The 2016 Grammy Awards were legendary. From Adele and Lady Gaga, to Justin Beiber and Taylor Swift – let’s recap all of the red carpet looks from music’s biggest night! 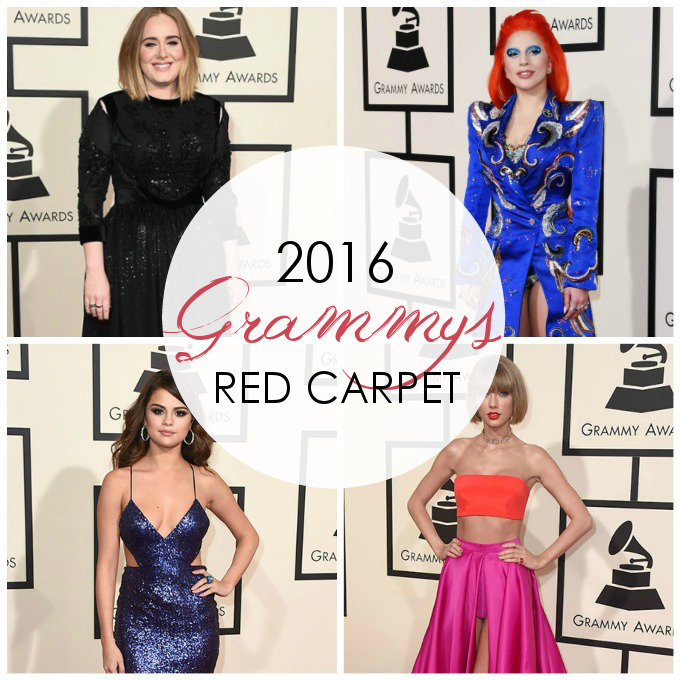 Well, Rihanna got sick and bailed. Lady Gaga transformed into David Bowie before our eyes. Taylor Swift solidified her friendship with Selena Gomez and Adele brought down the house. The 2016 Grammy Awards were held on a Monday this year, meaning Brits everywhere rejoiced in not having to run the BAFTAs opposite music’s biggest night for a change. And OH what a night it was! Truly, the Grammy Awards earned their place on the map this year. With one chill-raising performance after the next, it was a true celebration of the rich heritage of American music.

The Grammy awards were SO good in fact, that I didn’t even care (for the most part) that the fashion was pretty lackluster this year. In fact, short of Lady Gaga – I’ll probably forget it all by morning. *poof* But, for kicks, I couldn’t escape rounding up the red carpet looks for us all to enjoy. After all, it’s what David Bowie would want!

On that note, queue the drum roll. For better or for worse, here are the red carpet looks from the 2016 Grammy Awards!!

Okay, spill. Who tops your best and worst dressed list?

they pretty much look all horrible, but Monika is the worse! Best looking Zendaya.