Who was your first ‘style icon’? Do you remember? I certainly do!

In light of the Grammy Awards on Sunday, I thought ‘Hey! Let’s have a Flashback Friday!’ to celebrate the style evolution of the very first person whose style I paid attention to: Gwen Stefani. See, way back in the day, my best friend and I had an embarrassingly large crush on her boyfriend (now husband) Gavin Rossdale and were quite enamored her style. Neither of us had a CLUE about fashion, but were fascinated by the level of originality she brought to occasions like the Grammys, VMAs or American Music Awards. Whatever the event, she always came along marching to the beat of her own drum.

Gwen is one of those coming-of-age artists that can really take me down memory lane. From Don’t Speak to Hollaback Girl, she’s put out countless anthems that I’ve belted out at the top of my lungs…on repeat. She’s the cool girl best friend we all had growing up, so let’s take a minute to celebrate Gwen and some her greatest fashion hits at the Grammys! 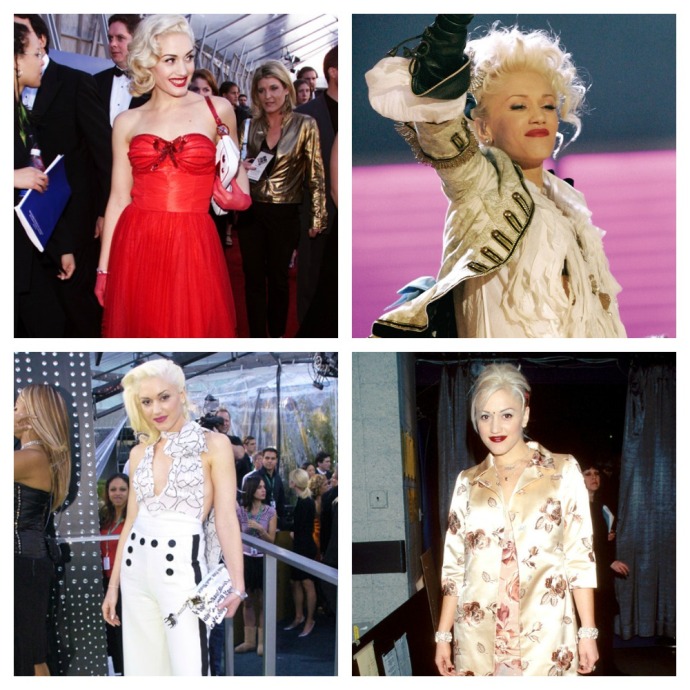 Over the years I’ve watched the evolution of Gwen Stefani’s style. She’s done the blue hair thing, the pink her thing, and of course the platinum blond hair thing. She did bejeweled foreheads and mesh skater clothes. She had her Harajuku Girl phase and bared her midriff long before Britney Spears came along. At one point, she even sported braces. Yup! Gwen’s style in the late 90’s/early 2000’s was a mix of tom-boy and punk elements. Now? Her look’s more sophisticated, but remains every bit as daring.

Gwen Stefani’s got a slew of red carpet looks we could dissect and obsess over, but today we’re focusing on the Grammy Awards. It was 1997 when Miss Stefani made her first Grammy carpet appearance, accompanied by her band No Doubt. Then, she wore a head to toe floral print and it’s been a major uphill climb from there! 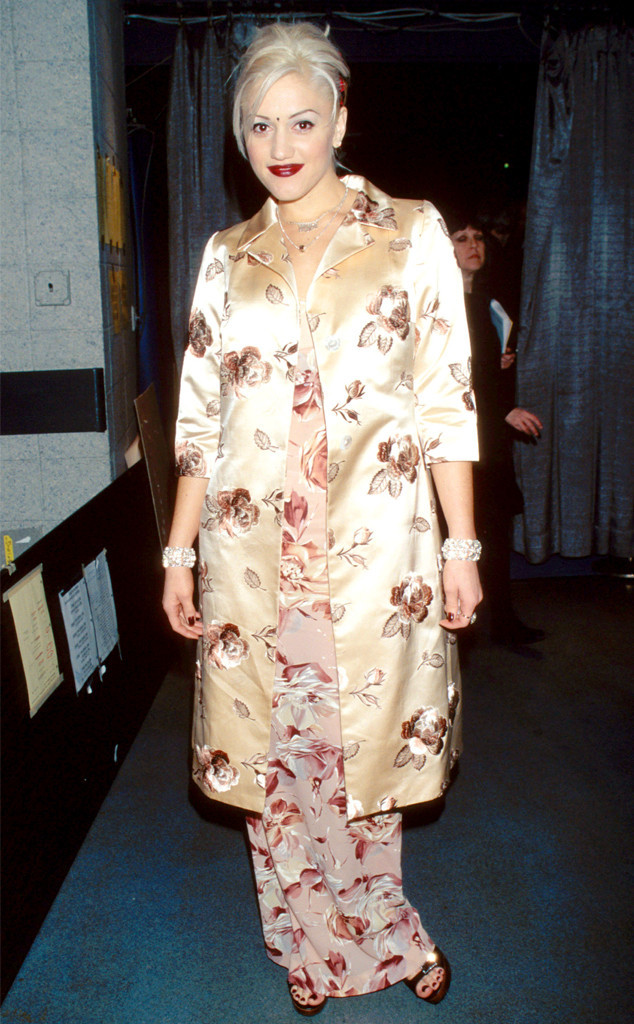 Gwen in floral dress and coat at the 1997 Grammy Awards. 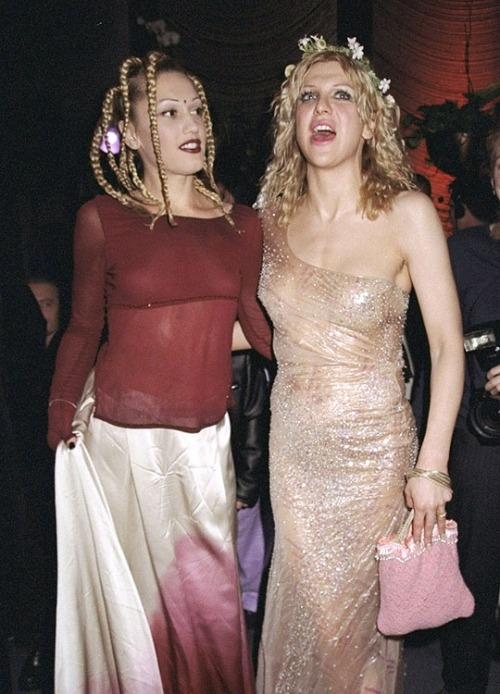 At the 1998 Grammy Awards, Gwen sported dreadlocks and posed with Courtney Love. 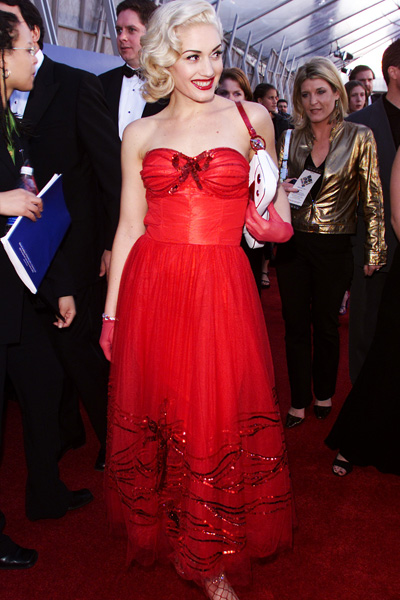 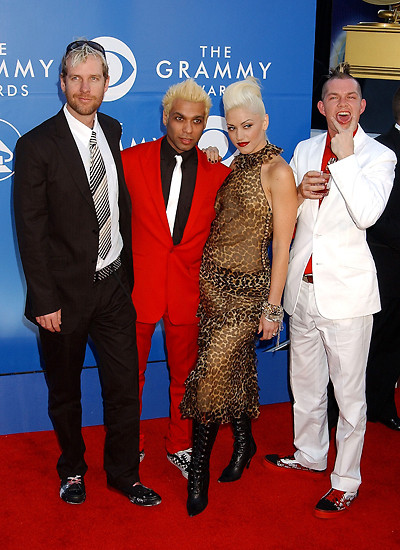 In 2002, Gwen sported a sleek mohawk hairstyle with an animal print dress. 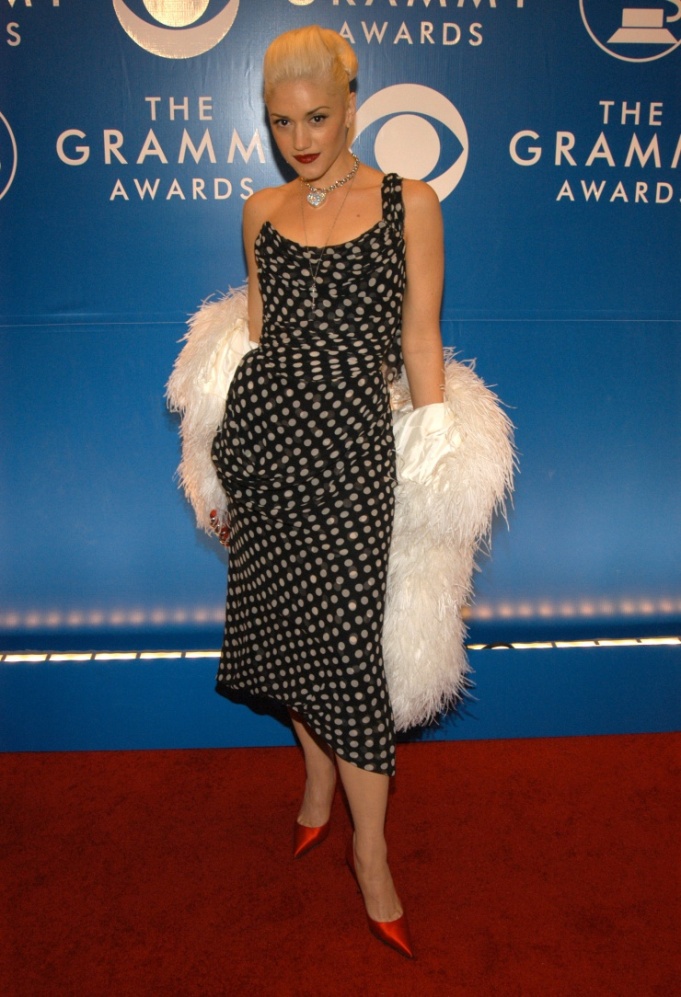 At the 2003 Grammy Awards, Gwen Stefani wore this polka-dotted Vivienne Westwood dress on the red carpet. 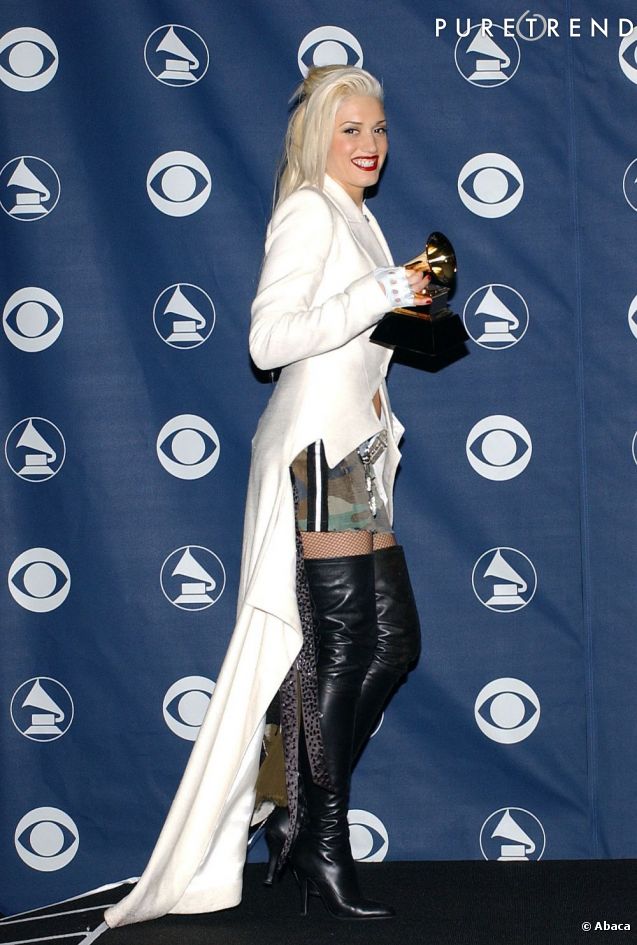 Later in the night of 2003‘s Grammys, Gwen blended camo, black leather and a tuxedo jacket with train. 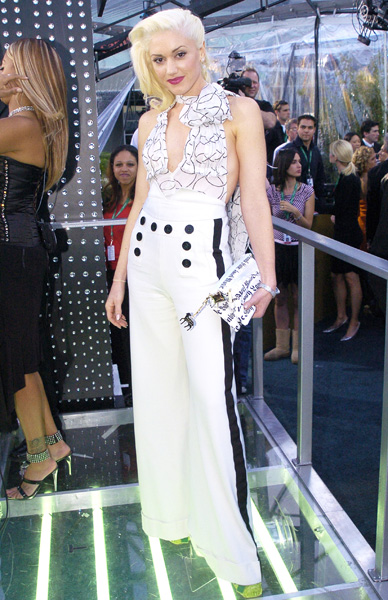 At the 2004 Grammy Awards, Gwen sported sailor pants and a plunging neckline from her own label, L.A.M.B. 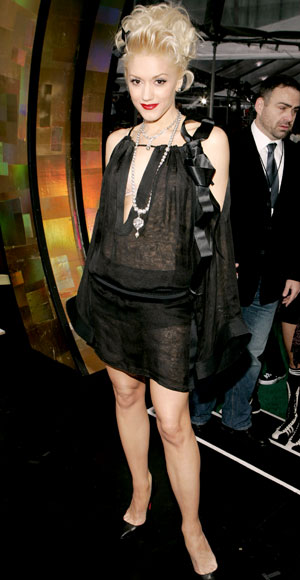 Gwen wore Viktor and Rolf to the 2005 Grammy Awards. 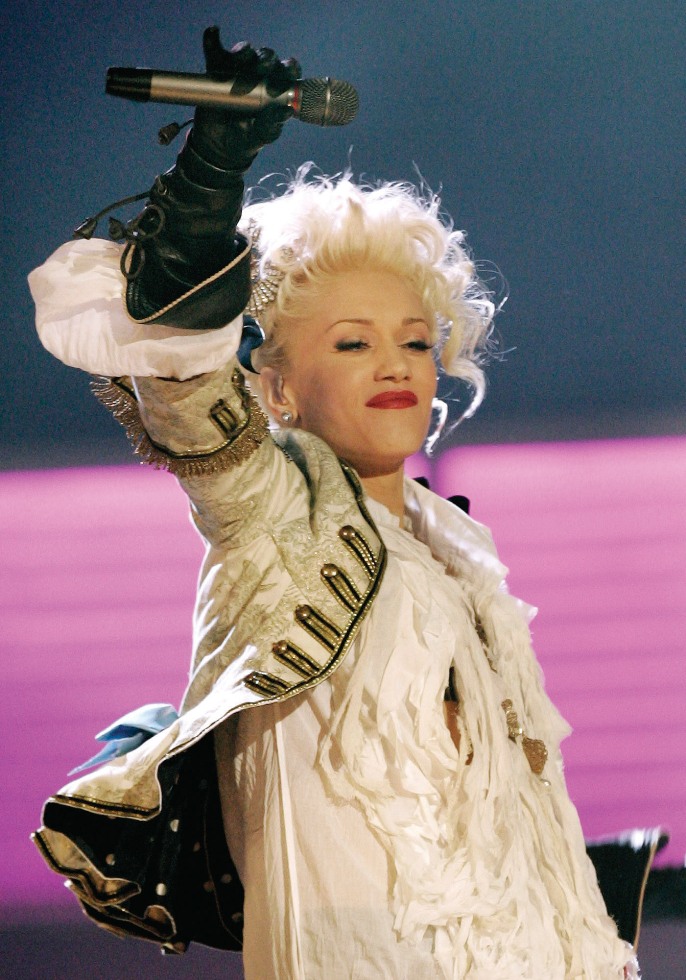 Gwen performed at the 2005 Grammys in a marching band jacket, leather gloves and blouse. 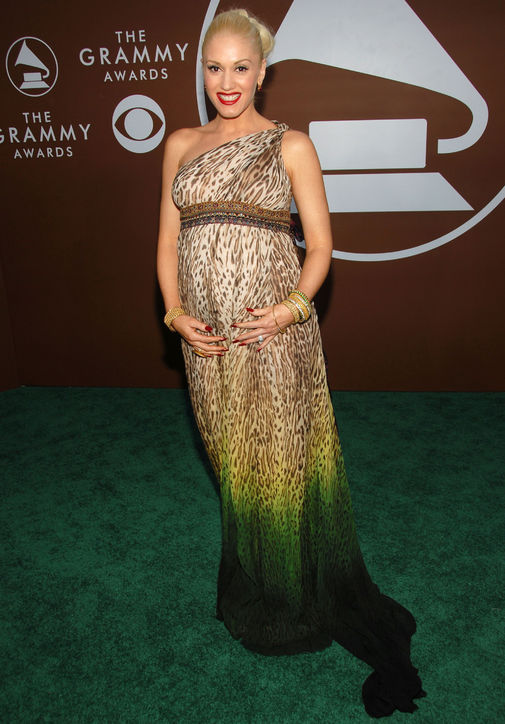 Pregnant with her son Kingston, Gwen attended the 2006 Grammy Awards in this animal print with green ombre.

It’s been a while since Gwen’s attended the Grammy Awards, so it will be exciting to see what she turns up in on Sunday. Likely she’ll be wearing L.A.M.B., but I’m hoping for some color! Another person I’m really looking forward to is Madonna. She’s also slated to perform and has a rich history of Grammy looks. Madonna’s recently partnered with Versace, so I’m guessing she’ll wear something from them – but you never know!

Of course, I’ll be live-tweeting both the red carpet and the awards show and would love for you to join in! Social media definitely makes these award shows more fun, right? The more, the merrier!

Who was your first style icon?