When it comes to fashion, I’m all about the clothes. And so, I usually sidestep discussion of ad campaigns because to me – I like to keep the focus on the clothes – their color palette, silhouette, material, etc. – and away from artistic approach to selling them.

That is, until Chanel unveiled their Cruise 2016 Collection campaign, shot by Karl Lagerfeld, and I couldn’t help but notice something missing. 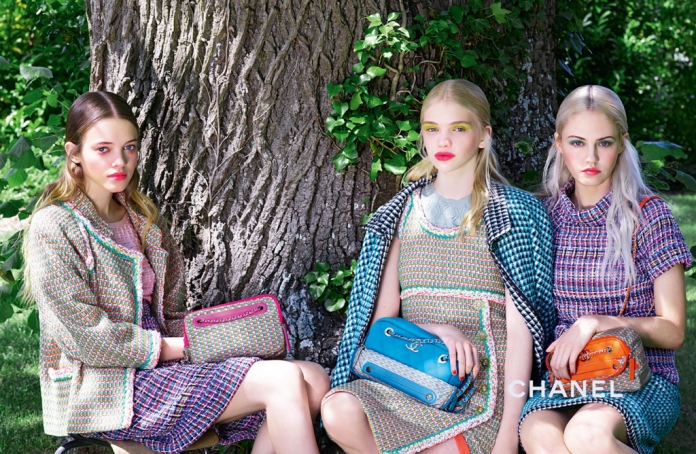 Fashion girls everywhere will remember, the Chanel‘s Cruise 2016 collection was Korean-inspired and the elaborate runway fashion show was famously held in Seoul last spring. You could say, it was a bit of a spectacle – given that the runway show ran opposite fashion’s biggest night of the year: the Met Gala. Given the long, ongoing friendship between Anna Wintour and Mr. Lagerfeld, people were abuzz with shock that he would stage such a major event, half way around the world on the same day as the gala. It seemed an unmistakable ‘fashion’ faux pas.

In other words, Karl Lagerfeld really went ALL in on this Seoul collection. After the initial shock of the show running opposite the Met Gala, the Cruise 2016 collection debuted to rave reviews and is probably some of Lagerfeld’s best work in many seasons. The collection was colorful, fun and seemed to breathe new life into the tweed overcoats that had grown a little stale over the years. The show was also a big hit, as Korean and Asian models walked the runway.

Now, we’re in October and it’s now time to give way to the ad campaign (shot by Lagerfeld) for this notorious Korean-inspired collection…only, there was something missing. Somehow, there are no Korean models in sight. 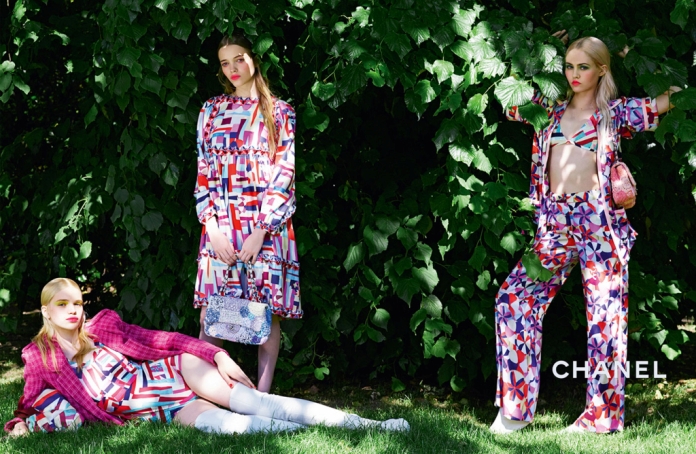 Sure, there’s no denying the beauty and appeal of the campaign. The clothes are gorgeous, the models are beautiful, as is the hair and makeup. Karl’s really cultivated his photography skills, delivering images that play beautifully with light and shadows. With all that though – doesn’t it seem odd for a collection centered around Seoul, Korea to be marketed on three very white (and stunning) models.

I bring this up, because for the past few years as the fashion industry has often been criticized for ‘white washing’ – I sometimes felt like it was a bit extreme. Like people were being overly judgmental for the sake of being judgmental. That their criticisms weren’t necessarily pragmatic as there are models of different ethnic backgrounds working. Yes, they’re in the minority…but they are there…and in my book, that’s progress.

Today, though, when looking at Chanel’s Cruise 2016 campaign, it really struck a nerve with me and suddenly people’s cries of a ‘white washed’ fashion industry seemed to really have real weight.

Why didn’t Karl choose to include a Korean model to sell the clothes?

Was it a deliberate decision, or just an oversight?

Truth is, we’ll probably never know. It’s not likely that Chanel will be hosting a press conference or sending out any press releases explaining their casting choices, but I thought I’d mix things up a bit on Dream in Lace and pose the question of just white-washing means to you. Does it offend you? Does the fashion industry have a responsibility to include a variety of models, and not just the pretty white ones? Or, does it not matter at all?

Please, let me know! As a white, American female myself…I don’t feel like I’m in a strong position to pass a whole lot of judgement. But, it does seem a bit off somehow — doesn’t it? Are we being silly? Is this just another ‘white girl problem’? OR, white-washing a reality in designing ad campaigns? You decide!

Thank you for reading! You can see the full collection, here, on Vogue.