It’s always fun to spend a few hours pretending I’m still in Jr. High, and nothing screams adolescence quite like the MTV Video Music Awards. 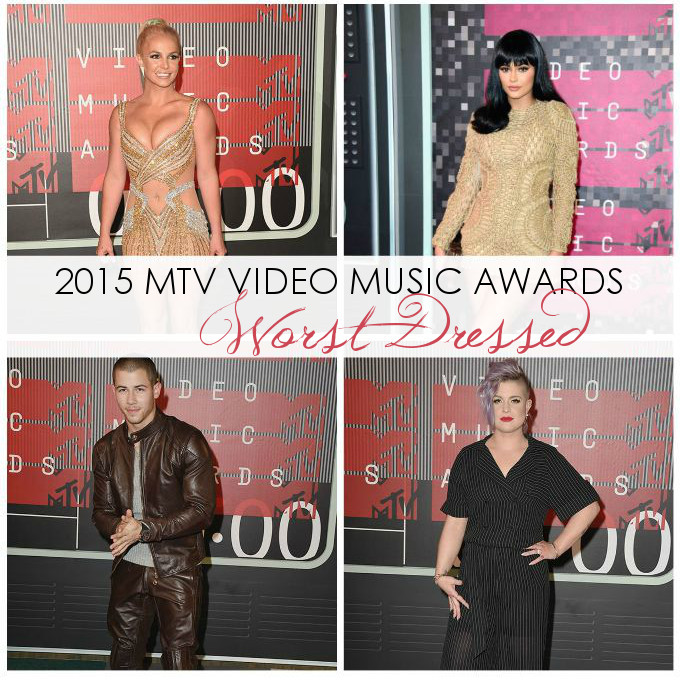 The 2015 VMA’s had a lot of promise this year, with Miley Cyrus as host and Taylor Swift (and her Bad Blood squad) in attendance. The show opened with Nicki Minaj in the headpiece of the century, and from there it was a bumpy night. The most headlining and awkward moment of the night was TSwift presenting Kanye West (who admitted to being high) with MTV’s version of a ‘lifetime achievement’ award. In true Kanye fashion, he accepted the award with a lot of babble as wife Kim Kardashian looked on lovingly. He closed off his speech by announcing his run for president in 2016, and oh to be a fly in Donald Trump’s mind right now 😉

Needless to say, the VMAs lived up to the tradition of being a bit “out there” of an event…including the fashion. The guest list seemed a bit shorter than usual this year, but I still managed to round up a Worst Dressed list that left me feeling quite perplexed at times. Let’s start off with Miss VMA – Britney Spears! 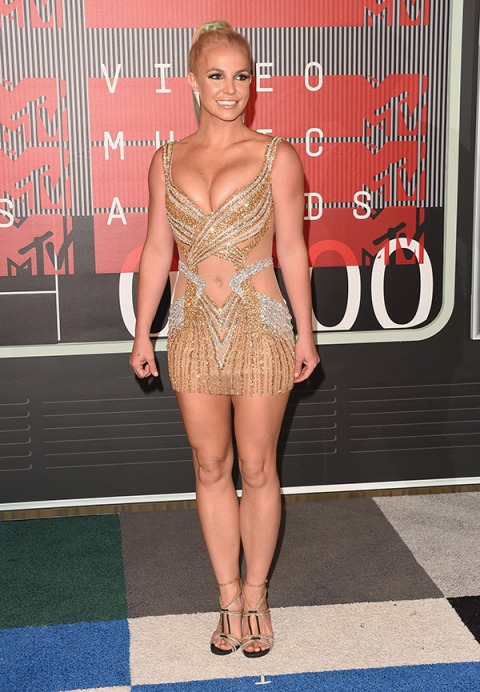 Britney Spears in Labour Joisie
When it comes to VMA legends, Britney Spears is at the very top of the list and just seeing her there made me smile. These days, Brit is shaking it off in her live Las Vegas show, and from the looks of it – Vegas is starting to go to her head. She looks like she’s been show-girled within an inch of her life. 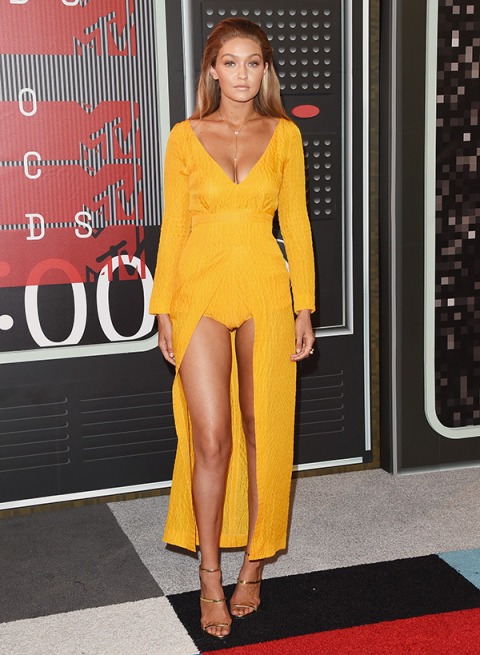 Gigi Hadid Killed by a Hair Stylist
Who knew it was even possible to make the knock out Gigi Hadid look questionable, but guys — some stylist in the LA area managed to do it. Here we have, Gigi as ‘Donald Trump Barbie’. 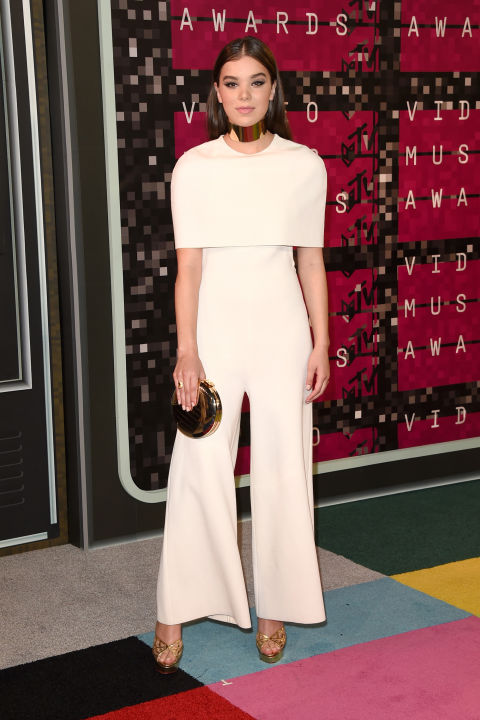 Hailee Steinfeld, Stiff as a Board
Frankly, I’m confused enough to see someone as young as Hailee in a pantsuit designed for someone over 40. Add to the mix that she’s wearing it on the red carpet for the MTV Video Music Awards of all places, and I’m COMPLETELY confused. Girl, lighten up! That choker and arm wrap are teaming up to suffocate you. 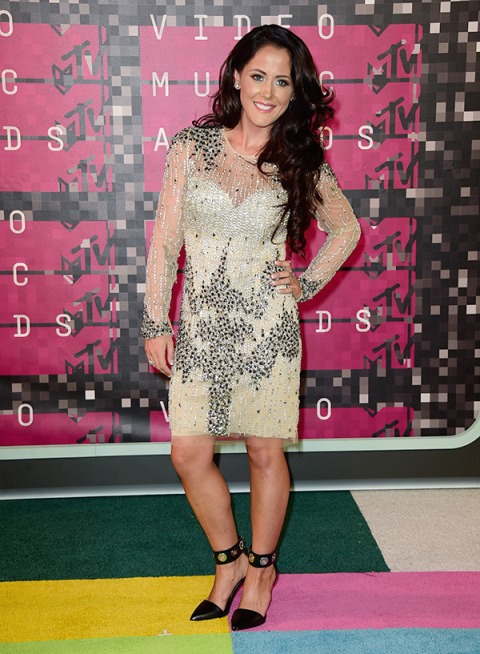 A Lady Named Jenelle Evans
Apologies for not knowing who you are Jenelle, but I’m too confused by your decision to wear a dress half-eaten by moths to make a proper Google search. 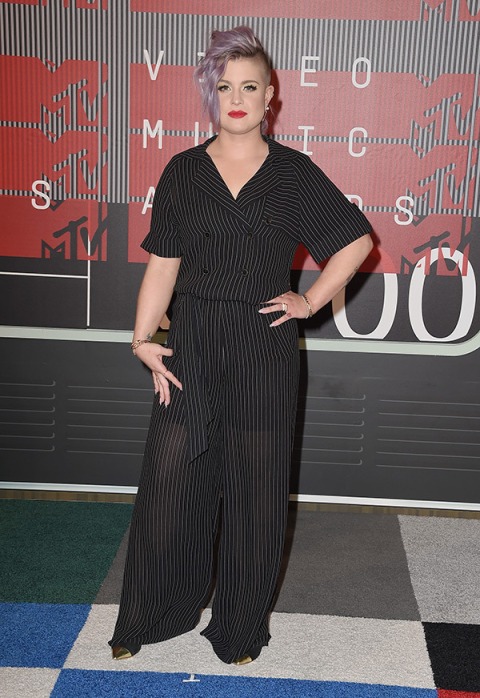 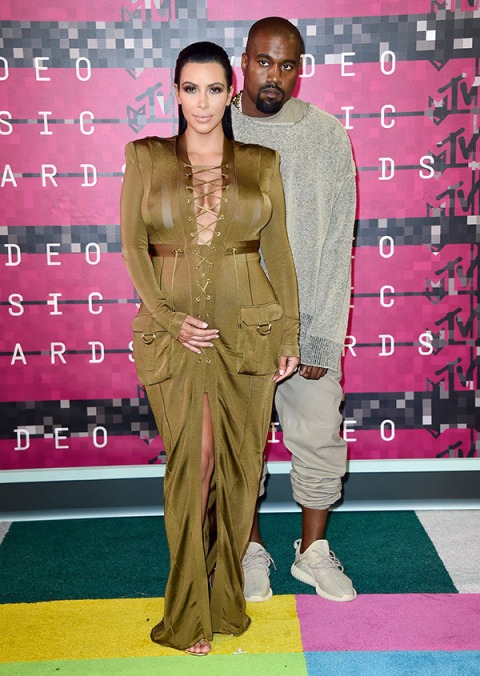 Camo-Kimye
I respect that Kim Kardashian is pregnant right now, and vote this is a DRAMATIC improvement over that horrific Met Gala sofa she wore during her first pregnancy. As much as I want to give her a pass though, I can’t help but feel I could pitch a tent with this Balmain number…And in my book, if your dress looks like camping gear – it’s a dud. 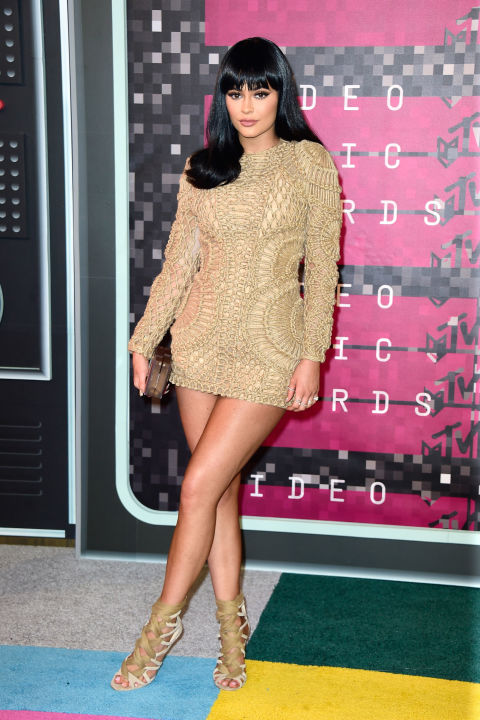 A Kylie Jenner Picnic
Or course, whilst camping with Kimye – feel free to enjoy a lovely afternoon picnic with Kylie. Bad wig and shoes aside, don’t think I missed that she is absolutely wearing a wicker picnic basket as a dress. A pretty picnic basket nonetheless, but still.. 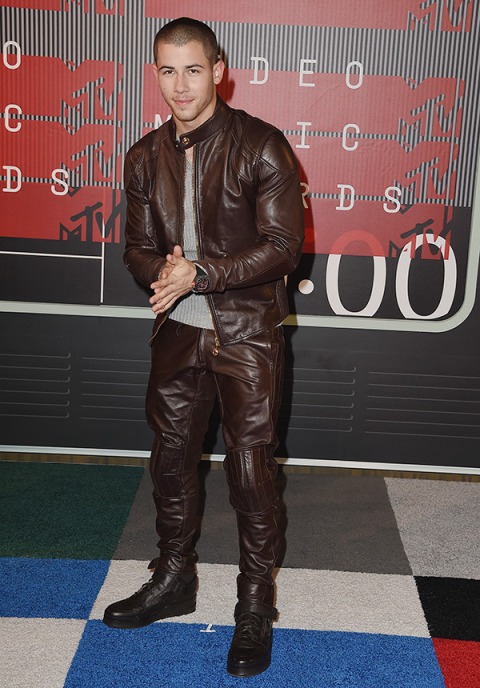 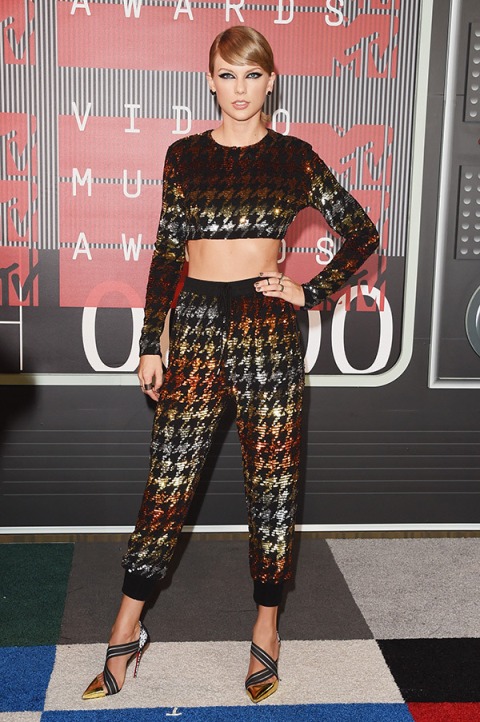 Taylor Swift Goes 80s with Ashish
My guess, TSwifty was aiming for a Bad Blood aesthetic when picking her ensemble, which is how she landed on the red carpet in this two-piece disco from Ashish. I do hate this, yes – but it does make me long for a Dynasty reboot with Taylor as a saucy vixen.

And that wraps up my ‘Worst’ dressed list. Of course, in true Dream in Lace style, I did put together a Best Dressed List – which has more than a couple surprises! (Seriously, I mean…the Beibs is on it???)

Who is your pick for Worst Dressed at the VMAs?

I can’t lie to you I am digging Gigi’s look okay haha, BUT Britney my god talk about sausage bursting out of it’s skin, and the whole kim k kylie thing is just so bad! haha oh dear xx

Britney needs to learn there’s no shame in going up a size. No one will know! 😉