Hollywood stars are getting smarter – and apparently better stylists. But, that doesn’t mean they’re immune to fashion fumbles. As we mourn the end of the 2016 award season, let’s have a chat over the more perplexing looks of the night’s red carpet. Here are my picks for the Worst Dressed of the Oscar red carpet! 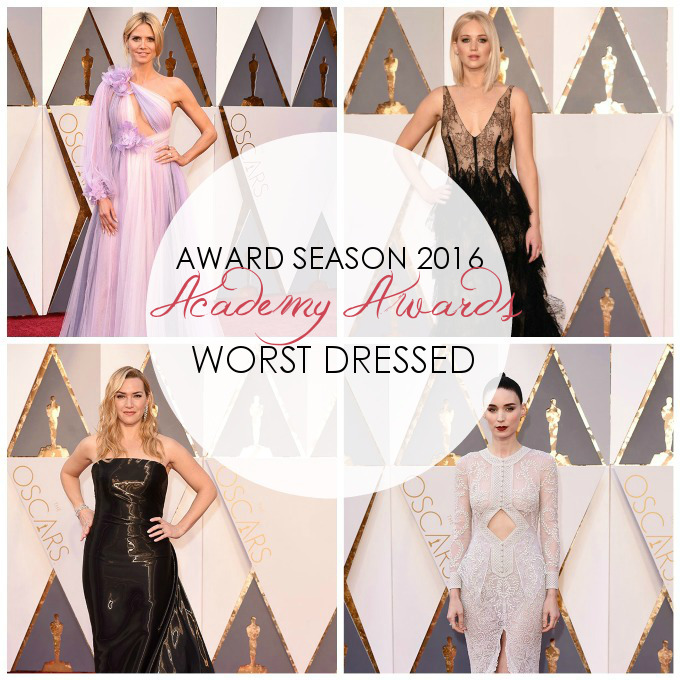 I had very high hopes for the Oscar red carpet this year. With an attendee list that includes greats like Cate Blanchett, Julianne Moore, Rooney Mara and Jennifer Lawrence, how could you not look forward to the fashion? Each of the above is known for pushing the boundaries of fashion and there seems no better time to really pull out the stops than at the Academy Awards.

With the 2016 Oscars getting so much buzz for the lack of diversity and the social media movement to stop asking actresses who they are wearing, perhaps these seven ladies decided to just take it easy.  You know, fly under the radar. Perhaps it’s not so much a Worst Dressed list but instead a list of the unenthused.

Whatever the case may be, here are seven ladies who turned up at the 2016 Oscars looking a bit off the mark. My picks for seven worst dressed are: 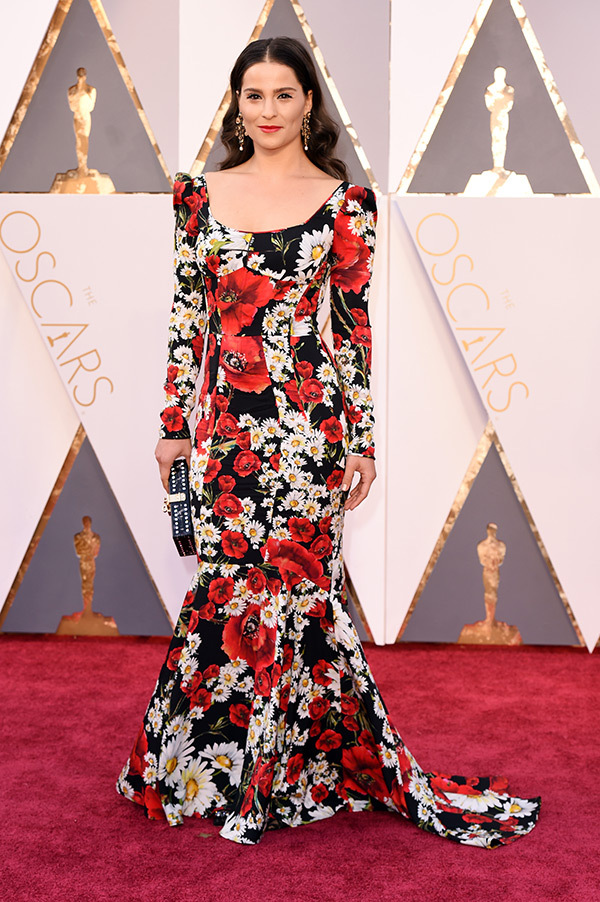 Gianna Simone in Dolce and Gabbana

Prints are tricky, you see. When worn correctly, they can be fabulous. When worn incorrectly, you can come off looking like a seriously bad craft project. Shame she couldn’t wear one of the gorgeous gowns from Dolce’s Fall 2015 Alta Moda collection…because there were some REAL gems! 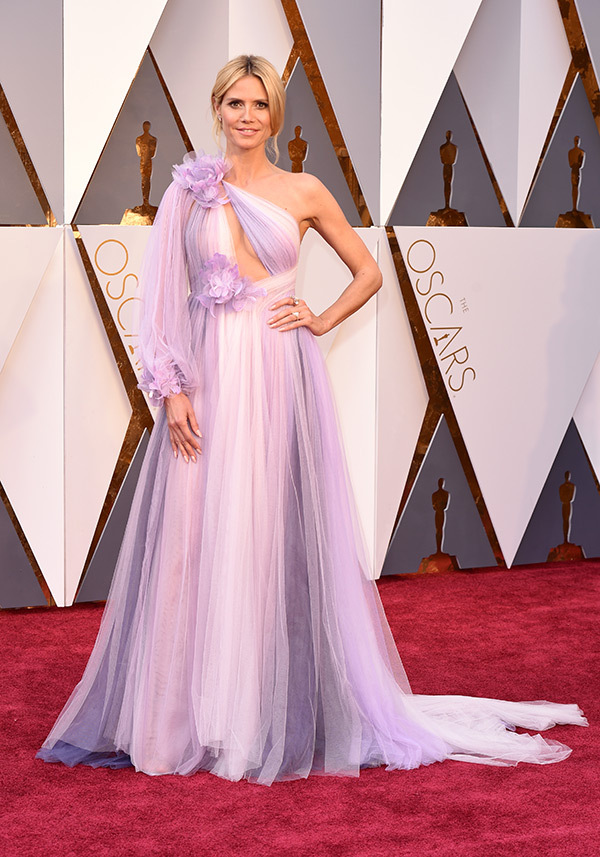 I would feel bad for continuing to put Heidi on my worst dressed lists, but then…she keeps showing up at these things for seemingly no reason in frightening gowns like this mess. Marchesa is very much a ‘tread lightly’ line…and this is not treading lightly or flattering in any way. 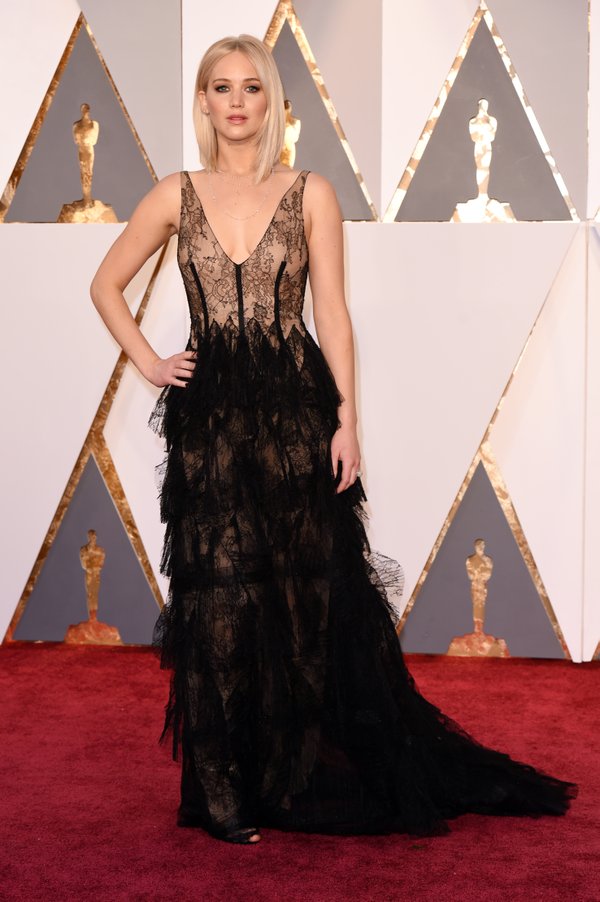 Perhaps she’s as over this partnership as we are? 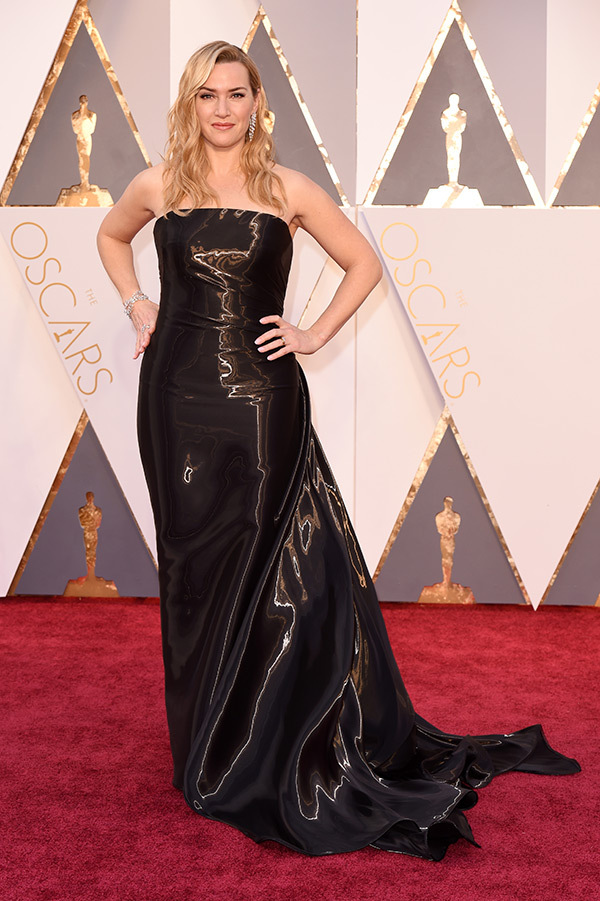 It’s a HUGE shame that Kate passed on the runway version of this Fall 2016 inspired Ralph Lauren, because the smooth gold would have been perfect for her. Instead, she opted for black and showed up looking like a tragic oil spill. It’s sweet that she’s there, for Leo, but couldn’t she have found something better?

On the runway and initially on my television screen, I really liked this. But when putting it against the night’s other looks, it falls extremely flat and unflattering. I do very much love her choker and clutch. As for the dress, I think if the cleaned up the waist quite a bit, we could be in business. 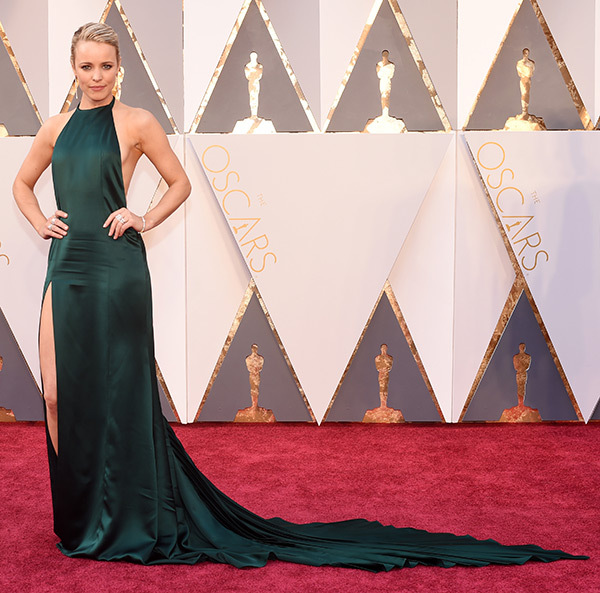 I thoroughly enjoy Rachel McAdams lately. Her work in True Detective and Spotlight have really opened my eyes to her in a new way. I’m happy to see her getting stronger roles and really nailing them. And so, I was really pulling for her on the red carpet. Unfortunately, this is a weak effort for me. I think she knew she wasn’t going to win, but she WAS an Oscar nominee. Dress like one! 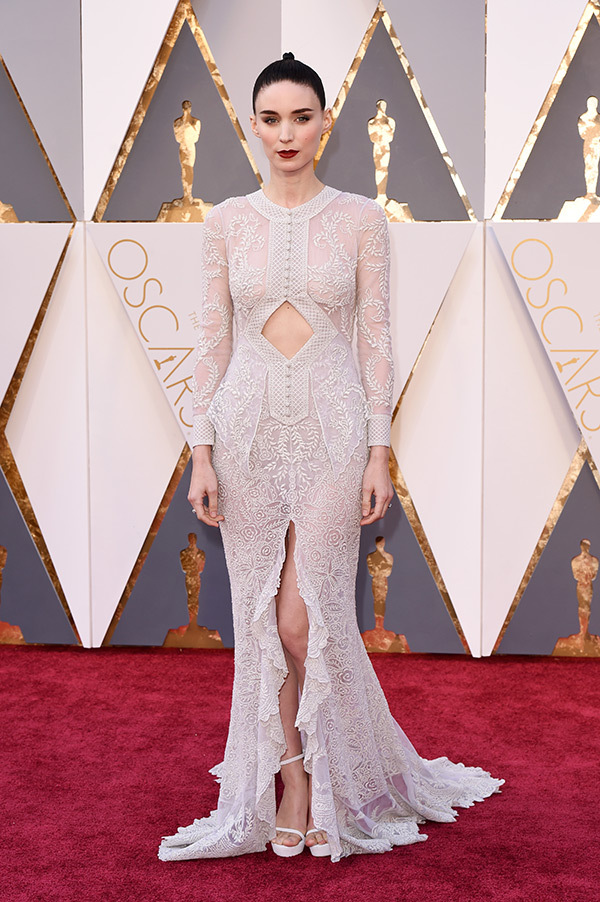 Rooney Mara has a real knack for picking the most drag look from an otherwise wonderful collection. She does it time and time again, from designer to designer. And so, here we are again as she took an otherwise fabulous black gown from Givenchy Spring 2016 and frumped it down. All of the drama and appeal of the original is lost. I also think she would look so much better if she smiled….and had better shoes….and hair. Okay, I just don’t like it at all.