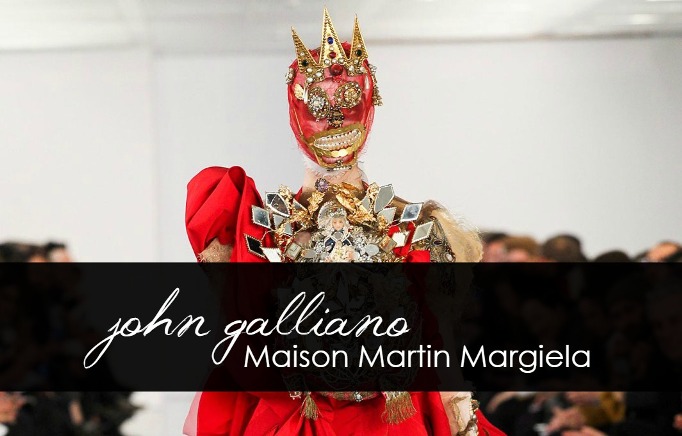 Yesterday, while we were all salivating over and debating the best and worst fashion of the Golden Globes, a very special event took place in London: #MargielaMonday, which marked John Galliano’s return to fashion. Galliano, who has remained relatively absent since his 2011 anti-sematic scandal, debuted his first collection as Creative Director of Maison Martin Margiela. On the runway? Margiela’s Spring 2015 Haute Couture Collection.

Aesthetically, the scene and collection were very understated for Galliano, who is known for his dramatics and grandeur. The runway hosted a relatively small gathering of 100 people and the 24-look collection stayed focused on Margiela’s signature theme of deconstruction. Through the fashion Galliano spoke to the world, the message? A haunting and humbling apology.

Demonic embellishments, a blood red palette and masked monarchs told a dark, aristocratic tale…notably similar to John Galliano’s own fall from grace. For many, Galliano was considered King in the fashion industry and that reign came to a brutal and devastating end, which still resonates today. I won’t go into the circumstances behind his exit from Dior, (most are well aware and Google is there to help those needing a refresher), but to say the name Galliano invokes a wave of emotion from the public would be an understatement. Many say he should never be allowed to return to the fashion industry. Others show forgiveness and welcome him with open arms. In this collection, Galliano stands up to both sides of the fence, owning his demons. 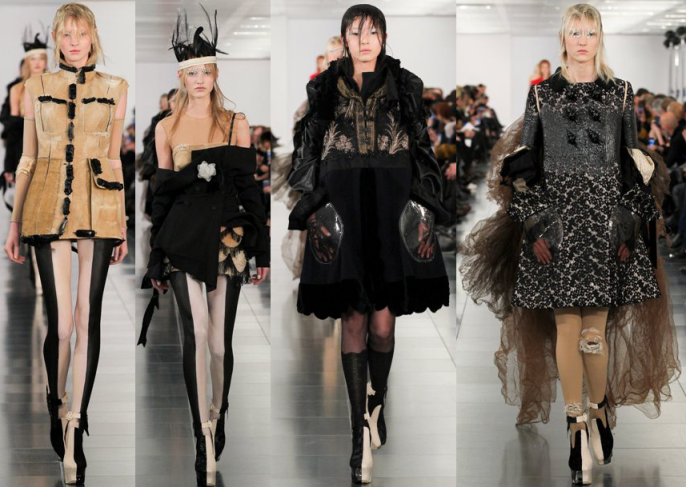 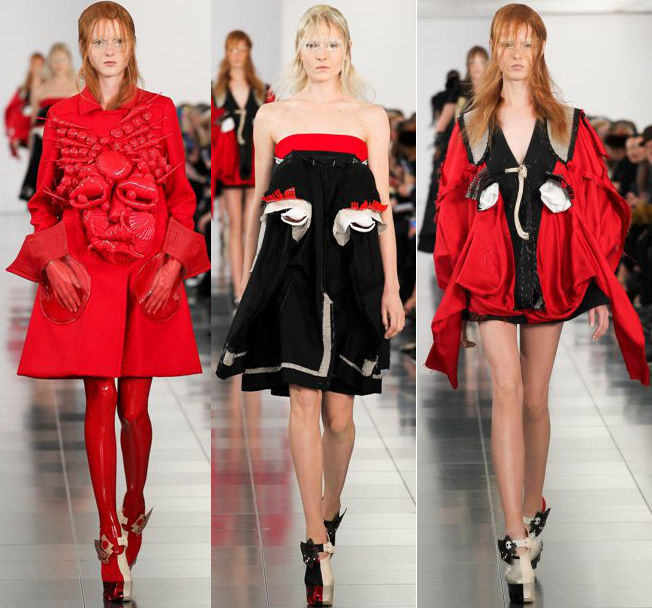 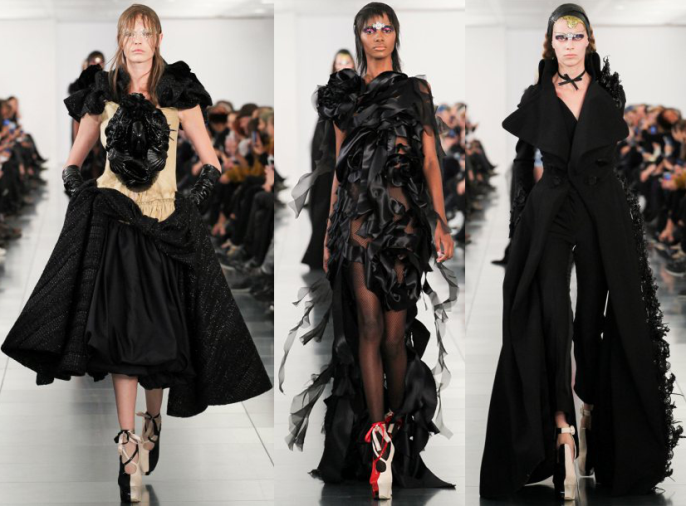 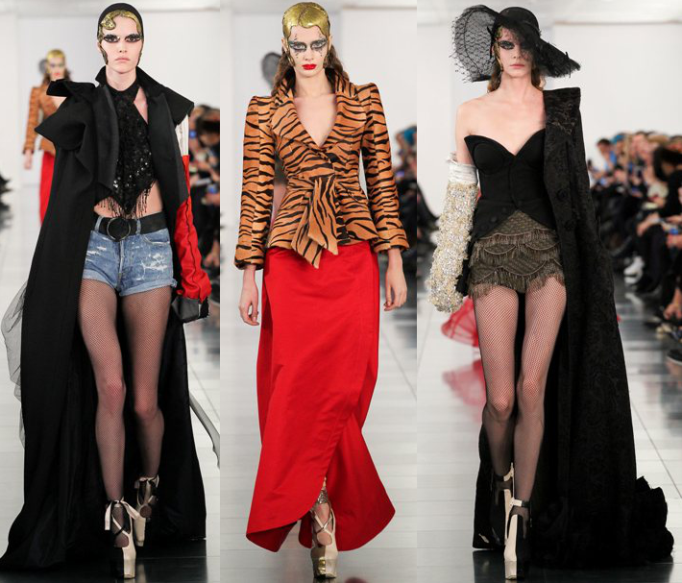 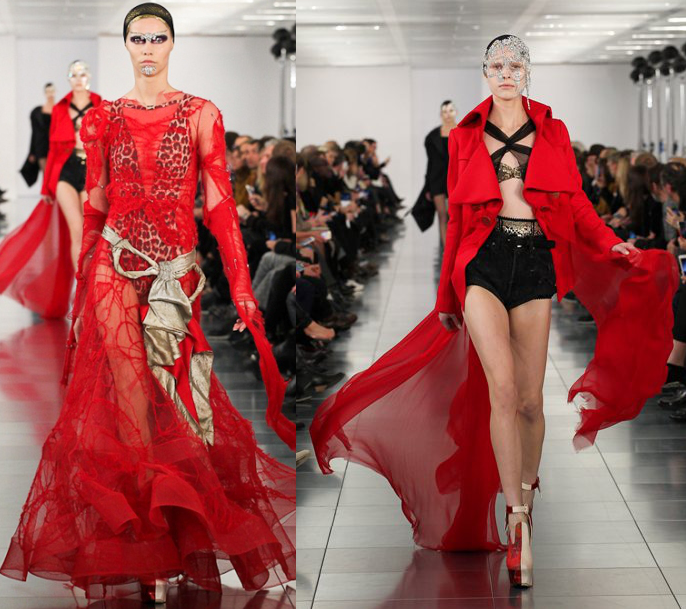 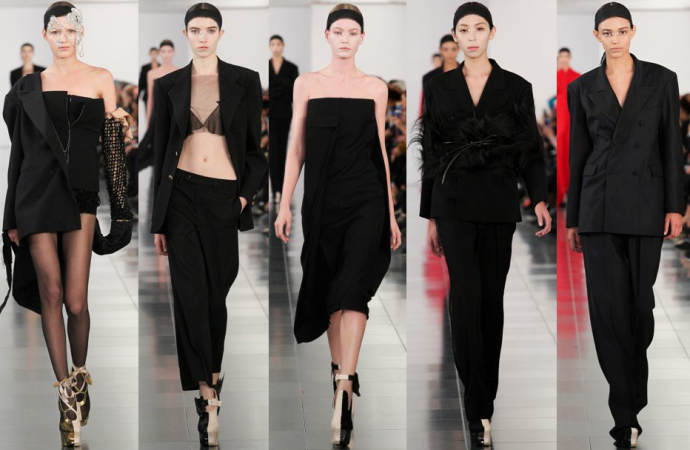 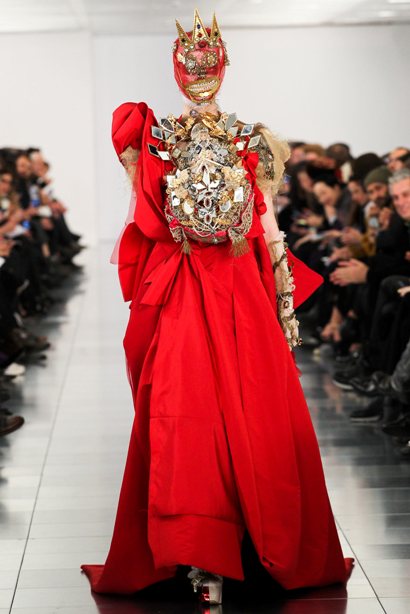 To me, John Galliano reentering the fashion industry at Margiela is not an issue of ‘forgiving and forgetting’, but rather a moment about moving on. No one makes excuses for his behavior, least of all Galliano himself. It’s truly a moment about fashion, accepting your mistakes and evolving past them.

Poignantly Galliano took to the runway for his finale bow a different man than the one we knew at Dior. In place of the iconic top hat and Dali mustache he famously wore was the traditional Margiela white lab coat. He’s accepted the close of one chapter and writing the first paragraph of a new one. Question is, will you read it?