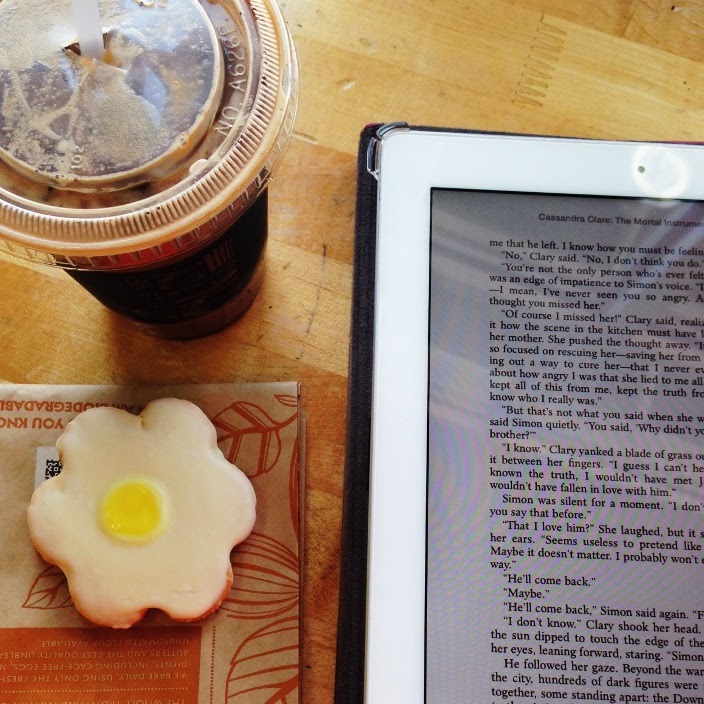 So, it’s been about a week and a half since I announced #MissionRead, aka my epic summer reading challenge (here) and so far, I’ve done my very best to keep my nose stuck in a book and I’m actually impressed with my progress thus far. In this first week I managed to finish The Mortal Instruments : City of Glass and make my way through most of The Mortal Instruments : City of Fallen Angels. WOOHOO! Success is mine.

I guess I should mathematically calculate how many books/pages I should read in a week to reach my goal…but that seems like too much work and too much pressure. But I think a book and 3/4s is very, very good. Especially when you factor in that I’ve been working long days and still managing to have a bit of a social life. In fact, what’s kept me from reading more is that by the end of the day I’m so tired that I’ve been conking out when I really do want to keep reading.

It does feel weird to try and give a review of a book that’s so old, especially in the week that the final book of The Mortal Instruments series launched. Everyone else is raving about City of Heavenly Fire while I’m still lingering around books 3 and 4. But, I do have to say that so far…I’m really loving City of Fallen Angels. Simon’s story is what has me hooked. In fact, I find myself dozing off during Jace/Clary parts and snapping back to when Simon’s around. What can I say? I like stories of self-discovery! And while Jace was on a path of self-discovery in books 1-3, now he’s discovered himself and can safely go to the backburner while I pay more attention to Simon.

Anyone else read The Mortal Instruments series? Whose your favorite character!

Torn on what to once I finish City of Fallen Angels. I could continue right into City of Lost Souls and then City of Heavenly Fire…OR I could spice things up and switch to a different series. Decision, decisions!

Regardless: it feels GREAT to strike a book off my to read list!

And again, please take a moment to follow me on Good Reads! I’ve been really trying to stay up-to-date with my reading there and would love to have more friends statuses to browse other than my own! 😉