From a psychological thriller and young adult fiction, to a signature HBO series – here’s everything I read and watched in the month of May! 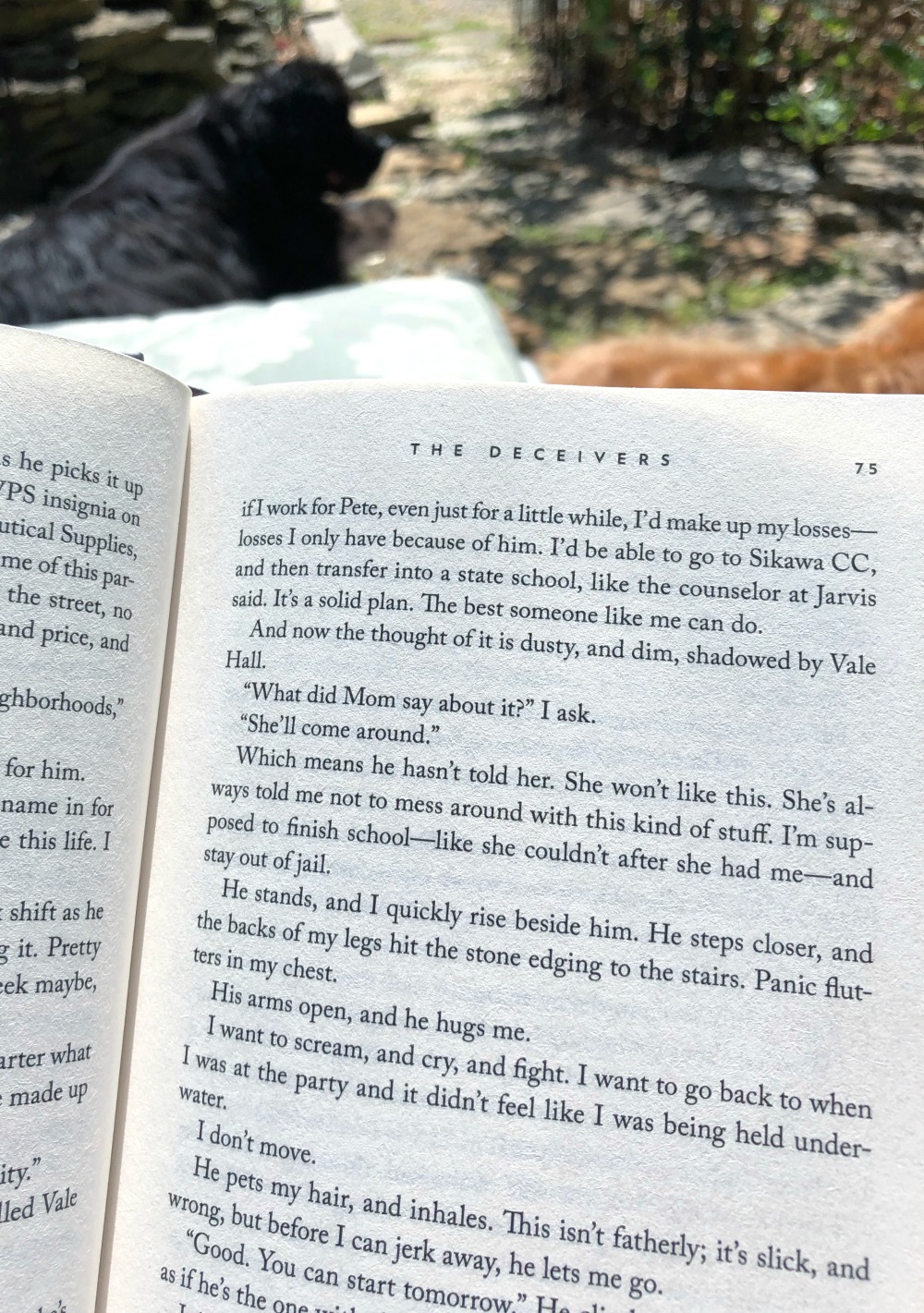 Hello there! Welcome back to another installment in my 2019 series where I share everything I read and watched in a month. The month of May as whole flewwww by for me and I really cannot believe we’re already in June. Seriously, where did the time go?

Everything I Read and Watched in June

If you saw my post on what I read/watched in April, you may remember it was month of viewing lots of things in the “horror” genre and reading two new works of nonfiction. In May? Things went in an entirely different direction! After failed attempt after failed attempt, I finally managed to start and finish two works of fiction. Viewing wise, I also *finally* got around to finishing off the second season of Westworld.

I know, I know. Everyone else was pumped about the final season of Game of Thrones but not me. Nope, instead I was revisiting the world of highly sophisticated robots and all the chaos that comes with it!

Beyond that, I have to say…I really didn’t watch any other television shows or movies. It was definitely a quiet month in that department. When I did have downtime, I found myself doing things like designing my dream house in The Sims or catching up on the latest drama on YouTube. (Hello, James Charles v. Tati Westbrook, anyone? Shook!) All in all, kind of lackluster.

If you want to know my thoughts on the two books I DID read in the month of May and Westworld season 2, keep reading below! 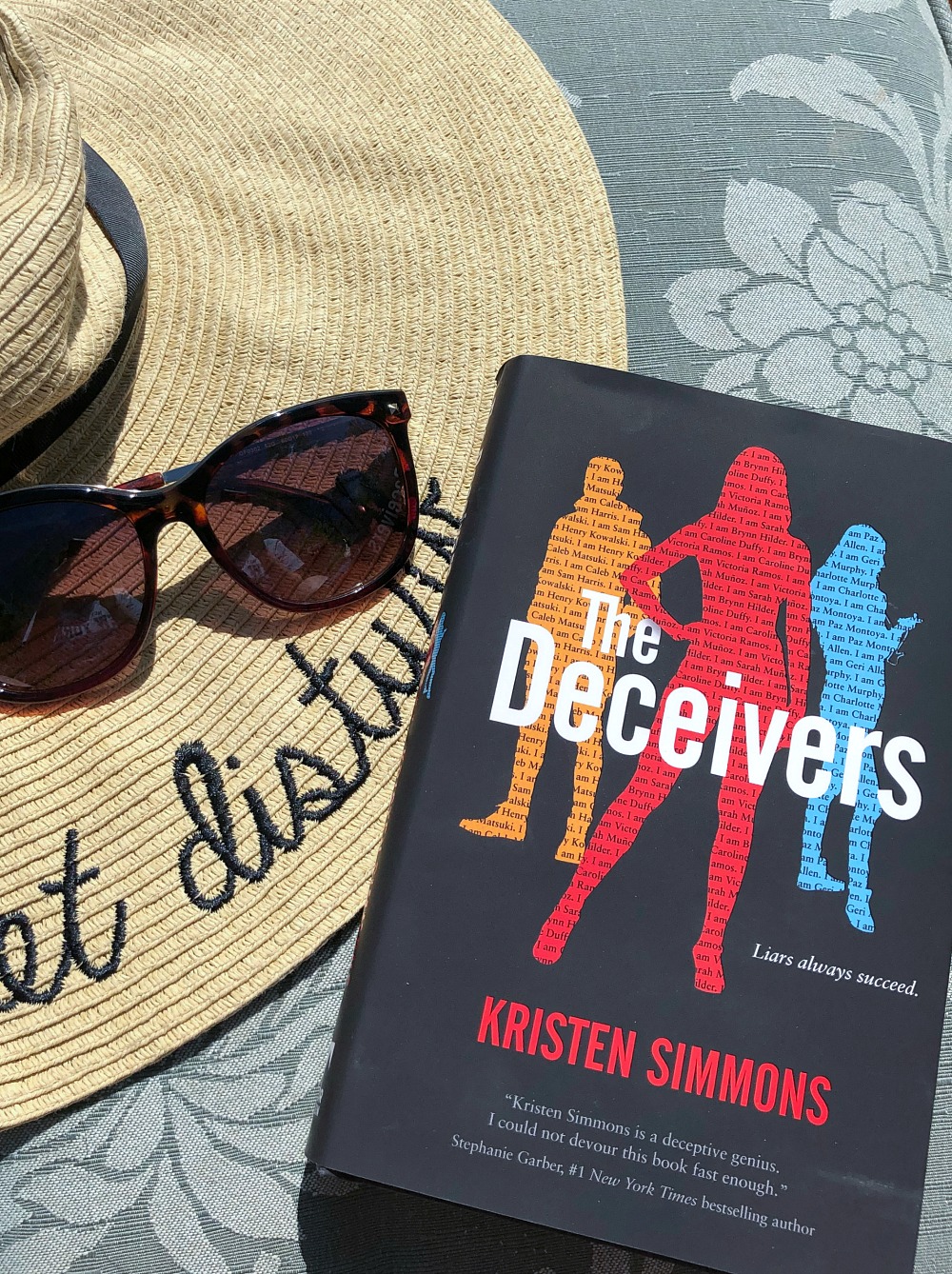 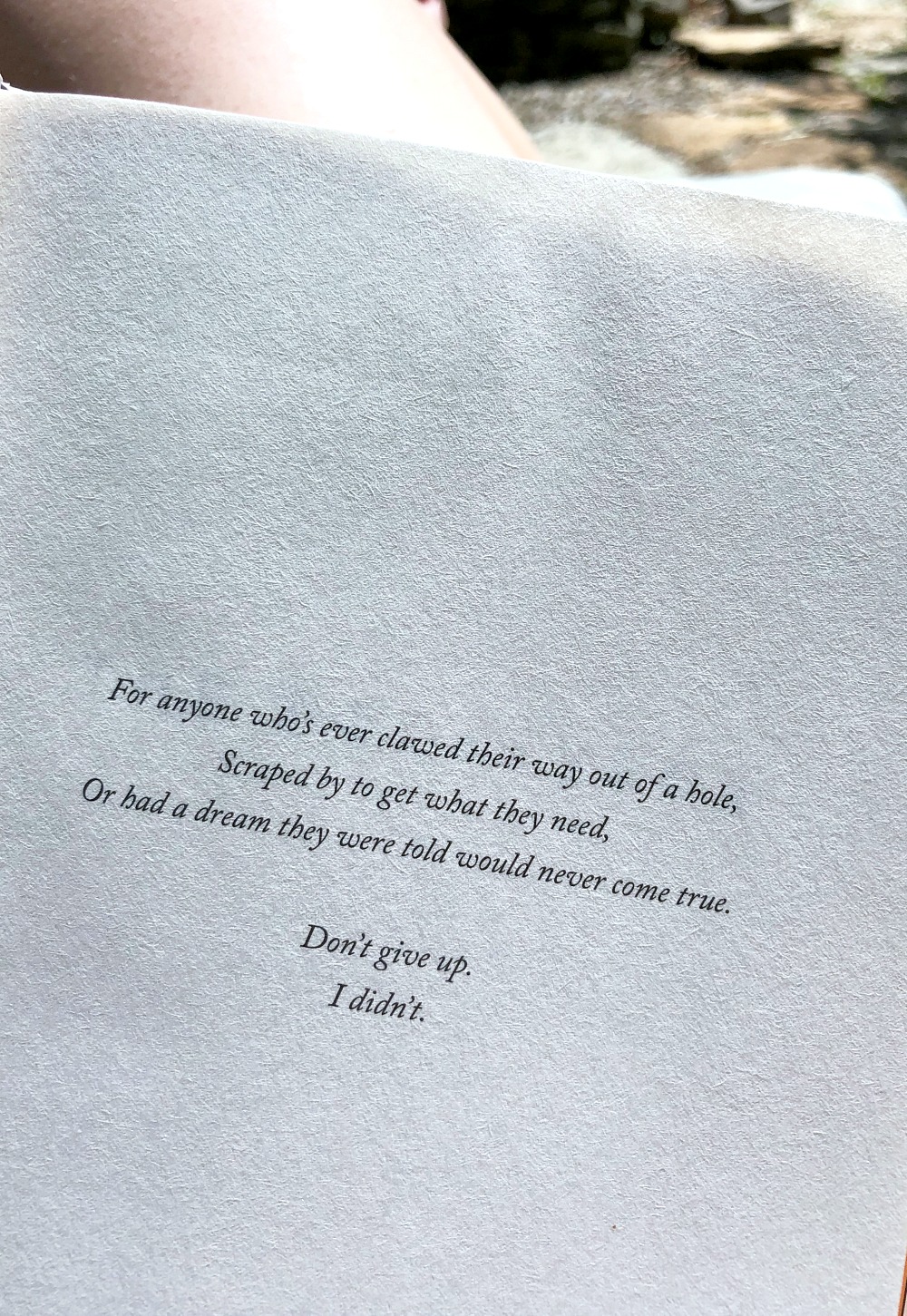 The Deceivers by Kristen Simmons

The Deceivers is a young adult novel that follows Brynne Hilder as she’s recruited to Vale Hall. While other schools focus on academic achievements, Vale on the other hand as a more interesting focus. It’s a school that recruits and trains con artists. Knowing her way around a good con, Brynn is eager to join in the school’s mission – but as time passes, the lines between right and wrong get awfully blurry. The school’s headmaster has secrets he’ll stop at nothing to protect and Brynn starts to feel she may, in fact, be in over her head.

Wow, this book made me ANTSY!

Being someone who is naturally upfront and honest, it actually kind of made my skin crawl witnessing just how cruel some of the scams pulled off in The Deceivers. Even though this is a work of fiction and the scams weren’t real, I found myself feeling just so incredibly bad for those being conned – to the point where I almost felt I was getting anxiety over this book. (That sounds admittedly foolish but it’s true!)

Obviously as a young adult fiction novel, it’s a relatively quick and easy read. I initially actually picked this up to read over my trip to Florida in February but ended up not getting to it. As soon as the weather turned nice in May though, I quickly grabbed this to read in the sunshine. The book definitely lived up to my expectation of being a great pool or beach read. Witty, fun and calculating!

Also, I wanted to be sure to share the dedication page with you. What an unexpected and inspiring message:

“For anyone who’s ever clawed their way out of a hole; scraped by to get what they need; Or had a dream they were told would never come true — Don’t give up. I didn’t.” 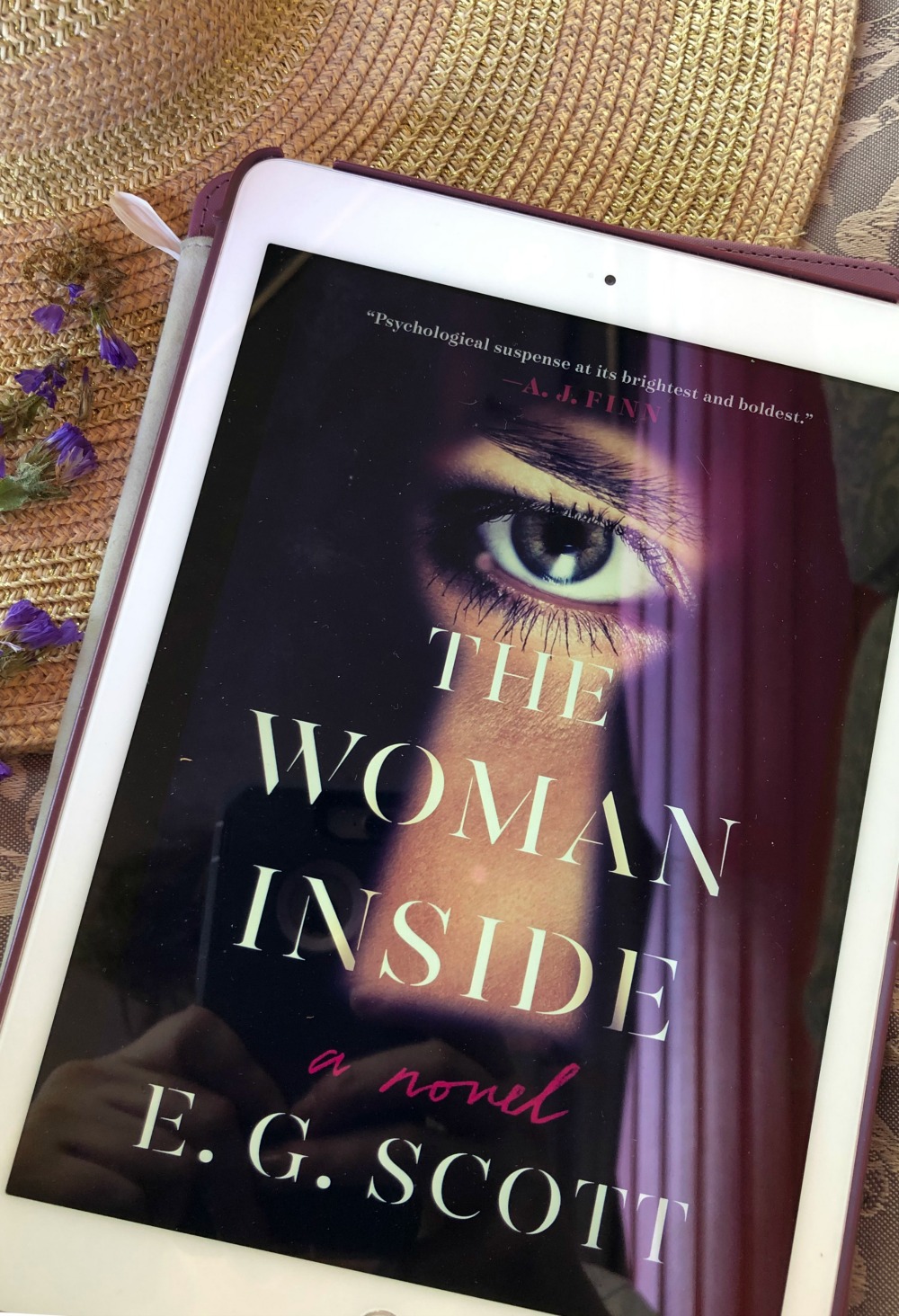 The Woman Inside by E.G. Scott

Twenty years into their marriage, Paul and Rebecca are drowning as the damage and secrets that ignited their love interest begins to consume (and suffocate) their marriage.

Paul’s having an affair. Rebecca is spiraling with an out of control opiate addiction. Their life is a mess.

When Rebecca puts two and two together, she orchestrates a devious plot that has the power to end everything and make you question just how well you can really know someone – particularly your spouse.

The Woman Inside was a bit of a rollercoaster for me in terms of just how much I liked it. There were stages where I thought, “Oh this is good!”. Then there were also stages where I felt it was predictable and almost redundant. The story begins with Rebecca discovering her husband has drained their savings of over one million dollars behind her back. That initially really sucked me in because, hello, that would be maddening!! From their my interest would wane a bit – then rise – then wane a bit — then really rise.

In the end, The Woman Inside did manage to surprise me enough that I say it’s worth a read – particularly if you’re into psychological thrillers. Rebecca and Paul’s marriage from the get go seems off – and as you make your way through the novel, more and more puzzle pieces fall into place.

Note, this is also a book I would recommend not knowing too much about. Go into it trusting E.G. Scott to take you on a ride and mentally go where the story wants you to. That’s definitely how I think you’ll get the most enjoyment out of the novel. 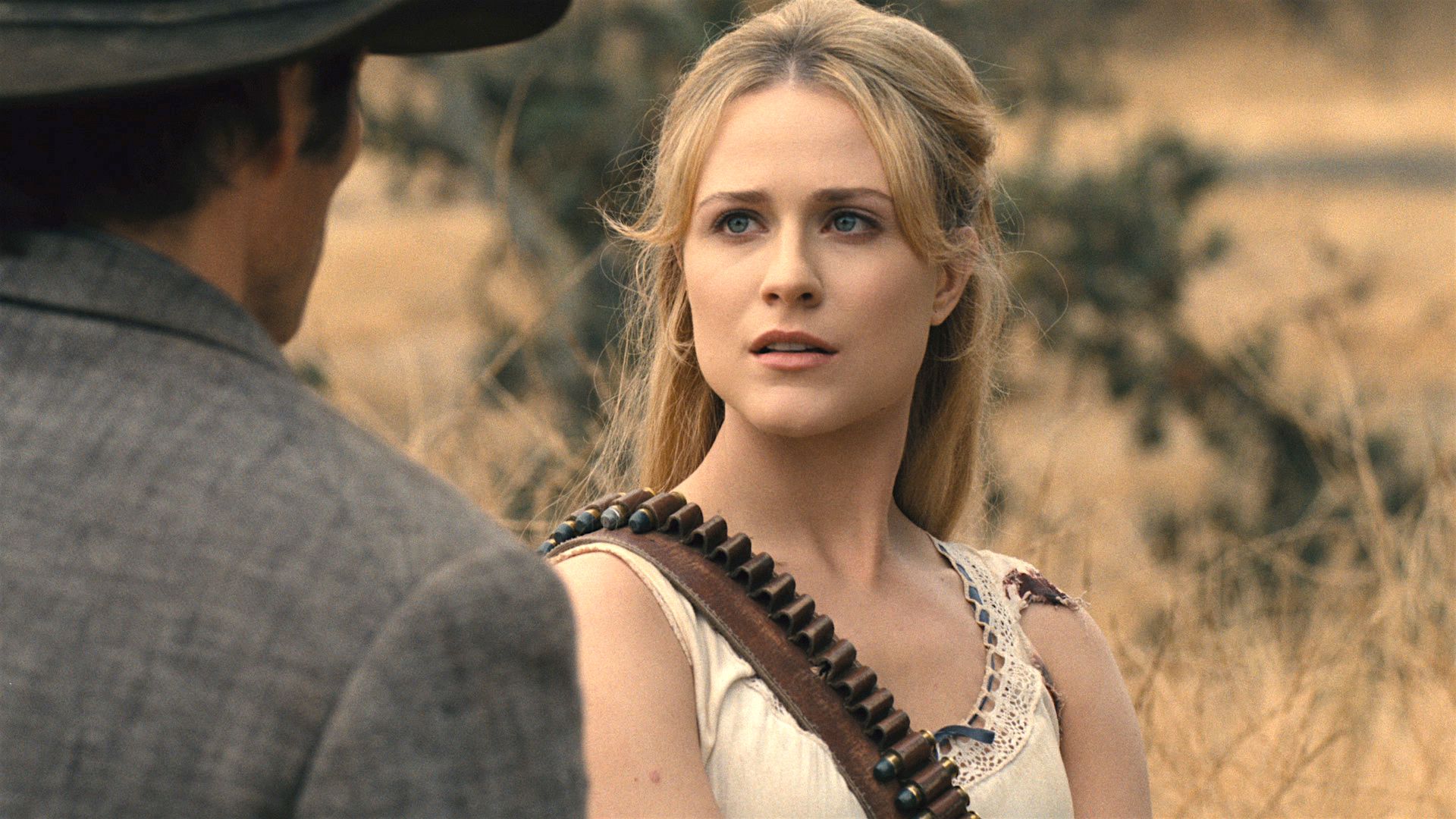 In the second season of Westworld, we revisit the happenings of Delores, Maeve, Teddy and other the park robots as they come to terms with their reality and discover their own means of rebellion. Amidst it all, the park is generally in meltdown mode. Management is on a mission to get the park under control while simultaneously working to conceal their dark intentions. Turns out, as the technology in Westworld advanced, the park’s management devised a plan to use the park in a devious way we did not consider in the first season. From there, things get dramatic – but you know the drill.

Oh gosh. First off, I have to say the orchestral version of Nirvana’s Heart-Shaped Box alone made the second season for me. If you have not listened to it before, I highly suggest you check it out on YouTube here and purchase to enjoy again and again on your own. Such a haunting reimagining of the song and one I think Kurt Cobain would be quite proud to hear.

As for the second season as a whole, I enjoyed it but felt the first season was superior. Granted, season one of Westworld was so insanely brilliant it would be next to impossible to top. I watched the whole thing twice and now after finishing season two, actually want to go back and rewatch season one once more. The show’s creators Jonathan Nolan and Lisa Joy have a way of orchestrating plot points where things seem great in the moment…but take on a different light when you step back and see the full picture. Masterful storytelling at its best.

Given that season three of Westworld is confirmed to have a 2020 release date, there’s plenty of time for me to rewatch and I definitely expect to. What a smart and incredibly BEAUTIFUL show. The stunning scenery alone make it worth a watch…and has me desperately wanting to visit Utah.

Apologies that this my May book/film recap is a bit more limited than usual! I definitely want to make a point of reading and watching more in the month of June because it feels kind of sad to only report on three things.

This month, we do have the second season of Big Little Lies debuting on HBO. While I didn’t enjoy that adaptation quite as much as I did HBO’s take on Sharp Objects – I’m excited to see where the show goes that the book didn’t have the chance to. Liane Moriarty’s Big Little Lies is easily in my top fifteen favorite reads of all time and it will be interesting to see what happens next for the ladies.

On that note, I’m going to head off! Thank you so much for reading this somewhat abbreviated monthly recap. I’ll chat with you again soon!

Catch Up on My Previous Book/Film Recaps