Normally I stray away from discussing my eating habits on Dream in Lace, but I’ve made the decision to transition into a vegan lifestyle and I feel it’s something that might make for interesting discussion. 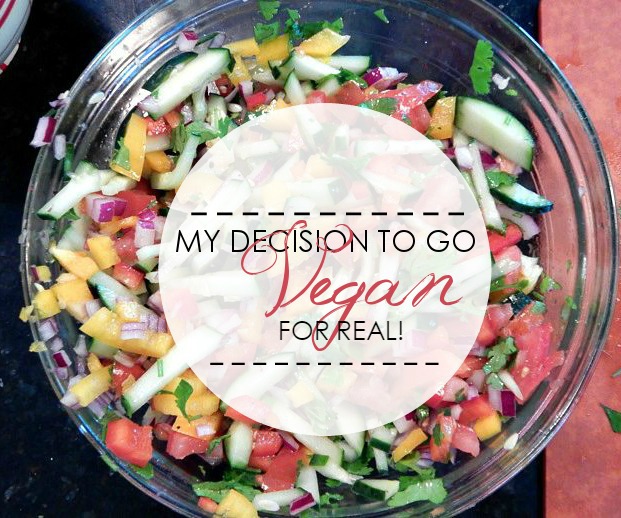 I’ve been a vegetarian for years. I made the official jump a decade ago, but before that I always had a natural distaste to meat…to the point where I actually had tears in my eyes at one point as I gagged over a plate of meat loaf. It didn’t take long before I developed very close relationships with the family dogs, as I sneakily passed off my turkey, roast beef and chicken to them beneath the dining room table. Some people think I’m a dog whisperer, now you know my special secret.

Meat and I have just never got on. But beyond that, I do have a dislike for the meat industry. For me, it starts not at the farms but with the large corporations like Tyson that drive factory farmers to over-breed and inject animals with dangerous growth hormones in an unsafe environment, with lots of overcrowding and poor nutrition. These large corporations are basically complete pricks, and not only have no respect for animals…they also have no respect for the people that are raising and handling them. Farmers are paid very little, and are basically held hostage by whatever the big business tells them to do because they’re just trying to get by. There’s a lot of great info on this out there, but if you want something quick — check out the documentary Food Inc. on Netflix. (Which, btw, is not encouraging you to go vegan/vegetarian but to instead shop small, local and organic farms.)

It’s a Matter of Respect

I should also share my belief that animals have their own thoughts and feelings and it’s wrong to treat them as a commodity instead of the living, breathing and loving creatures of the earth that they are. I think we should respect their way of life in the same way we expect someone to respect our own.

And in the same way, I try to respect people’s right to their own diet choices and avoid campaigning the overwhelming health and wellness benefits associated with a meat-less diet.

I’ve been dramatically cutting back on dairy products over the last 5 years and I feel like it’s time I bite the bullet and just go altogether vegan. Because I already have a natural aversion to eggs and straight dairy milk, my diet has been limited to the occasional Greek yogurt, butter and cheese. All of which I do still love, but not enough to think they’d hold me back from SUCCESS as a vegan!

Maybe I’m naive, but I don’t expect this change will be that difficult. But, it is a change…and I wanted to just share here on Dream in Lace that I will be making that change. Perhaps you’re a vegan and we can swap recipes? Or, perhaps you’re a vegetarian and curious about making the switch to a full vegan lifestyle. Or…perhaps you’re a meat loving fool and you can disregard this whole discussion altogether.

Wherever you stand on the meat-eating spectrum, I just wanted to clue you in on a little something that’s going on with me. I feel like the more we share about ourselves, the better this online space can be! Don’t expect a surplus of vegan and the pros of a plant-based lifestyle topics to pop up on Dream in Lace, but if you are interested on how this journey goes…let me know and give me a follow on Twitter, where I’m going to be mourning the loss of French cheese for the world to see. (But, I’ll still have my vodka and wine!)

P.S. I sorta like these off-the-cuff Saturday posts I’ve been writing. In case you missed it, last week I talked about the importance of having a voice and blogging, here.