As you probably know, the 2016 Golden Globes take place tomorrow evening and all eyes will be on the red carpet! This season, the award nominations excite me – with red carpet vets like Helen Mirren and Cate Blanchett receiving nominations, as well as upcoming stars like Brie Larson and Amber Heard.

As the champagne chills, let’s review the leading ladies to watch on the red carpet this season! 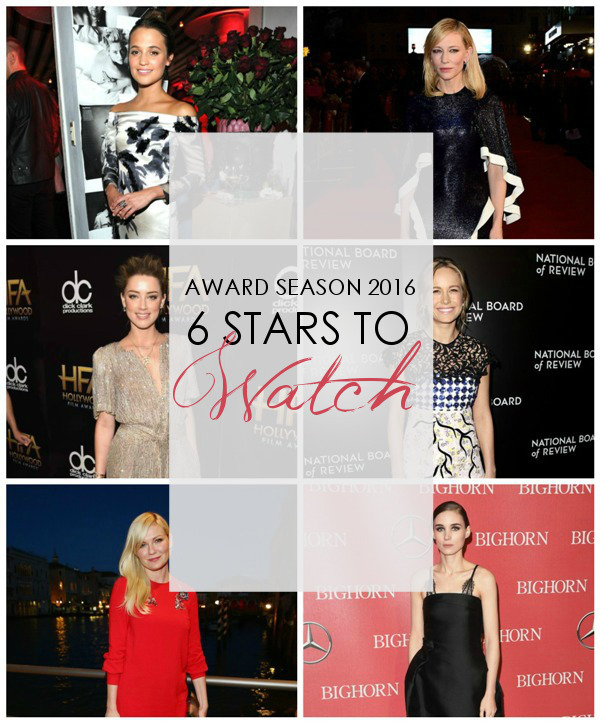 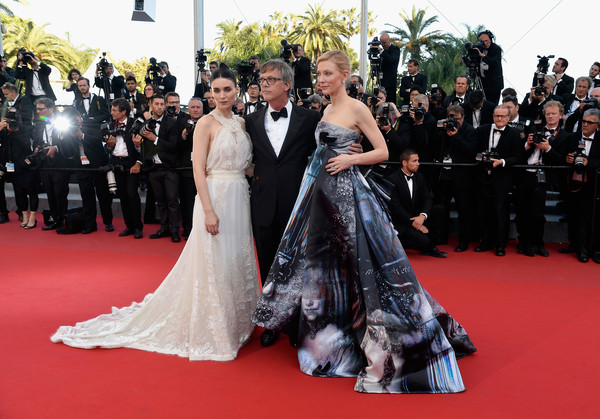 When I saw the film Carol in the cinema, I nearly died from the gorgeous performances and costumes of Cate Blanchett and Rooney Mara. For their brilliant work, both ladies have received nominations at the Golden Globes and SAG Awards, and are definite ones to watch on this season’s red carpet. Cate Blanchett, of course, is a true fashion legend but Rooney Mara has some style chops of her own – donning looks pieces from Givenchy, Alexander McQueen, Lanvin and more. 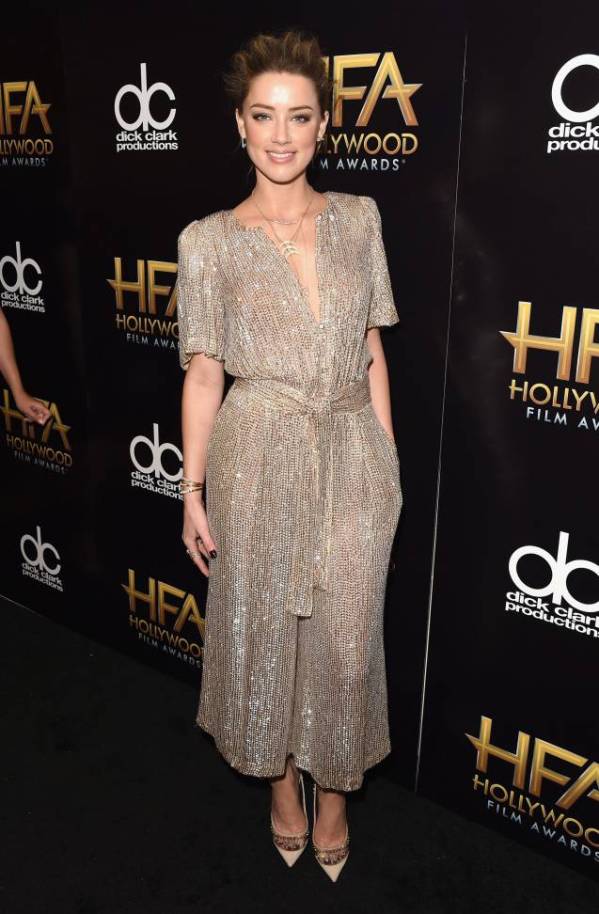 Amber Heard is more than the new Mrs. Johnny Depp. She also happens to be quite the fashionista and her work in The Danish Girl will make her a regular on the red carpet this season. I love Amber’s refined glamour in putting together a look, as she experiments with designers ranging from Alexander McQueen and Altuzarra to the above Temperley London look at the 2015 Hollywood Film Awards. You never know which direction she will go, making her an exciting one to watch! 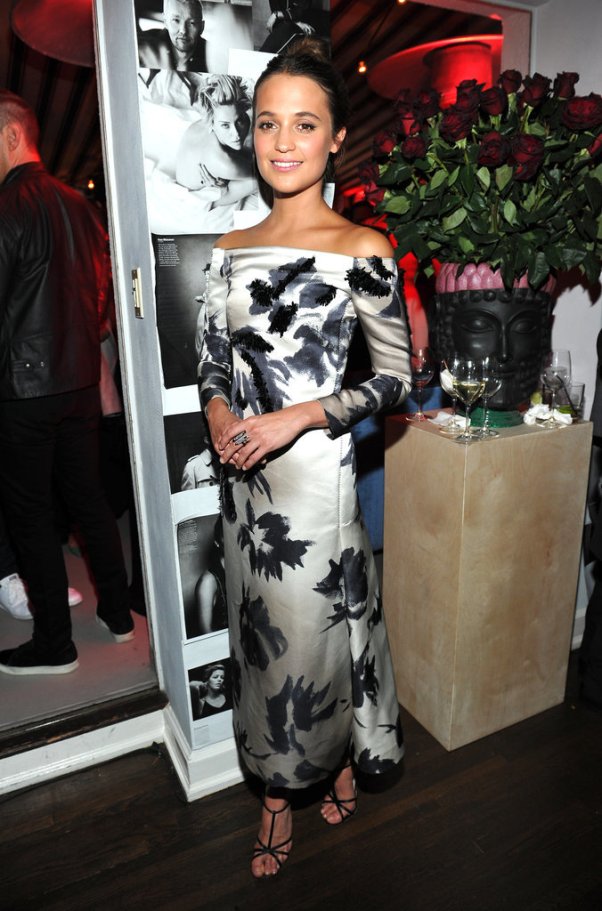 This award season, Alicia Vikander is recognized her work in both The Danish Girl and Ex Machina. As a face of Louis Vuitton, we’re sure to see her wearing some LV pieces – but unlike Jennifer Lawrence’s ironclad partnership with Dior, Alicia is able to branch out to other designers. Above she wears Marc Jacobs to  W Magazine Pre-Globe party and last week she dressed in Erdem to the Palm Springs award gala. 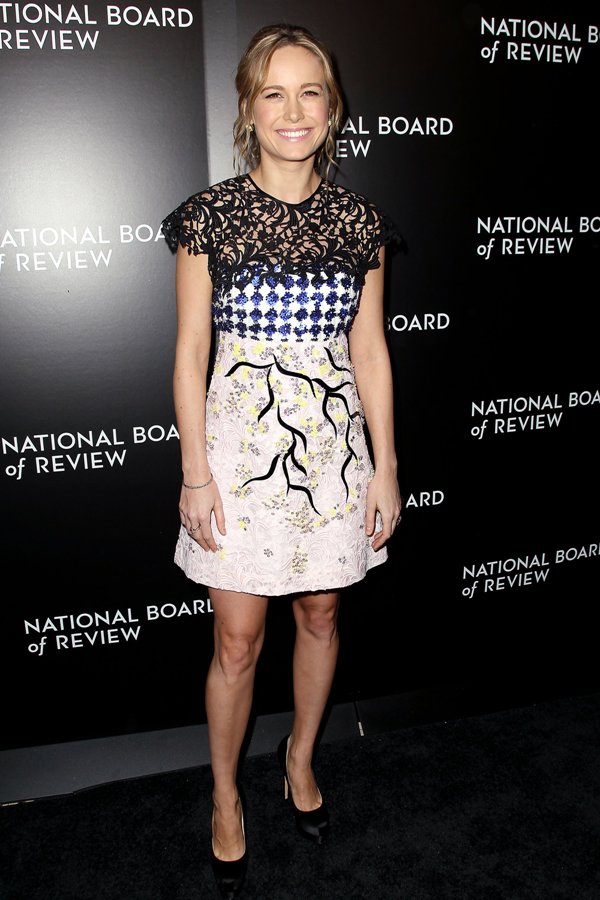 Brie Larson is nominated for her work in Room, where she plays a young kidnapped girl held captive in a small room with her young son. I have a feeling about Brie, that she will be the ‘breakout’ star of the season. The 2016 Lupita Nyong’o. Not being a face of a brand, Brie will have the freedom to wear whoever she chooses – such as the gorgeous above Giambattista Valli couture.

When Kirsten Dunst accepted a role in the second season of FX’s Fargo, I got immediately excited for her award season possibilities. Kirsten has a free and energetic spirit that always brings an element of fun to the red carpet. It also never hurts to have a seasoned blonde showing up! 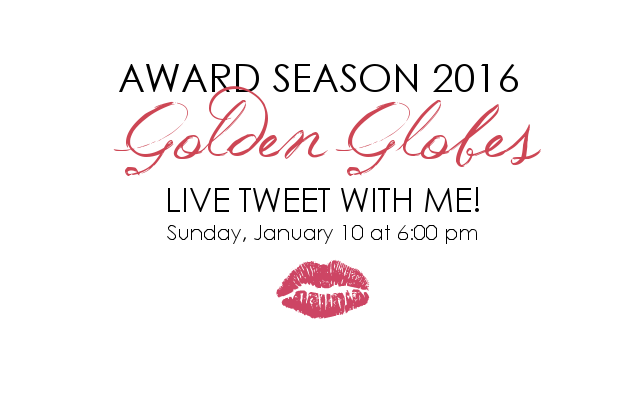 As always, you are cordially invited to live-tweet all of the award shows with me this season! It’s definitely one of my favorite times of the year, tweeting and snarking my way through the red carpets and award ceremonies – while dishing out my traditional Best and Worst Dressed lists. Be sure to follow me on Twitter as @dreaminlace to join in the fun and let me know who’s killing it on the red carpet…and who’s not.

It’s going to be an exciting season!