As we bring 2015 to a close, let’s bid farewell with a glimpse back at the year’s biggest highlights in fashion! 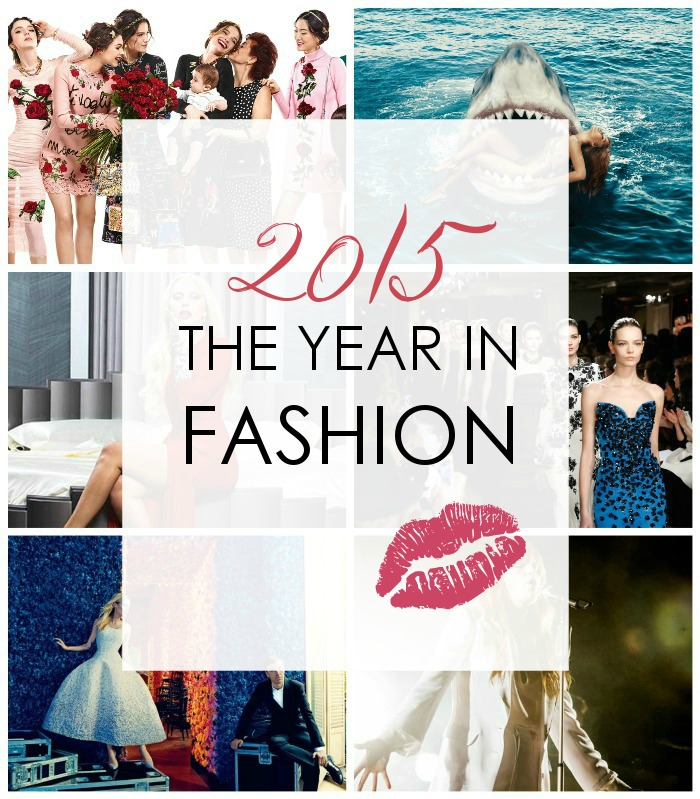 Well, dreamers, we somehow find ourselves at the end of another year. 2015 went by so damn quickly, that I can scarcely believe it! It honestly feels like just yesterday I was sipping on Asti and clinking glasses to toast the new year. I hope this doesn’t mean I’ve picked up any wrinkles without knowing it…? Fashion seems to be always growing and changing as the years, even going back in time from time to time to dip its toes in rich pool of the past. This, in turn, helps to inspire the next generation, giving them the courage to move boldly into of fashion to make their own woven label (maybe from somewhere like gblabels.co.uk) on the world. If you are aspiring to create your own label, then you can click here to find out ways of promoting and growing your new fashion business.

Anyway – to help us say goodbye to 2015, I thought it would be fun to start a new tradition here at Dream in Lace! The other night, over a glass of Cabernet, I got to thinking about random items like who my favorite designer was in 2015 and which celebrity had the best turn on the red carpet. After a short while, I’d put together a mishmash of fashion highlights – which might include a photo watch – and I thought it would be fun to share and discuss that list as a group!

So, here’s to the start of a new tradition! A recap of 2015 and the big moments in fashion. By all means, share any I left out in the comments and give me your favorite choices – as you surely don’t agree with all of mine. After all, these opinions are just my own…hearing yours will only make it more fun! 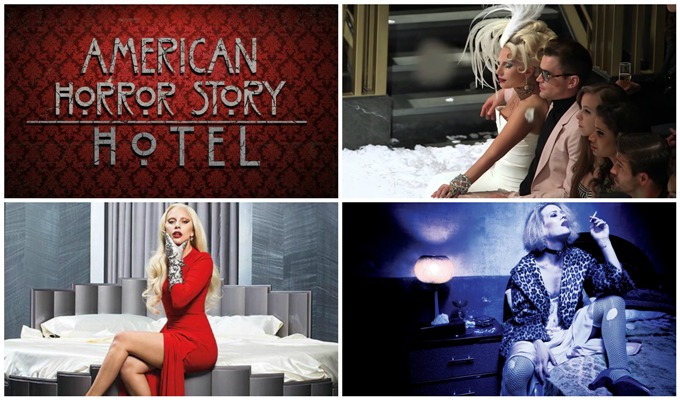 Best Fashionable Television Show: American Horror Story, Hotel
When Lady Gaga took top billing on American Horror Story‘s 5th season, you knew good fashion was to come – and boy has the show delivered! With jaw-dropping gowns for her nights on the town, to slinky lingerie while seducing her boy toys into an immortal life – Gaga is truly a vixen to the extreme. 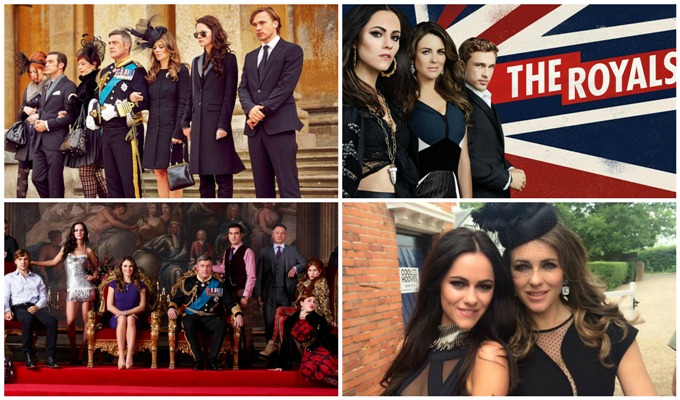 Most Fashionable New Television Series: The Royals
Not since Gossip Girl have we had a show that’s as raunchy and salacious, as it is fashionable. Enter E!’s scripted series, The Royals – starring none other than Elizabeth Hurley and a string of incredible hats. 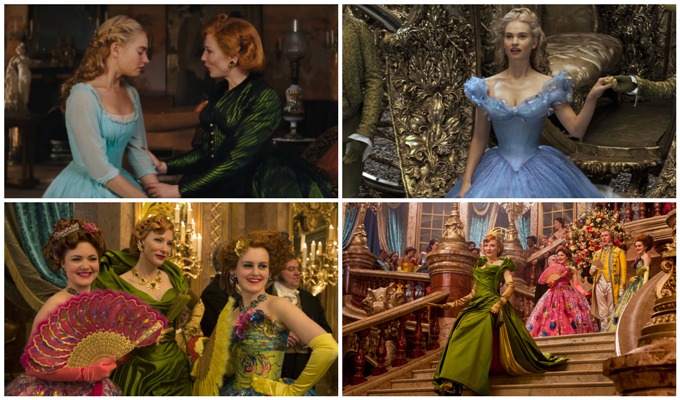 Best Fashion in a Film: Cinderella
Oh, sure – Lily James as Cinderella had her moments – but the true star of Disney’s live-action retelling of Cinderella is Cate Blanchet and her many many amazing costumes. I’m beginning to think it’s written into all of Cate’s contracts that she must be the most fashionable lady on set. Seriously!

Most Fashionable Musical Diva: Florence Welch
Adele and Taylor Swift both get honorable mentions, but my favorite of all favorite musical diva’s in 2015 was the front singer of Florence and the Machine. With 70’s rock meets hippie glam, Florence bewitched crowds with her mesmerizing voice and style.

Best Fashion in a Music Video: Taylor Swift’s Wildest Dreams
After 2014’s Blank Space, we knew Taylor had that ability to put together one seriously fashionable music video. Enter Wildest Dream‘s which took us to Africa to be serenaded by a red lipped Taylor, basking in the sun. While the video did catch flack for being white-washed, there’s no denying the fashion is truly on point! 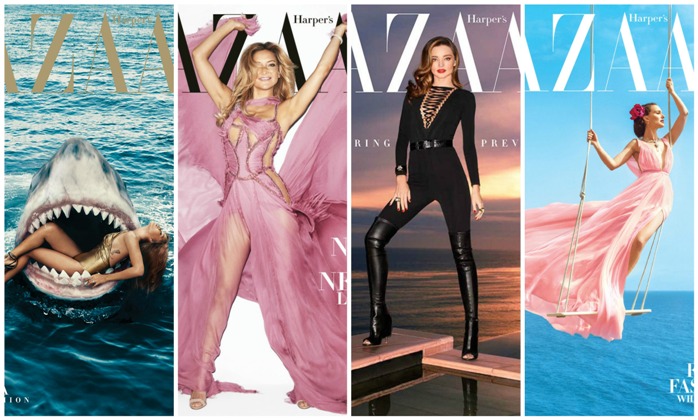 Best Fashion Magazine: Harper’s Bazaar
While print magazines may be on the decline, I look forward to the latest issue of Harper’s Bazaar in the mail each month. The glossy pages feature some of the most breathtaking editorial shoots of the business, and the articles are always fresh with new energy and ideas. Probably my favorite series is the ‘day in the life’ snapshots of designers. Each month Harper’s takes us through a typical day of a designer and it’s fascinating the daily rituals of fashion’s elite. 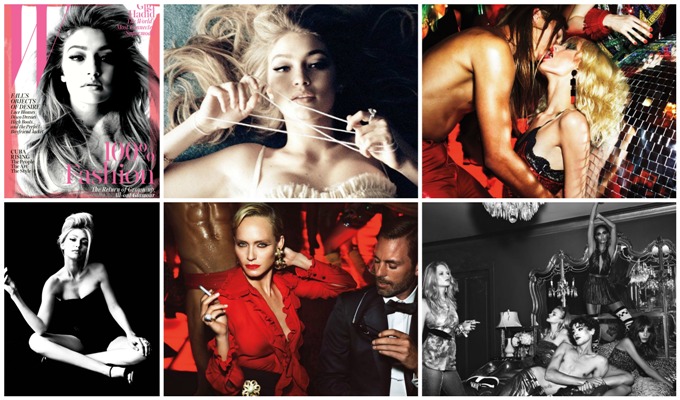 Best September Issue: W Magazine
The September issues are no doubt the biggest issues of the year. This year, Vogue, delivered a phone book sized catalog to our doorstep with Beyonce on the cover. Marie Clare featured Miss Miley Cyrus in edgy Marc Jacobs. W, on the other hand, went traditional and featured a model on the cover, Gigi Hadid. With brazen editorial spreads and cutting edge style, W continues to push the envelope and raise the bar in fashion!

Most ‘Out of the Box’ Fashion Moment: Tom Ford’s SS16 Video Lookbook
For his Fall 2015 RTW collection, Tom Ford vacated the runways of London Fashion Week and took the show to LA. It was later, though, when he ditched the runway altogether that people REALLY got talking. Instead of a fashion show, Ford showcased his SS16 collection in a flashy, video lookbook, starring none other than Miss Lady Gaga herself. Twitter and Instagram were abuzz with Ford’s off-the-runway campaign, making it a trending topic worldwide. Mission accomplished!

Fashion’s Biggest Rising Star: The Super Blogger
No one had a year quite like the fashion blogger. Sure, our typical Hollywood starlets had their shining moments – but mega-bloggers like Kristina Bazan and Chiara Ferragni were on the move with multiple fashion covers throughout the year. These modern millennials have taken the high fashion world by storm, with partnerships with everyone from Elie Saab to Gucci. They’re also figureheads at all the fashion weeks and major red carpet events. #Awesome

Awards Season’s Most Valuable Player: Emma Stone
With her film Birdman receiving several major nominations, Emma Stone made regular red carpet appearances this award season. From her Lanvin jumpsuit at the Golden Globes, to her menswear meets lady at the SAG Awards – the fashion world was abuzz with her fashion forward approach to red carpet style. Then, she turned up in a breathtaking chartreuse Elie Saab gown at the Academy Awards, as hearts around the world were swooning. Emma was, as always, a true delight in 2015! 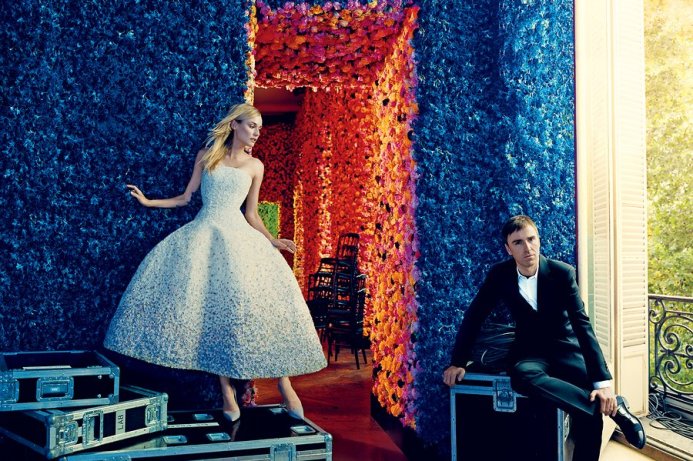 Biggest Fashion News: Raf Simons leaving Dior
Shocking news hit the fashion world this fall, as Raf Simons announced his retirement at Dior. Raf picked up the reigns after Galliano’s swift departure, and enjoyed a very successful 3-year tenure at fashion’s iconic house. With such success, fashion experts everywhere believed he was in it for the long haul. But, shortly after unveiling Dior’s Spring 2016 collection – Raf announced his decision to leave and work more on his namesake line. The big question remains, just WHO will be his replacement? 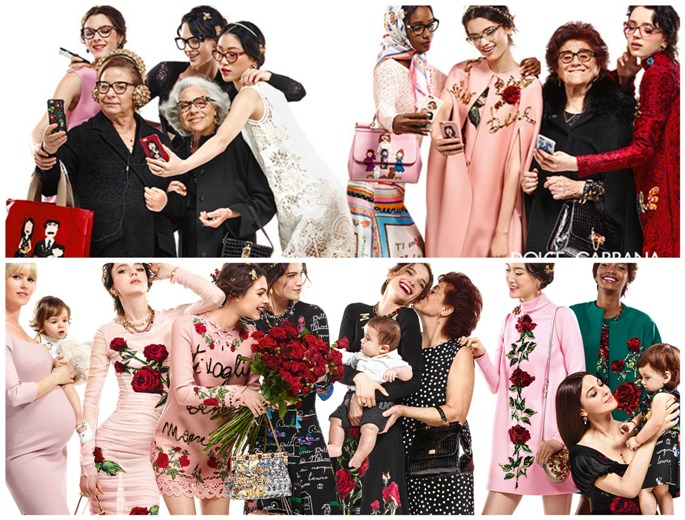 Best Fashion Ad Campaign: Dolce and Gabbana
As fashion is often criticized for being youth-obsessed, Dolce and Gabbana’s cross-generation campaign was a true delight this year. The Italian house, which features women’s and menswear lines for all ages, children through grandparents, focused their attention on their ability to dress the entire family. They took to social media with social campaigns like #DGFamily and #DGMama to solidify their place as a brand for whole the family. Marketing at its best! 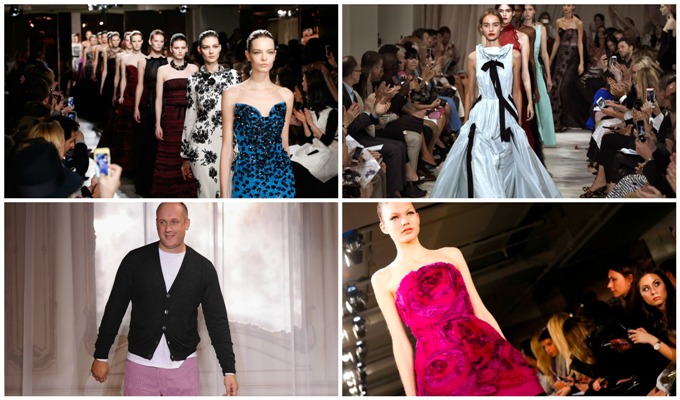 Designer of the Year: Peter Copping
As the world still mourns the loss of Oscar de la Renta, Peter Copping made his beautiful debut as the succeeding creative director in 2015. It isn’t easy to continue in the footsteps of a legend, but Copping did so with true grace and a commitment to Oscar’s demure and signature silhouettes. Copping’s debut Fall 2015 collection took to the runway of New York Fashion Week last February, marking the start of a great new era for the house. Because of how seamlessly Copping swept in and the true beauty of his work, there is no one more worthy of the title: Designer of the Year.

In case you missed, check out my 2015 red carpet favorites, here!

AHH! I got way too excited over all of this. Yes to Emma Watson, The Royals, and Cinderella!(Taylor Swift’s wardrobe in Blank Space was my favorite though)

AHH! I got way too excited over all of this. Yes to Emma Watson, The Royals, and Cinderella!(Taylor Swift’s wardrobe in Blank Space was my favorite though)