Stop the presses: Valentino did NOT look like an episode of Big Love this season! OH…and Ben Stiller/Owen Wilson walked the runway in the ultimate Zoolander comeback moment. Suffice to say, things went on the Valentino’s runway at Paris Fashion Week. 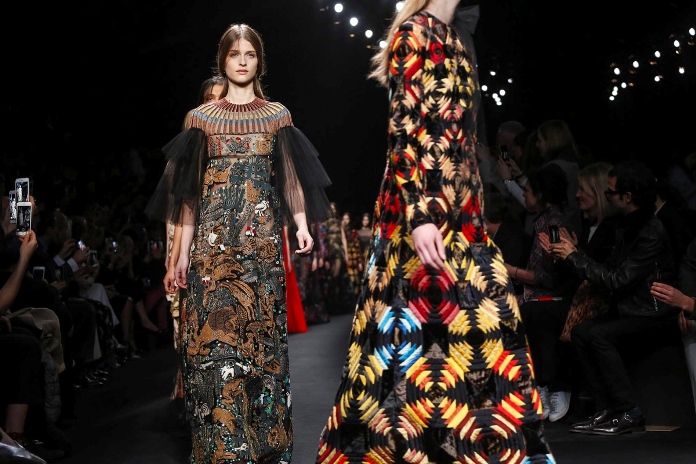 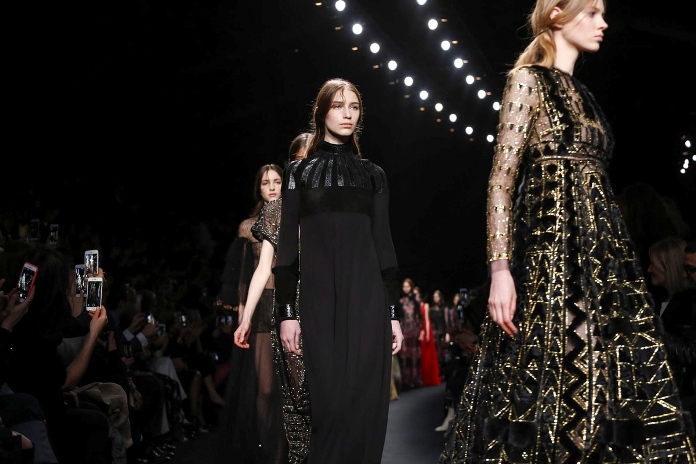 I’m not trying to say I hated Big Love, nor did I hate the Peasant-ville effect that struck Valentino and seemed to never let go over the past couple years. I’m only saying…when a series of retro monochrome opened Valentino’s Fall 2015 Collection at PFW I was more than a little excited by the mere shock of it. It was like *boom* right of the gate. Of course, this large 80+ look collection did show a dress or two straight off the pages of a Jane Austen novel…but overall, the aesthetic was razor sharp.

It’s like creative directors Maria Grazia Chiuri and Pier Paolo Piccioli answered all my fashion prayers, rocking a collection that proves it doesn’t have to be one or the other. Us gals can be be fierce and ethereal at the same time.  Heck, you could even adorn yourself in a Chinese dragon if you like! Why the heck not? 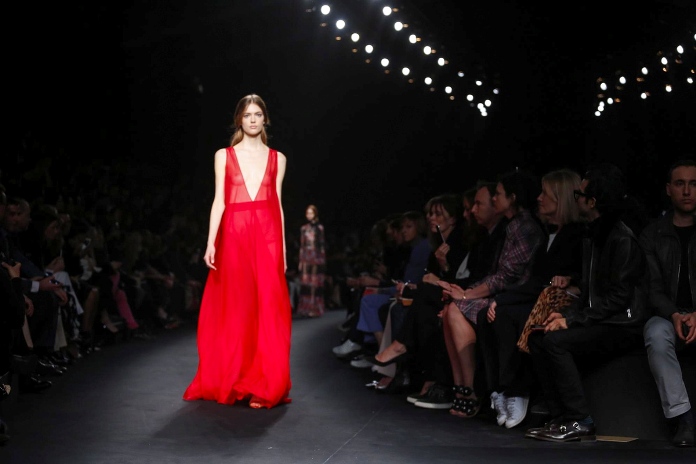 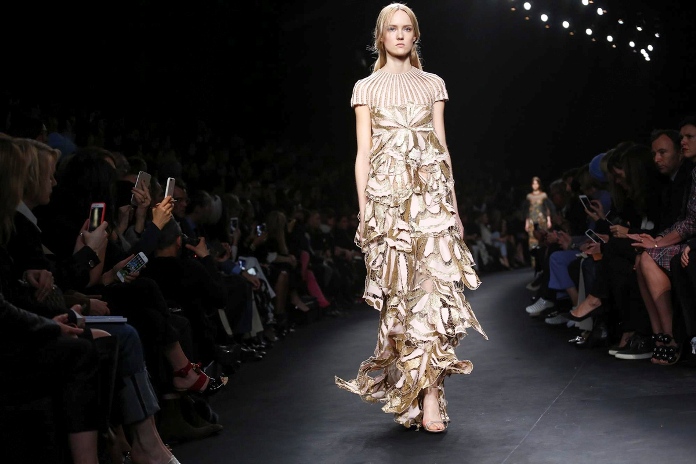 Sometimes there are some perks to being Stateside during Paris Fashion Week. For us, that means luxuries like relaxing bubble baths while pouring over collections like this one. I always encourage people to watch the runway shows to see the collection in action, and Valentino’s Fall 2015 runway was one heck of a presentation. (Full video here)

I just love the SCOPE of this collection. From downtown, to uptown – with a stop at Coachella and the MET Gala in between, there are so many variations to the Valentino woman this season. Then there’s the rockin’ silhouettes of those shift dresses, taking 3D fashion to a whole new dimension. 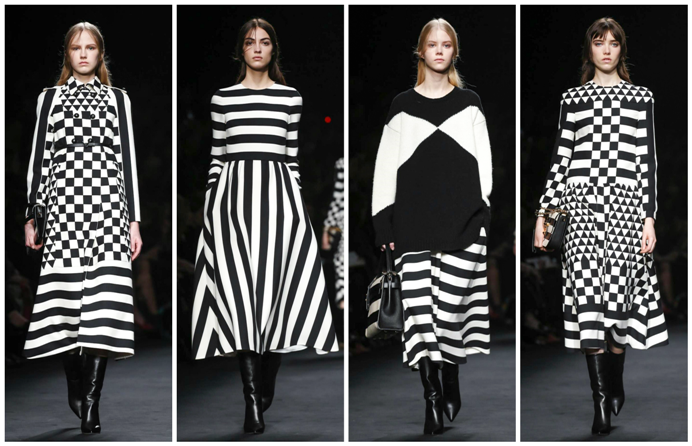 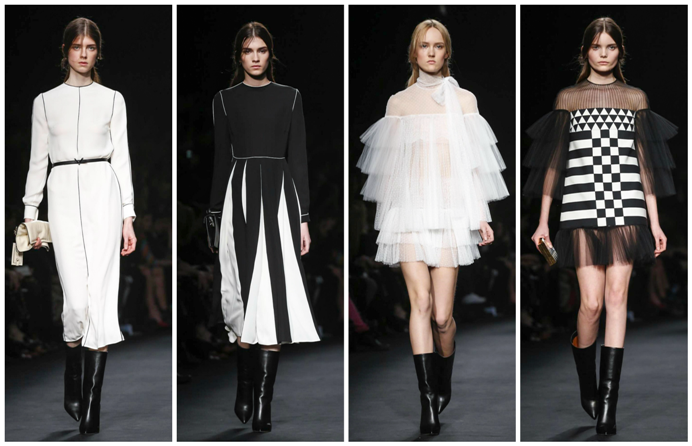 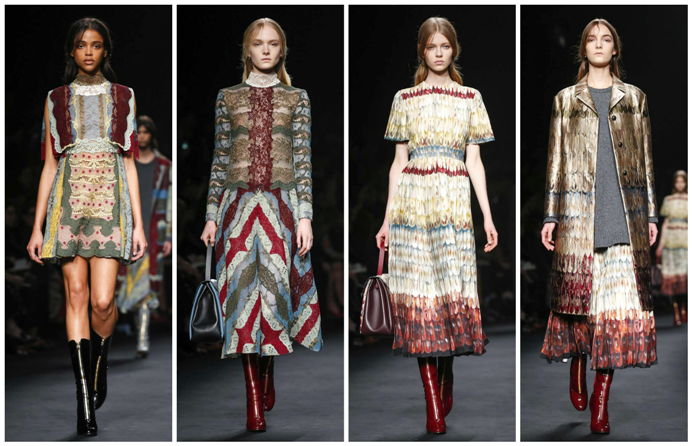 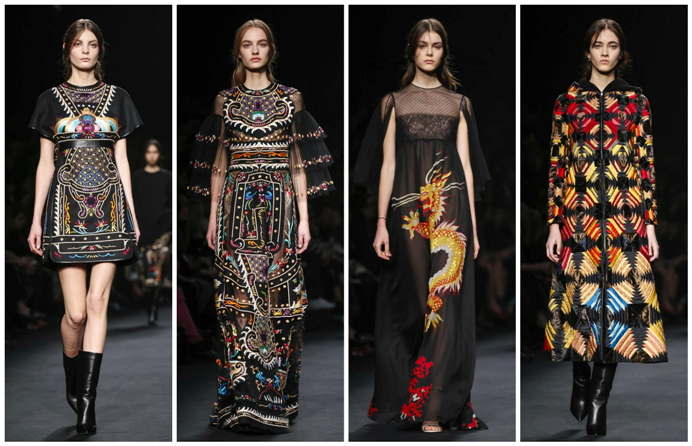 After several weeks of non-stop Fall 2015 Collections pounding the runways, it’s hard for any collection to standout against the masses..and yet Valentino storms in at the 9th hour energized and ready to take fall by the horns!

Of course I can’t ignore the BIGGEST surprise of all: Zoolander. Ben Stiller and Owen Wilson closed the show, putting their best blue steel forward, to announce the coming Zoolander 2!! Honestly, if that news doesn’t excite you I don’t know what you’re doing with your life: 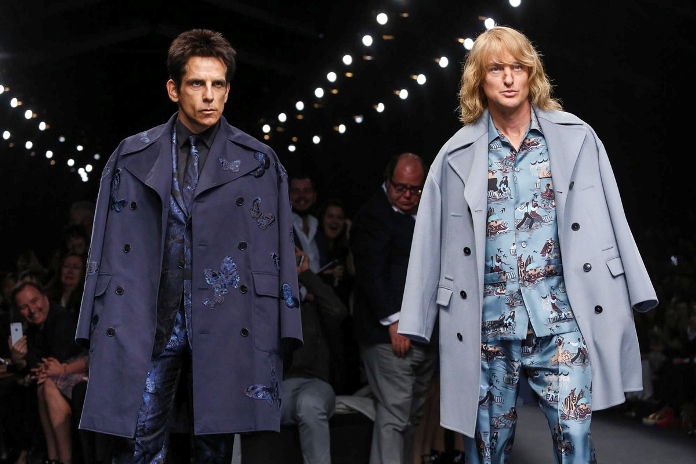 Man, that Hansel…he is SO HOT right now…

Previous:
Why do we care about the bachelor?
Next:
Life: The Final Days of Winter + OOTD
Subscribe
Login