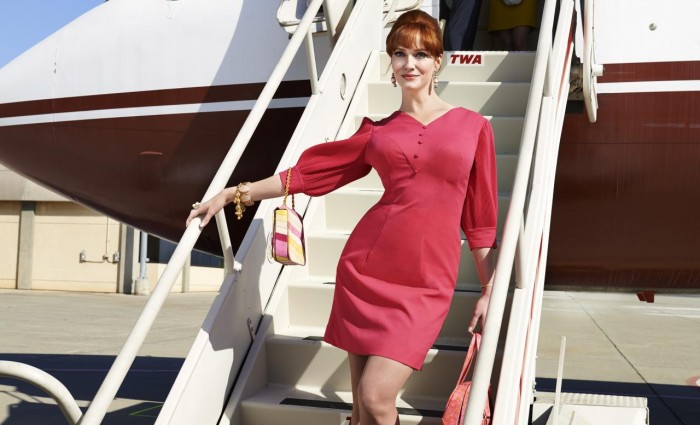 To Joan Holloway, fashion is more than mere articles of clothing. No, to Joan – fashion is a status symbol that tells people who you are and just what you deserve.  It wouldn’t be Mad Men Fashion Week (yes, I’ve invented that!) without acknowledging the prowess of the show’s cunning and seductive Joan Holloway – or Red says Roger Sterling.

Joan’s fashion stands apart from other characters of the show in a glaring way: it’s consistent. Unlike characters like Betty Draper, whose fashion rises and falls through the course of the show (see here), Joan’s style is constant – which only showcases the confidence of this woman from day one. She dresses in the same enigmatic style as a secretary as she does as an executive, go figure! It’s this cunning sense of attitude that makes Miss Joan such an enviable character. We don’t just want to look like Joan, we want to be Joan. Her ability to navigate a male dominated workplace, while not just staying above water but actually taking the reigns, is enviable! All with a perfected manicure and not a hair out of place. What can I say, the girl’s got swagger! 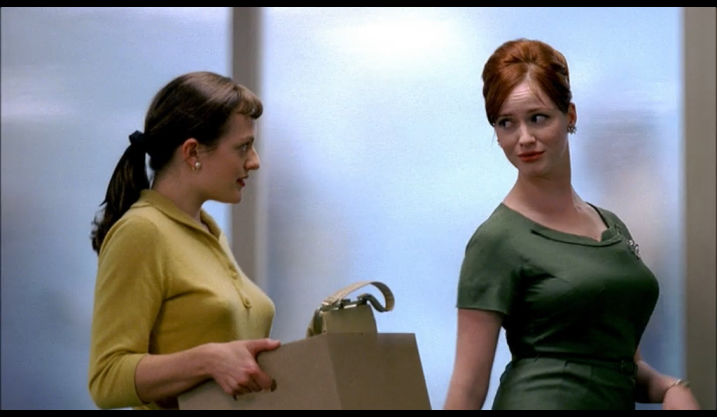 Here we meet Joan as she escorts the new girl, Peggy Olson, around the office. It’s her signature look from day one, a curve-hugging dress that plays up the neckline and is decorated with a broach. The girl both knows what works for her and knows how to work it. It’s such an acute self-awareness that is so different from any of the other female characters of Mad Men.

Outside of the curve hugging silhouettes and broaches, a defining characteristic of Joan’s personal style is the use of color. Though a redhead, the girl was never one to shy away from a large flash of color. Purple is definitely her ‘power-color’ but she jumped all over the color wheel to be honest. She was never afraid of standing out from the crowd. 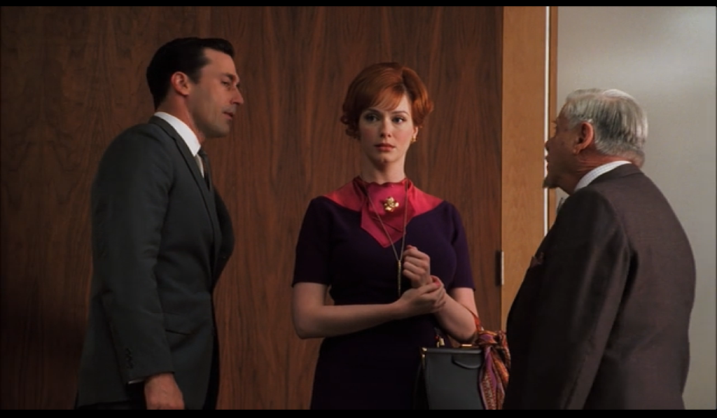 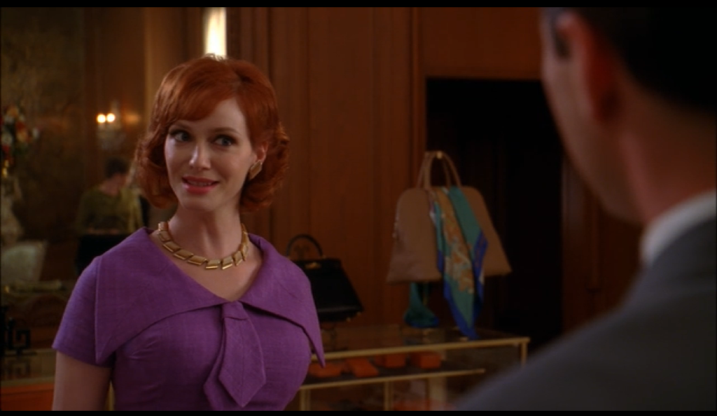 While the lines of her dress remain the same, we do see Joan often experiment with the neckline. In fact, as far as design goes: necklines are the only variation in her looks. She used the neckline to define her look in such a strong way. Being a large busted girl you might expect her to downplay the neckline. The fact that she plays it up only speaks more loud about Joan’s level of confidence. 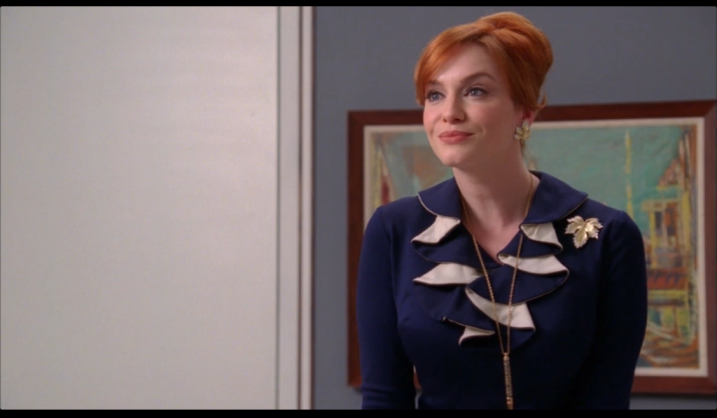 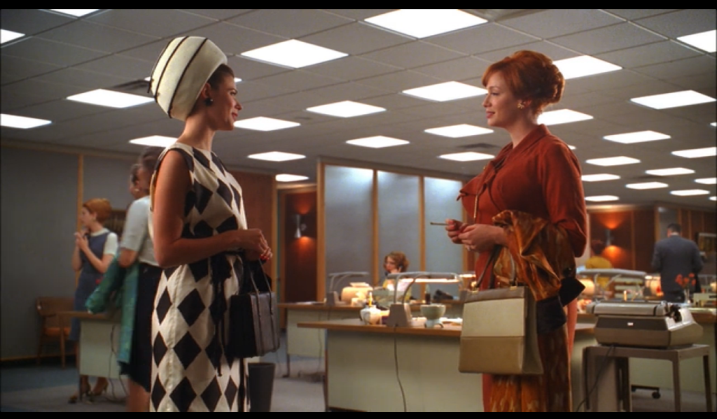 It’s fascinating to me, the trajectory of Joan’s self-awareness and how it defines her as a character and also as a fashion icon. She’s definitely a breed of her own in the way she managed to thrive in a male-dominated environment field. As Peggy also rises in the workplace, you have to recognize how different both women are. It took a long time for Peggy to stop second guessing herself (or to evolve in her style). For Joan, she never second-guessed herself.

The consistency of her style is definitely a reflection to how consistently Joan values herself. If we’re to dress for the job we want to have and not the job we have – she’s nailed it from the start. And even when reaching executive status her commitment to dressing for her body and dressing to stand out never yields.

Can’t get enough of Joan? Neither can I! Let’s take a look back at her style throughout the show:

In case you missed it, here’s the style of Betty Draper – and stay tuned, because there’s more Mad Men fashion to come.

What do you think of Joan’s personal style?