Let’s face it, being a woman is hard. Even still, today. In honor of International Women’s Day I reflect on the challenges we face, celebrate how far we’ve come and give props to one special woman for showing us what it means to be fearless. 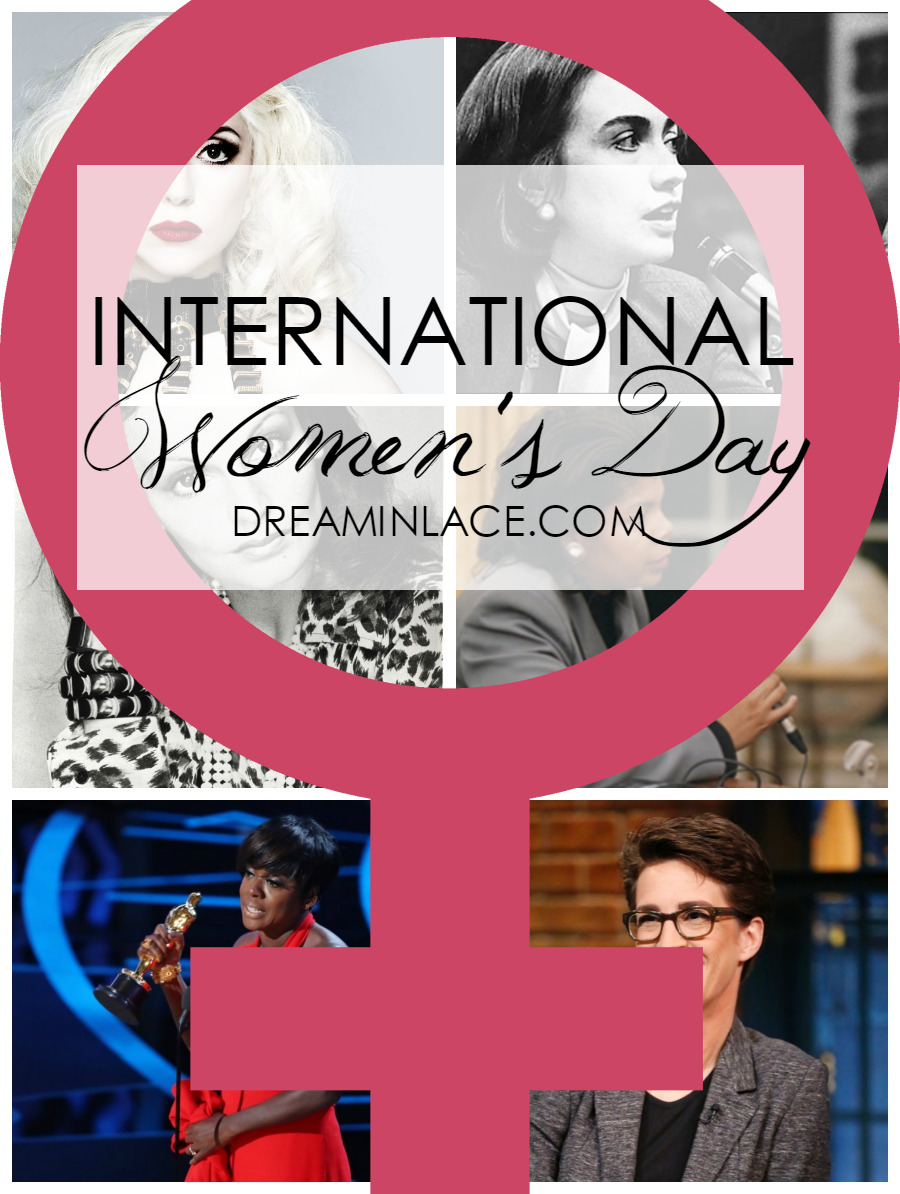 In celebration of International Women’s Day, I want to take pause from fashion and beauty to reflect on what it means to be a woman, today.

Truth is, it’s hard being a woman….still.

Women are often the ones with the ideas, doing the work – with little of the credit.

We are often made to feel uncomfortable in our skin, as men catcall after us or grab our “pussy” (or far worse) – while we’re simply trying to go about our day and mind our own business.

Women are held to a different standard than men, having to go farther and achieve more – just to have a seat at the table.

But never speak TOO hard or TOO loud, or you’ll be criticized for being assertive, pushy and declared a bitch.

We are slut shamed. We are body shamed.

We are paid less.

And perhaps most heartbreaking of all, our wants and desires are often seen as less important.

Women Have Come This Far – And Have Much Further to Go

International Women’s Day is a day that always makes me think about how far we’ve come as women – and how much further we still have to go.

I have a dream, of a world that does not see gender, race, ethnicity or sexuality – but individuals, who should be judged purely on their achievements and kindness. It’s not a question of what gender we are – it’s a question of who we are, what we believe in, the work we do and the world we strive to create.

Truth is, there are many heroes among women. Some are more well known, others are your friends, your neighbors, your coworkers – who keep their heads held high every day, working hard for their families and their dreams.

When I first set out to write this post, I started by listing great women who influence and inspire me on a weekly basis. It’s a list that includes famous names like Michelle Obama, Lady Gaga, Rachel Maddow, Viola Davis, Diane Von Furstenberg, White House reporter April D. Ryan and countless women in my own life.

One name in particular resonated through my mind though: Hillary Clinton.

What makes me really sad, is the sinking knowledge that merely stating her name publicly is often followed by great backlash. Hillary Clinton. A woman who incites much hatred. But, is she so evil? 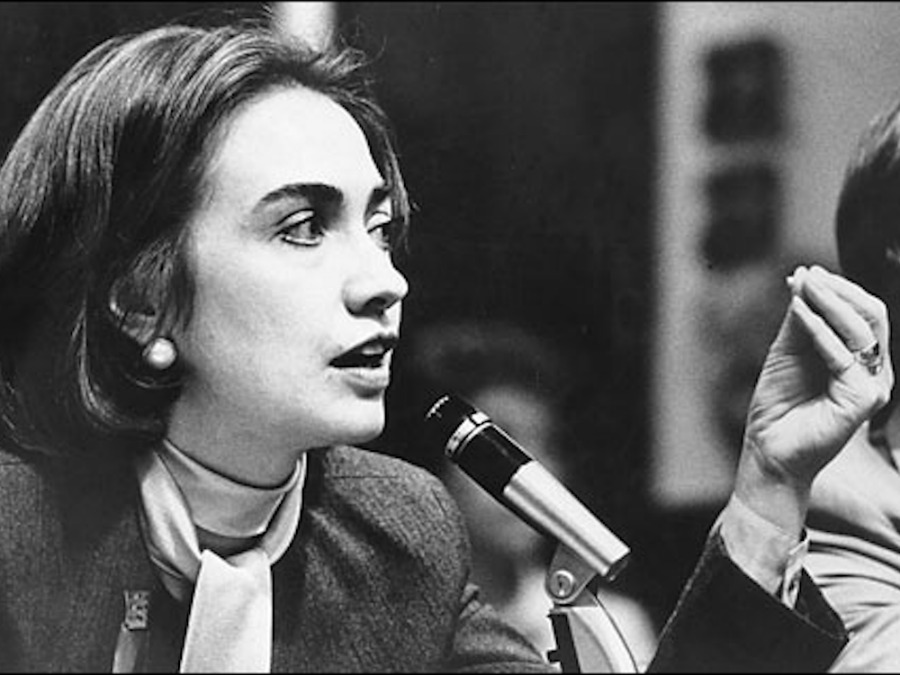 So, Let’s Talk about Hillary Clinton

Do I think Hillary Clinton is a perfect person? No. I think she’s flawed – as am I. As are all of us.

What makes me MOST sad about Hillary, is not that she won the popular vote and should be our first female President right now – but the brutal attacks she’s had to take publicly from start to finish. Fine, it’s one thing to attack someone on their public policy – but the hits Hillary has taken stem far beyond politics.

As a female, she’s taken hits from everything on her laugh, her body, her clothes, her pneumonia, her hair, her place as a mother, her not standing up as a grandmother strong enough, her husband cheating on her, her decision to stay with her husband after he cheated on her, her confidence, the quality of her raised voice – and EVEN on the looks of her daughter.

And yet, despite all the backlash and public criticism – Hillary Clinton has always maintained her dignity. Even after a hard loss to Donald Trump – she picked herself up, wore a beautiful ivory Ralph Lauren suit and attended his inauguration with a SMILE on her face.

That takes grace. That takes dignity. If you don’t see THAT as admirable, I frankly don’t understand you and probably never will. 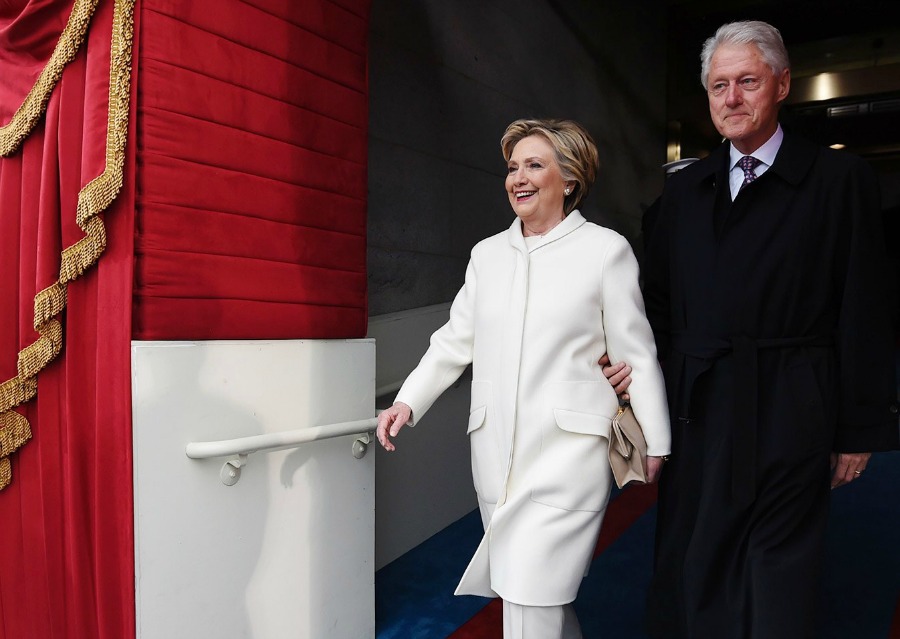 “Never stop believing that fighting for what’s right is worth it.” – Hillary Clinton

There’s one issue that Hillary fought for that hits very close to home for me.

Because they had a disability, they were not welcome.

Can you believe that? Fortunately, all students with disabilities are welcome in public schools today. It’s through the work of great individuals – including Hillary Clinton – that changed society.

I’m a firm believer that without champions for civil rights, we would not have them. 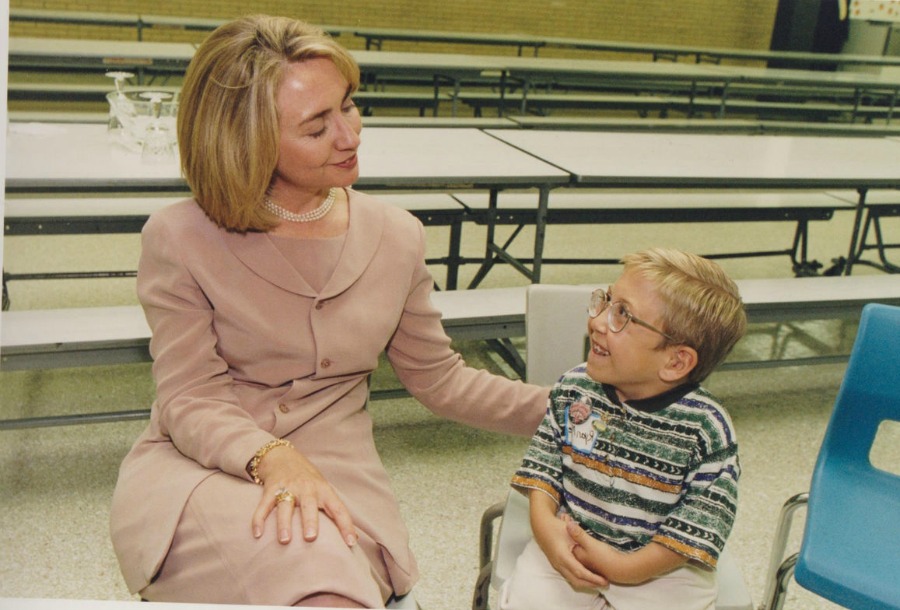 “Always aim high, work hard and care deeply about what you believe in. And, when you stumble – keep faith. And, when you’re knocked down – get right back up and never listen to anyone who says you can’t or shouldn’t go on.” – Hillary Clinton

I’m a female, passionate about the environment and animal rights. All three have made men spew words of absolutely hatred at me. Just this week alone I’ve been called a c*unt and told by a man that he wants to beat me into a coma simply because liked a vegan recipe. Hatred walks among us every day and it would be so easy to cower, stay silent and not push forward to avoid the sting of hate.

But because of women like Hillary Clinton and her timeless message of fighting for what’s right, I won’t though.

Like Hillary Clinton, I’m not afraid of being hated.

I’m not afraid of being criticized.

I’m not afraid of words of hate.

And most definitely, I’m not afraid to stand up and fight for what I know is right.

There are many things we can learn from Hillary Clinton and her life’s work, but it’s her steadfast lack of fear that I most admire. Quite frankly, the woman has more balls than most men I know.

“And to all the little girls who are watching this: never doubt that you are valuable and powerful and deserving of every chance in the world to pursue your dreams.” – Hillary Clinton

During Hillary Clinton’s concession speech in November, she held her head high in purple (to symbolize two parties coming together) and shared a powerful message to the young girls watching around the world.

It was a hopeful message at a moment that otherwise felt very dark. It’s a message that little girls did take to heart – including a class of young girls who transcribed Hillary Clinton’s words into a song. This message got to Hillary and she in turn shared it with her followers and I simply can’t think of a more appropriate time than International Women’s Day to share this beautiful video with you!

Happy Women’s Day To You!

Do not doubt you are valuable.

Do not doubt you are powerful.

Do not doubt you are worthy of achieving your dreams.

Today is a day to celebrate each other, our accomplishments, our dreams and our hard work for a better future. (Because lord knows we’ve got a lot of work left to be done.)

In honor of International Women’s Day – I invite you to tell me more about the great lades who inspire you. We need to celebrate all of the great ladies out there who are doing great things. We truly are the future!

Follow
Previous:
Putting the Tarte Maneater Mascara to the Test!
Next:
How to be Badass, Once and for All
Subscribe
Login