“Are fashion magazines dead?” she asks – while staring at a mountain of unread issues. 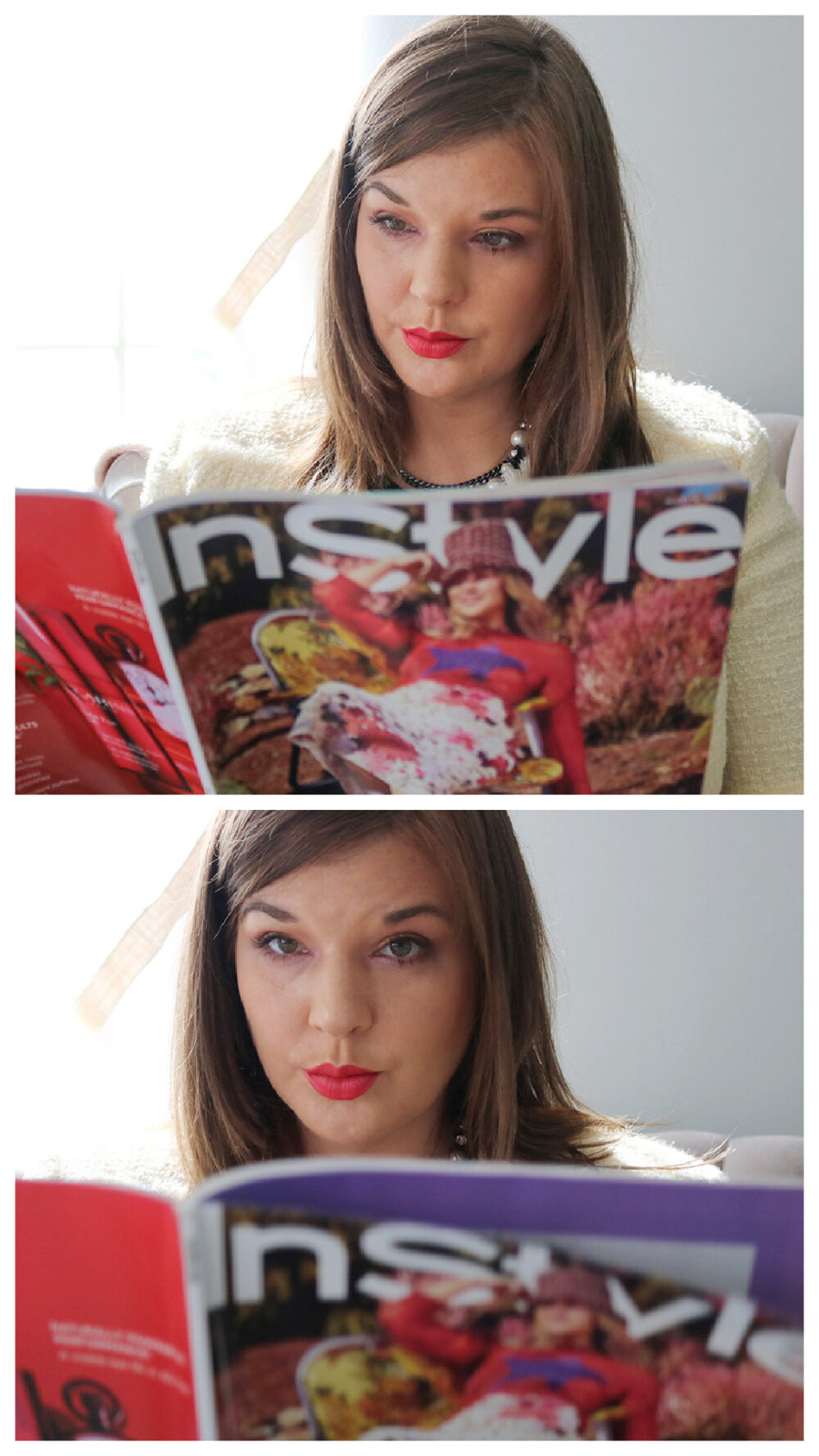 Please tell me I’m not the only one surrounded by fashion magazines they haven’t read. And I’d be lying if I didn’t admit to feeling guilty about it. But sure enough, they pile up – month by month collecting dust until I finally recycle them unread.

Yes. It’s not impossible for me to read one – but I have to admit doing so is more of an anomaly than anything. I’ll hear of a specific article that makes me open the front cover or there’s an interview with someone I enjoy. But more often than not, they sit untouched from the very moment I remove them from their plastic (WHY do we do this now) packaging until I bid them farewell in a recycling bin.

With spring cleaning on my mind, I’m guaranteed to round up another haul of unread fashion mags for recycling and in preparation I started wondering about that current status of fashion magazines as a whole. Judging by the 240 million search results that come up when you type “Are fashion magazines dead?” into Google — I’m not alone.

So let me ask you, my fashionable reader. What do YOU think? 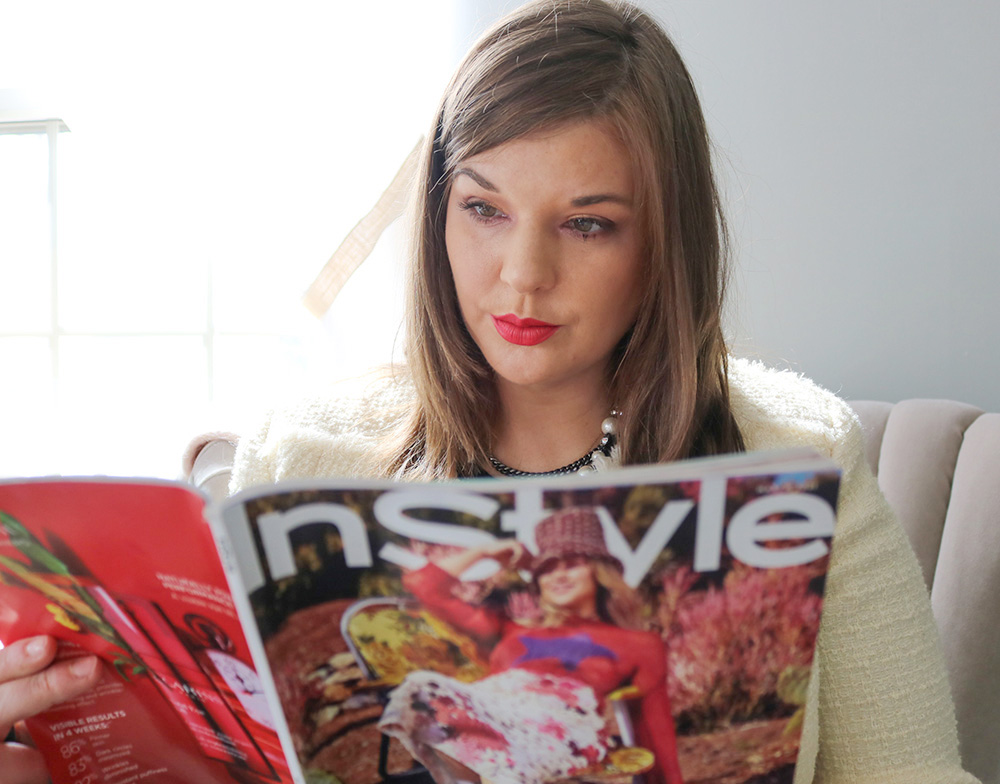 I want to clarify that there’s a reason I’m asking are fashion magazines dead and not print publishing as a whole.

While I might run slightly behind, I do really quite enjoy reading the most recent issues of my Shape, Veg News, Entrepreneur and other lifestyle magazine subscriptions. They provide healthy food for thought and are a great source of inspiration — particularly when facing creative burnout. (Something we all do on occasion.)

Only solidifying my belief that magazines do still serve a purpose is Forbes sharing the rather impressive statistic that 60 magazines launched in 2020. Yes. Sixty! In the year of a global pandemic where seemingly everything stopped and many industries were put on hold for at least a few months — print magazines still managed to find an audience.

So why is it that fashion magazines seem to be fighting an uphill battle to stay relevant? Logic points to the rise of digital content from:

Now that new collections are widely accessible via the power of the internet, there’s no need to wait for VOGUE to tell you what popped up at the latest Louis Vuitton show three months later because you would have streamed it online yourself and seen at least a dozen posts about it on your social feeds the day of the new designs’ debut.

Another sneaking suspicion I have as to why fashion magazines struggle to stay relevant is that while the world around us has changed immensely, their publishing calendar really hasn’t changed much at all. That means by the time something hits print and at your doorstep — it’s basically old news.

Can you imagine if something happened in the world and you had to wait months to hear about it before it finally made its way to into publication? We’d all be outraged and wondering why something was being brought to our attention so far after the fact. I get that the world is fast-paced and it’s hard to keep up, but it’s only going to keep getting faster. It seems we’ve landed at a crossroads where fashion magazines need to pick up a lot of speed to keep pace with digital space and all the discourse it brings, or fall so far behind they’ll become obsolete.

This delay in information is definitely the top reason I feel uninspired to open up one of the fashion magazines by my side. While their pages are still beautiful, they no longer serve me the same way they did when I was growing up and loved pouring over the pages of InStyle and Harper’s Bazaar. 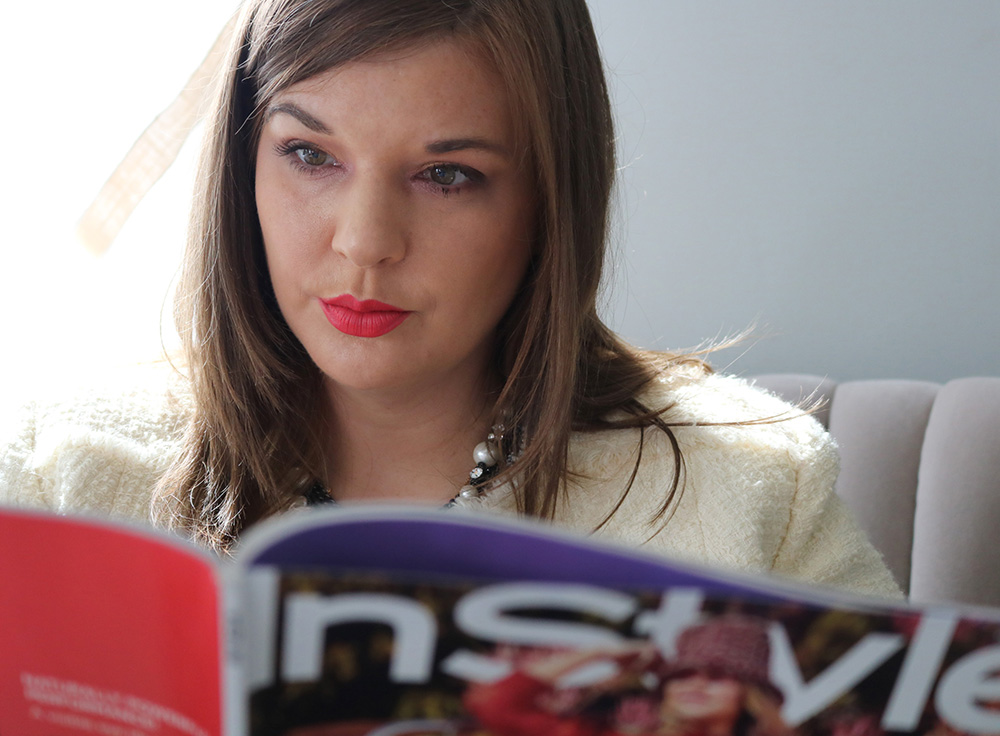 Another observation? The great work of celebrity stylists and PR teams have played a big role in challenging the relevancy of print fashion magazines.

In today’s world, pieces are plucked off the runway for a star to wear sometimes as early as the next day. Then those images will circulate across social media, reaching a global audience almost immediately.

It’s a remarkably impressive how quickly stylists and PRs work, even in a pandemic, to keep a pulse on the latest collections and get placements for standout looks the second they arrive. As it turns out, these partnerships are working much faster than Anna Wintour. A gorgeous Maison Valentino haute couture gown will appear in a print magazine months after a star such as Zendaya has already famously worn it.

The modern PR machine combined with the power of the internet have largely stripped print fashion magazines of the ability to be seen as “in the know” and cutting edge.

After all, how can a magazine be seen as the “Bible” when it’s so far behind the curve on reporting information?

Here’s why people like hot takes from the likes of Bryan Boy or Diet Prada: they have strong opinions and aren’t afraid to voice them.

Given that print fashion magazines rely so heavily on advertising revenue, they prioritize ad placements over content that gives a reader a reason to regularly tune in.

It’s a trickle down, ripple effect that maybe worked back before the rise of social media and we weren’t surrounded by so many alternative opinions on fashion. But as those who aren’t afraid of hurting an advertisers’ feelings have continually spoken out, it’s become increasingly obvious just how vanilla a point of view the standard fashion magazines have offered their readers.

Even beloved editors like Laura Brown and Eva Chen (now at Instagram) who have unique senses of style and articulate opinions on a variety of other subjects seem to never say a bad word about a collection or a brand. Playing nice is fine in theory, but sometimes calling a spade a spade is more valuable to a reader. And while it might not please every advertiser when a magazine calls a brand out on their nonsense, it would build back a sense of trust from their audience that’s been increasingly lacking through the years.

As an example, Bottega Veneta is selling a $5 replacement phone cord design as a $2,000 necklace. Ridiculous price gauging stunts while classifying an item as “luxury” like this one spring up all the time. Would a fashion magazine ever do a piece calling out brands like Bottega or Gucci for this behavior? More than likely, no – they wouldn’t.

And if a magazine won’t stick up for its reader over its advertiser, why should that reader tune in? 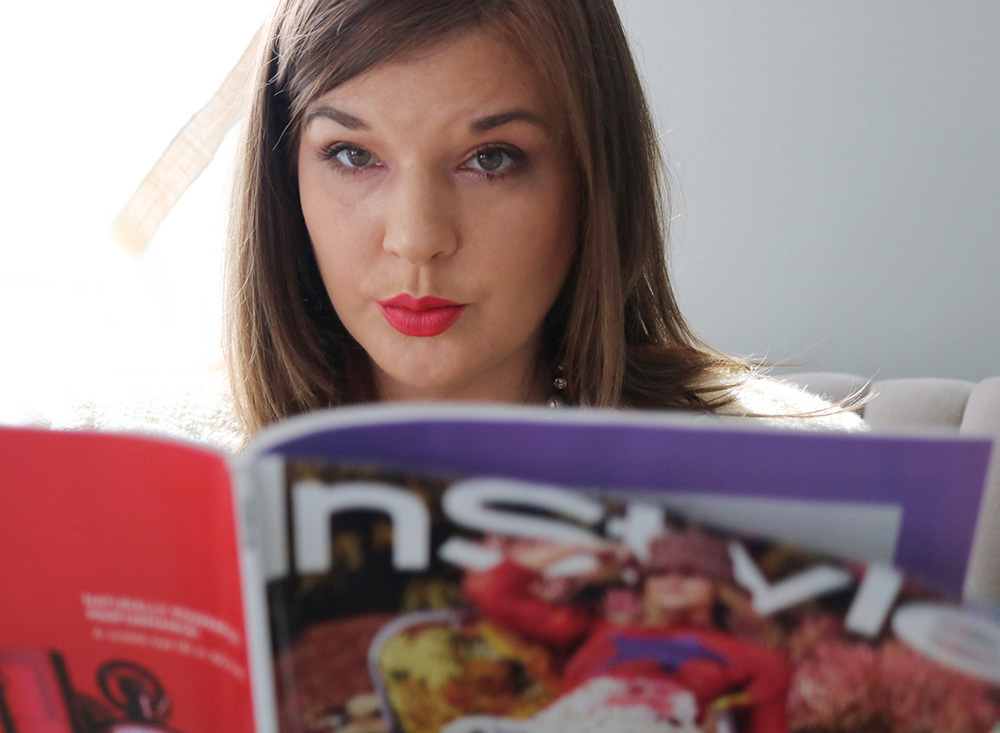 So — are fashion magazines dead? All signs point in that direction. We might still subscribe, but issues sit upon our coffee tables as decorations – not talking pieces – before making their final exit in a recycling bin.

We have seen Vogue, InStyle, Harper’s Bazaar, W Magazine and the like branch out into producing more and more digital content to stay afloat. And while this is a smart tactic and I’m glad to see them find success in different mediums, the novelty of print fashion magazines as we know them seems to have run its course.

But it doesn’t have to stay that way. And I really hope it doesn’t. If anything because I appreciate beautiful imagery and think we could benefit from less time staring at our screens.

While I don’t see myself working my way through the growing collection of unread fashion magazines beside me anytime soon, I have hope once beloved magazines can become beloved again. There’s always room for reformatting an approach and that’s something I’d love to see take place.

WHAT DO YOU THINK?

Now that I’ve sufficiently rambled on the subject, I’d love to know what you think about the state of print fashion magazines today. Do you still enjoy them? What do you think they could do to become “must-read” issues again and not purely decoration.