Friends, today we’re judging the September issue covers! Get your critiquing glasses on, it’s time to weigh in on fashion magazines’ biggest issues of the year. 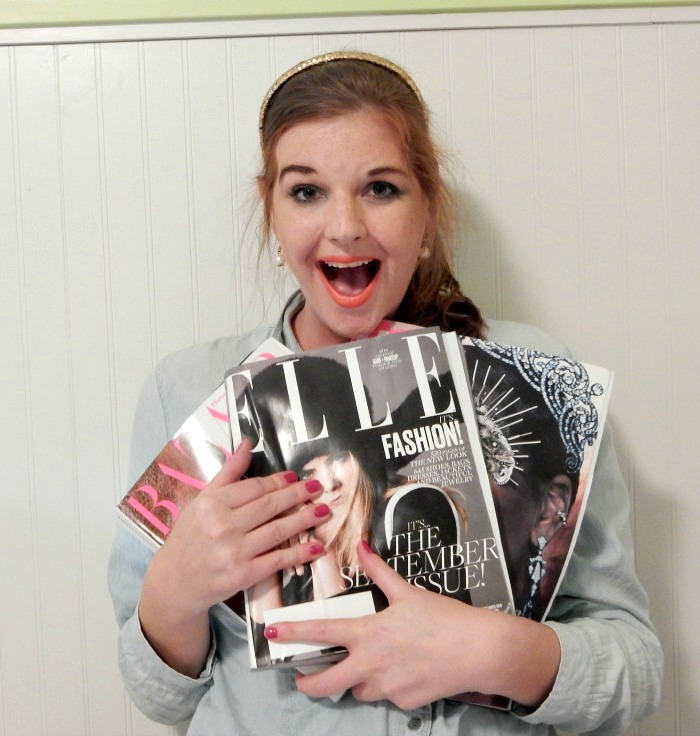 Show of hands: who is here for September issues?

Because, I so am. Oh sure, 11 months out of the year my fashion magazine subscriptions go neglected – relegated to collecting dust on my vanity or as the perfect cushion to that at-home pedicure. When September rolls around, though, I’m on high alert. There’s something so satisfying to the heft of a September issue and the game of guessing just who will land a cover is one of my favs to play. (My bets were on Blake Lively for Cafe Society and I for one am SHOCKED she did not get a cover.)

At the end of 2015, I did a really fun “year in review” post and one of my favorite categories was “Best September Issue.” While, I definitely haven’t made it through my heavyweight stack of September issues to adequately answer that question yet — I HAVE thoroughly digested each of the covers and thought we could have a good old JUDGE fest of just who nailed it…and who failed it. After all, who doesn’t love to become a critic for a day?

So I thought, what better way to spend a Wednesday than to gather round and judge 2016’s September issue covers together? Grab a drink, get cozy…and prepare to critique. We’ve got lots to review. From a Kimye love-fest on Harper‘s Bazaar to Rihanna on W and In Style‘s last cover before the big announcement of Laura Brown (thankfully) taking over as editor-in-chief. Prepare to judge..hard! 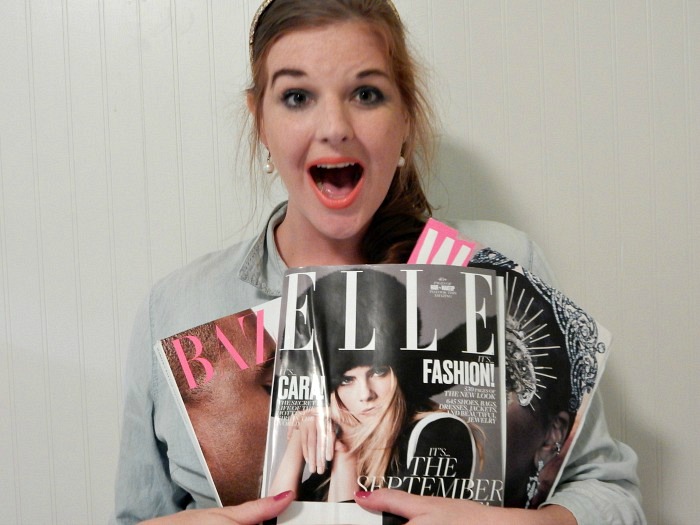 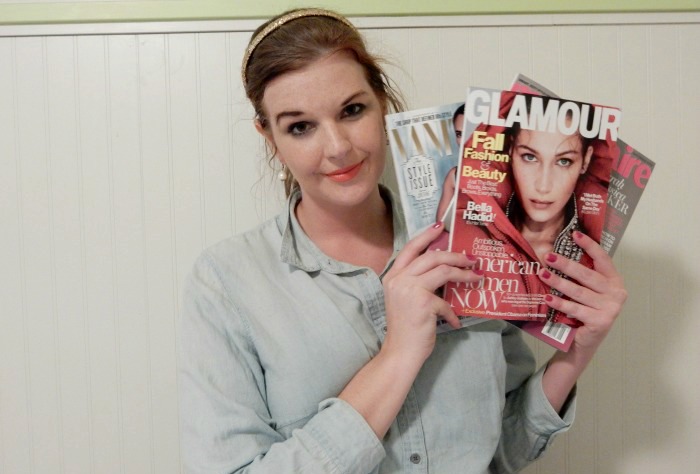 Okay, here we go…I suppose it wouldn’t be fair to judge the September issue covers without starting with the mother of all September issues: Vogue. This year, Vogue and Anna Wintour decided to continue their fling with Kendall Jenner and give her the highly coveted September cover. This cover has most previously gone to Beyonce…and who better to follow Beyonce than…Kendall Jenner???

Skepticism aside, let’s review the cover and judge it as fairly . 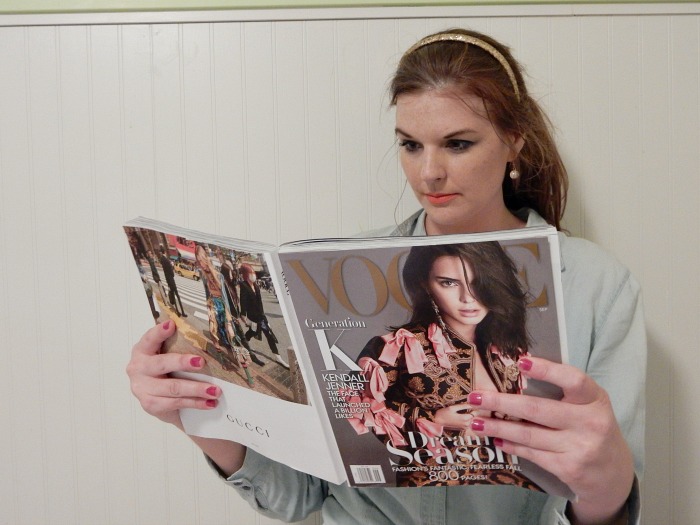 My Thoughts: Kendall Jenner’s in a fashionable outfit. (A fact that might seem obvious but stay tuned, because it is apparently not so obvious on all September issue covers this year.) She’s giving good face with a piercing single eye look. Good hair. Appealing headlines that aren’t distracting and actually do hold intrigue.

Grade: B. Pretty solid effort, Vogue and Kendall. (Although, not sure this is worth the $9.99 cover price.) 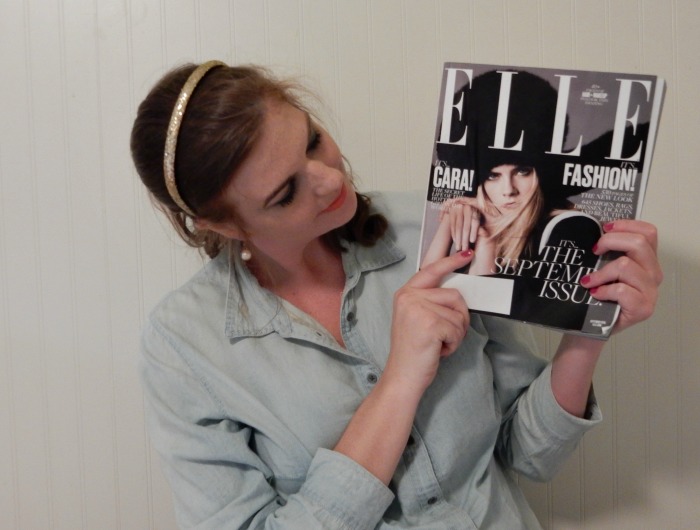 My Thoughts: I always give bonus points to the first September issue to arrive first at my doorstep and this year Elle earned it. So, 10 points to Elle magazine for punctuality and leading the pack.

I salute Cara Delevingne as a cover choice. The timing with Suicide Squad is perfect and I do miss seeing her on my magazines. Whoever styled this cover needs a raise. Monochrome is foolproof and that hat is such a statement! It also makes the perfect backdrop to the Elle headline, which I appreciate from a graphic design standpoint. The feature headlines “Cara” and “Fashion” are pretty weak, but with such a strong pose and look on the cover…I’d be buying this even if I wasn’t already a subscriber.

Grade: A-. If they dropped the headlines and just had the Elle title and ‘September Issue’ text atop that killer photo, it would be a solid A+. 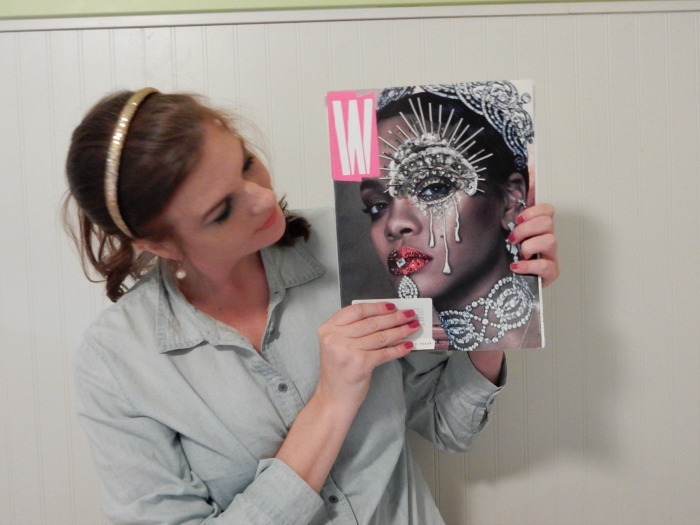 My Thoughts: In 2015, W won “Best September Issue” in my book…so I was expecting big things this year. Big things they delivered by landing Rihanna for the cover. It’s striking. It’s somewhat shocking. It no doubt standouts from the heap on newsstands and will suck anyone in, fashion girl or not. Rihanna and W know what they’re doing. 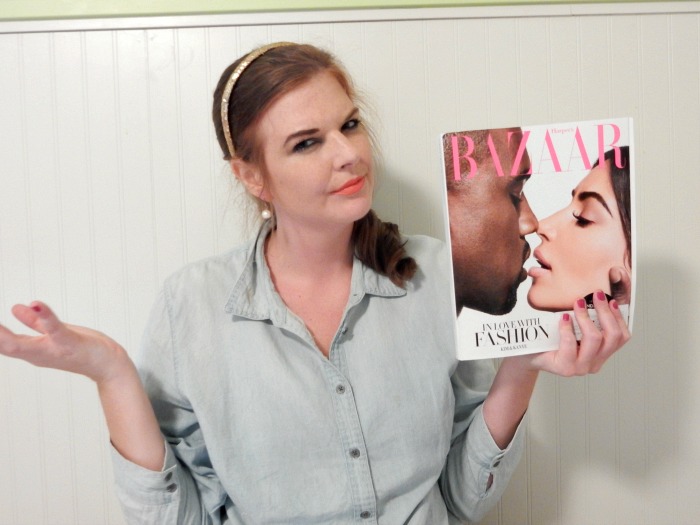 My Thoughts: I see Kimye, but I see no fashion. For Harper’s Bazaar, who has been a strong leader in visionary fashion covers in recent years…it’s a flop. While I’m not the biggest “Kimye” fan, even I know they’re capable of a strong fashion cover. This, is not it. Quite honestly, I’m confused.

Grade: C-. Where’s the fashion? If I wanted this, I’d buy a tabloid. 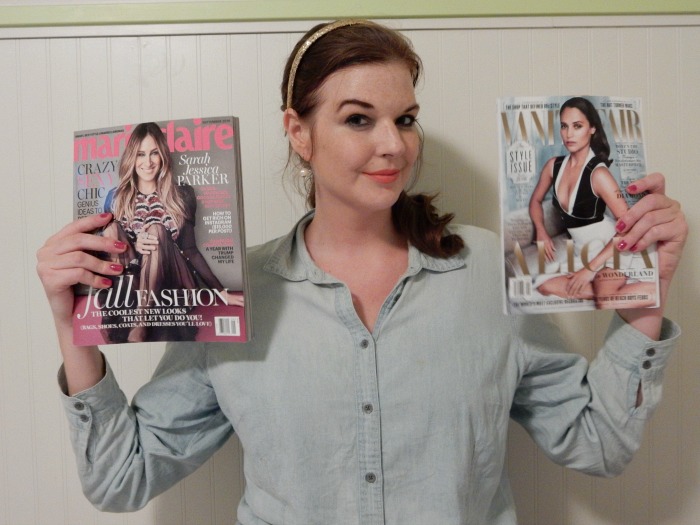 My Thoughts: For kicks, I thought I’d pin Marie Claire and Vanity Fair against each other. Alone, these covers didn’t do much to stand out from the pack, but I think when shown side-by-side they somehow take on more strength. No doubt, Marie Claire‘s approach is more ‘commercial’ and Sarah Jessica Parker certainly knows how to shoot an inviting cover. Alicia Vikander on Vanity Fair takes a more subtle and quietly inviting approach. Both covers have great styling and do resonate fall fashion in a compelling way. Who wins??

Grade: Vanity Fair‘s cover creates intrigue and inspires me to want to read on. With Marie Claire, while it’s a nice cover…I feel like I’ve read that magazine, a thousand times before. Vanity Fair: A-     Marie Claire: B 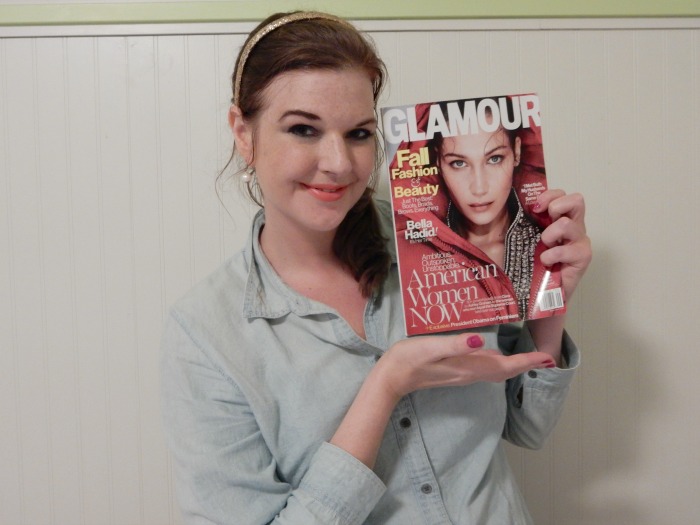 My Thoughts: I think you can see by the way I’m cradling this September issue in my hand, that I 100% approve. Bella Hadid has such a striking look and her eyes are piercing. If Tyra Banks has taught us anything, it’s that the key to a killer photo lies in the eyes. Miss Bella nails it 100% of the time! (Granted, she has strong genetics on her side there.) Fashion-wise, the styling appears to be very strong. By showing just the head shot, it’s taunting me to turn the page to see the full look. That’s the whole point of selling fashion magazines, right? Well done, Glamour.

Grade: A. Nearly an A+. They should have made ‘Bella Hadid’ the boldest text to best compliment her slaying gaze. 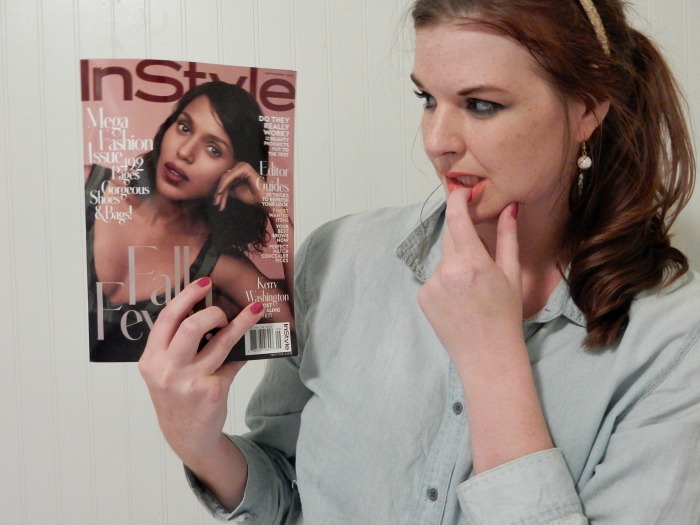 My Thoughts: If I had to vote a fashion magazine off the September Issue island, it would be Kerry Washington’s flat In Style cover. When I say it’s flat, I’m not just talking about the hair. As I sit here writing this post whilst overcoming pneumonia, I feel like turning this into a “Mood” meme for Twitter. Traditionally, September issues are the biggest of the year as they welcome fall fashion with open arms. Why In Style would choose a semi-sedated cover to usher in fashion’s biggest season? Beyond me.

Grade: D. I think if In Style swapped the drab pink background for a crisp white it would help liven things up, but overall this cover is giving me mono.

And the September issue cover winner is….?

Since we are judging September issue covers here, it seems only right to name a winner. I narrowed down the heap to a top three of Cara Delevingne on Elle, Bella Hadid on Glamour and Rihanna on W. All great covers – but I can only dub one as the BEST September cover of them all. Who wins?

Big surprise…Rihanna on W Magazine! (I mean, can you really go wrong with Rihanna? Or W?) 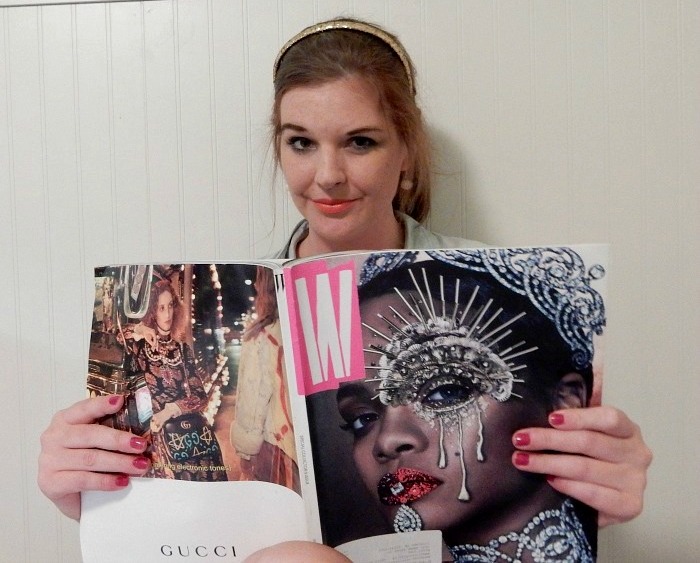 While I head off to read this massive September issue and drool over Rihanna’s insane spread that features custom Margiela by John Galliano *drool*, I encourage you to weigh in!

Whose September issue cover do YOU think takes cake? Also, whose cover do you think most misses the mark? C’mon, I know you’ve been judging just as hard as me…spill the beans. *wink*