After several seasons of disco night glam, Versace introduced a new more militant look at Milan Fashion Week for Fall 2014. Fear not, the sexy attitude, fierce cuts and fancy footwear are all still there. It’s the Versace we know and love, just with a fresh face lift.

>It’s a fun idea, to bring military lapels to skirts, necklines, hips and boots. And really, who doesn’t love a military jacket so why not expand into other corners of your wardrobe? Clothes aren’t so firmly structured though. Instead they sort of swish down the runway with the a-symmetrical hemlines floating behind. 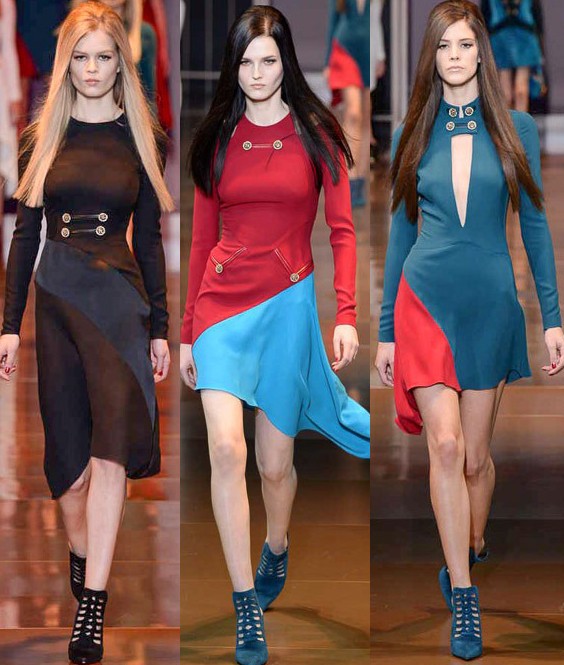 Favorite part of this collection for me though, is the footwear! I love the above cutout booties so very much!

I think they look really cool on their own over over tights. Everyone knows the best thing about fall is boots. And this collection explores boots, boots, and more boots! I also really love the ornate over-the-knee boots that introduce some embroidery to footwear. 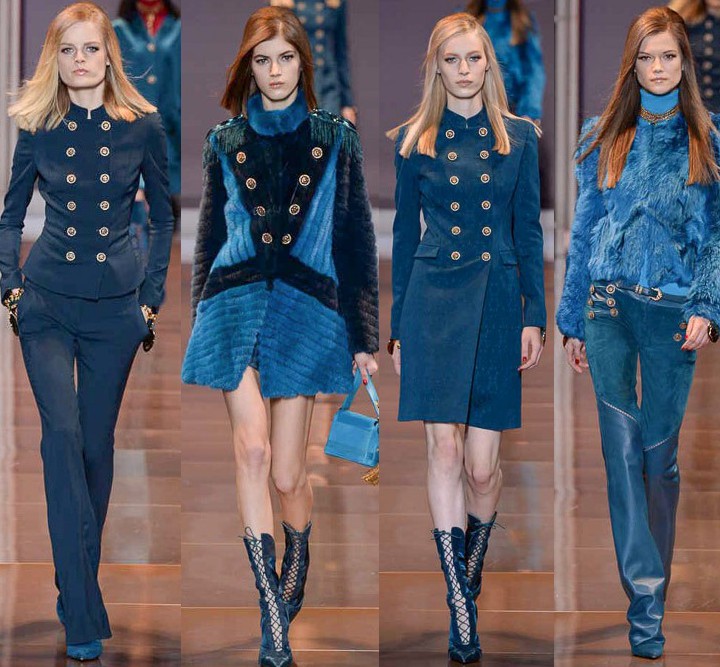 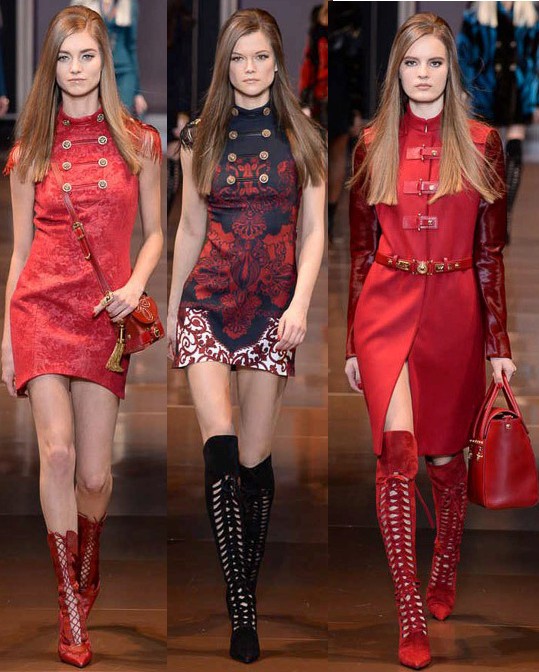 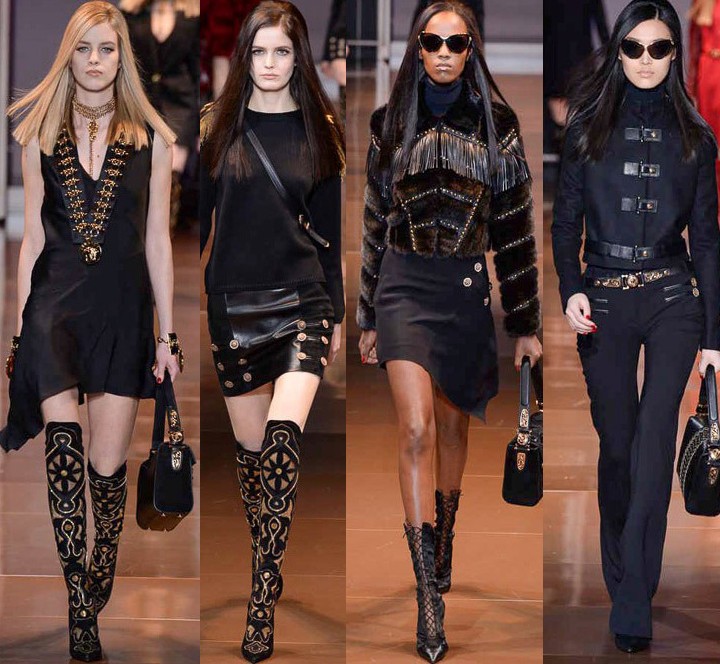 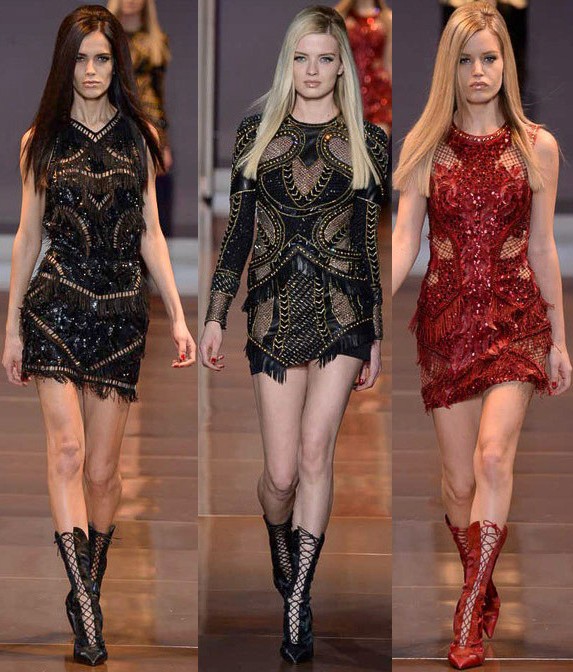 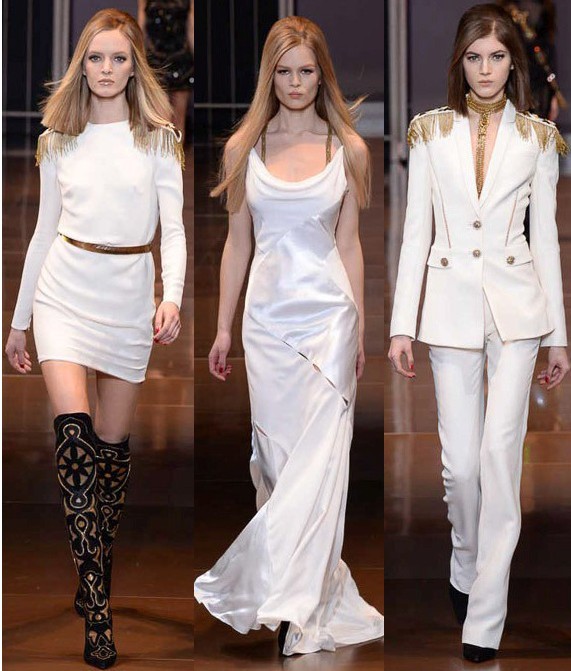 This Versace speaks to me more than Versace has spoken to me in a while. Not that the disco scene wasn’t beautiful in its own right, it just was far less my style than these more structured looks. This collection is loud and bold, but still very wearable. I love the boots, obviously. (Especially the over-the-knee boots that introduce embroidery to the footwear.) I love the military lapels and shoulder decorations. Everything is much more streamlined.

Plus, now that Gaga is the celebrated face of Versace, I’m of course excited to envision the future ad campaign. Gaga + Donatella = best power duo, ever!

Previous:
MFW : Moschino : You Are What You Eat
Next:
MFW : Roberto Cavalli Fall 2014 Collection
Subscribe
Login

i love the hairstyle with the military jackets.