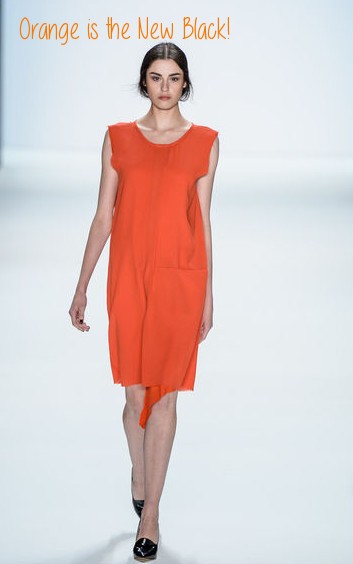 Orange is the New Black, and I’m not talking about the quirky Netflix comedy! (Though, I do agree it’s also great.) Spring 2014 runways were filled with an orange lip as the standout new trend in beauty. Seen at such shows as Prabal Gurung and Creatures of the Wind, orange became the new lip statement – and it’s one flattering look on all skin tones.

More recent, last week’s Berlin Fashion Week was swimming in orange looks. Fall 2014 take orange beyond the lips, putting it into fashion. Worn as an accent or in a full head to toe ensembles, orange was the big, breakout trend of the runways and is sure to continue in the upcoming New York, London, Milan and Paris fashion weeks. 2014 is the year of orange. Sorry Pantone, who recently declared Radiant Orchid as the color of the year, evidence shows you to be very wrong. (Seriously, where did they pull that color? Purple is my favorite color but I haven’t seen it have a big run in a while.)  Orange is having a big run! 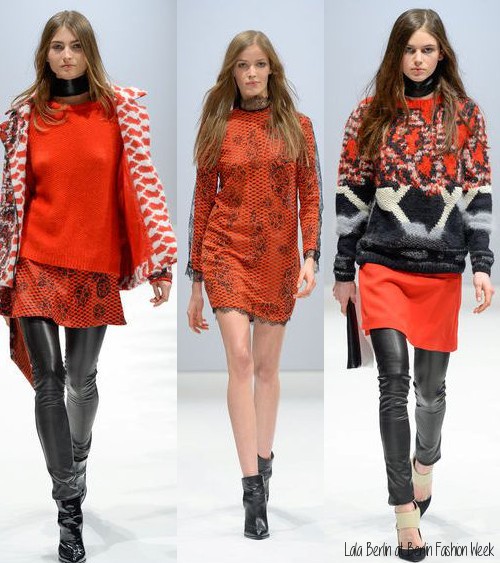 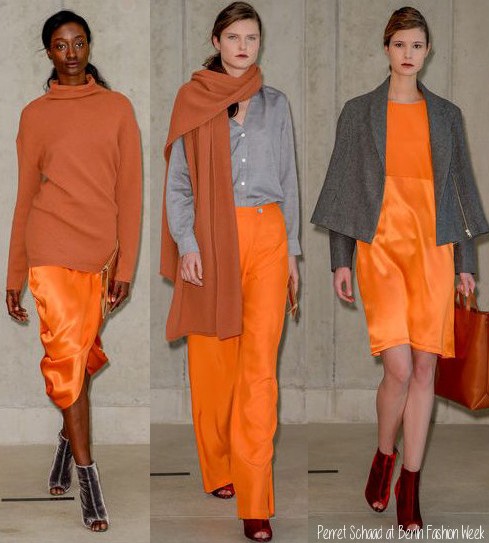 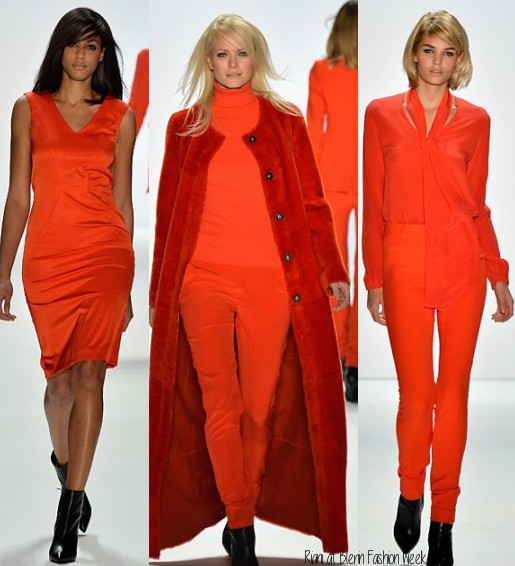 At Berlin Fashion Week, orange was everywhere and worn in every way. I love how versatile this color became. Both Lala Berlin and Riani chose a vibrant, punchy orange for their Fall 2014 collections. Lala Berlin incorporated orange into printed dresses, skirts and sweaters. Riani used orange in solid head to toe looks, with pants, coats, dresses and even scarves. It’s a punkier version of monochrome.

Perret Schaad used softer orange in sleek, minimal silhouettes for Fall 2014. I particularly loved his collection because of the way orange was styled with a mix of browns, blues and even reds. Orange and red, on paper, clash. But an orange dress worn with red velvet, peep toe heels is surprisingly fun! It appears there really are no rules anymore in fashion.

Amidst the awards season circus has been a whole lot of orange lips. Pulled off the Spring 2014 runways, we’re finally starting to see the orange lip in real time action and it looks beautiful on Jessica, Cate and Amy. It’s definitely the beauty trend of the red carpet at the moment. And why not? It’s cheerful, flattering and brightens up ones face and smile. Orange is great also great at making your teeth appear whiter, which is obviously never a bad thing.

If you’re ready to start sporting an orange lip, be sure to check out my orange lip guide to pull this trend off!

Season after season, black and white circulated through all of our closets and I think it’s time we add in a punch of color, and orange is just the one to do it! Let’s be more daring this year, and wear color. Orange is absolutely the new black, and I’m ready for a little color in my life. Viva la orange!

Have you started to incorporate orange into your daily wardrobe and beauty routine? I have, and I’m ready for more! Can’t wait to see how orange is used in upcoming Fall 2014 collections.