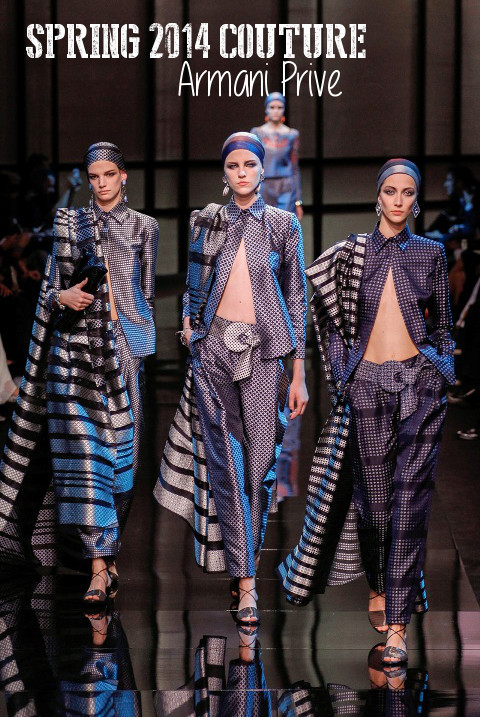 Armani Prive sure knows how to keep you guessing. The Spring 2014 Couture collection hit the runways of Paris on Tuesday, reflecting a whole new side of cool. Fall 2013 couture sung a song of demure lace. For spring, though, delicates are kicked aside for a much cooler, smoother vibe. It’s

With the Academy Award buzz swirling around Cate Blanchett, modern muse of Armani, keen attention was on this line of couture with speculation that her gown of choice is among the ranks. It goes to show just how much reach Blanchett has on the brand. While not in attendance, she was at the forethought of everyone’s thoughts while absorbing the evening gown selections. A cool blue on the Blue Jasmine star’s biggest night? Not a far fetched idea.

But we can’t be sure until the big day, (mark March 2nd on your calendars!). Till then we can only speculate between slinky beaded gowns and embroidered lace. One things for sure, this collection doesn’t need Cate Blanchett’s seal of approval. It very much stands on its own with its sultry and enchanting collection of blues, head wraps and sparkling details. In many ways, this collection seems like a modern take on a Midsummer Night’s Dream with gowns reflecting the blue night sky and bead work that shines like a starry, starry night. 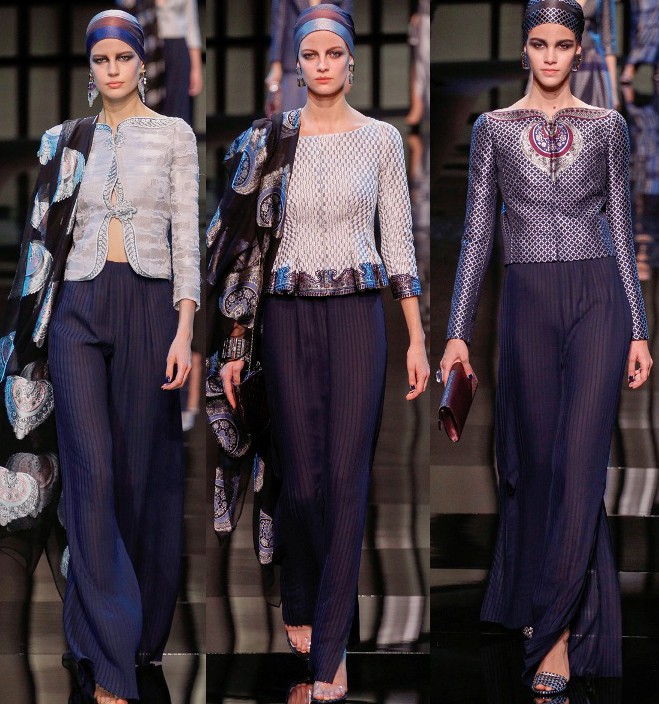 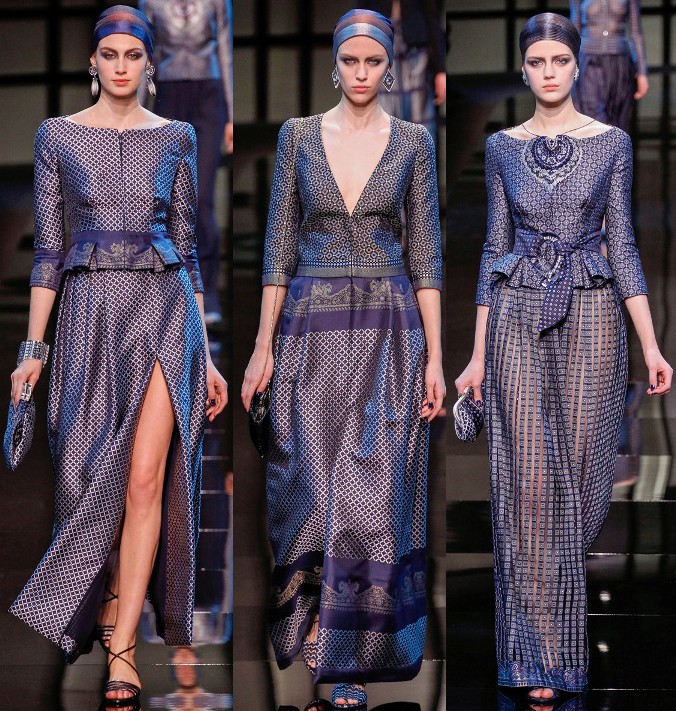 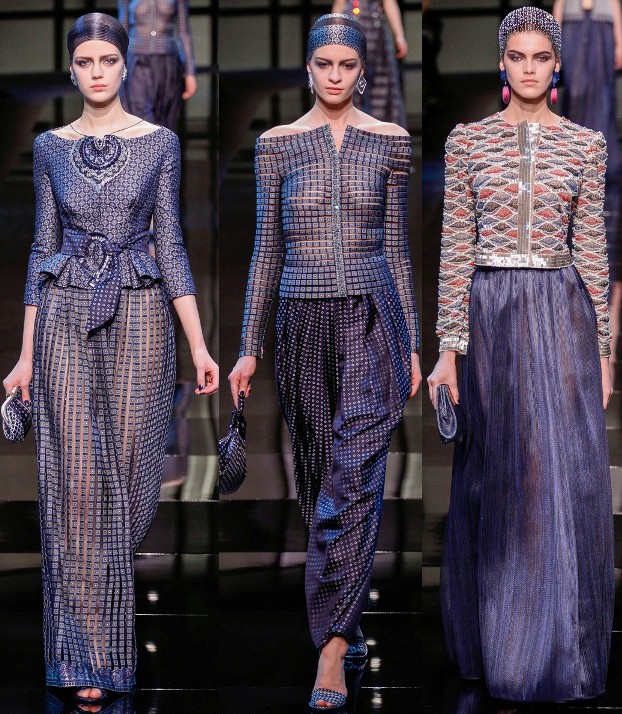 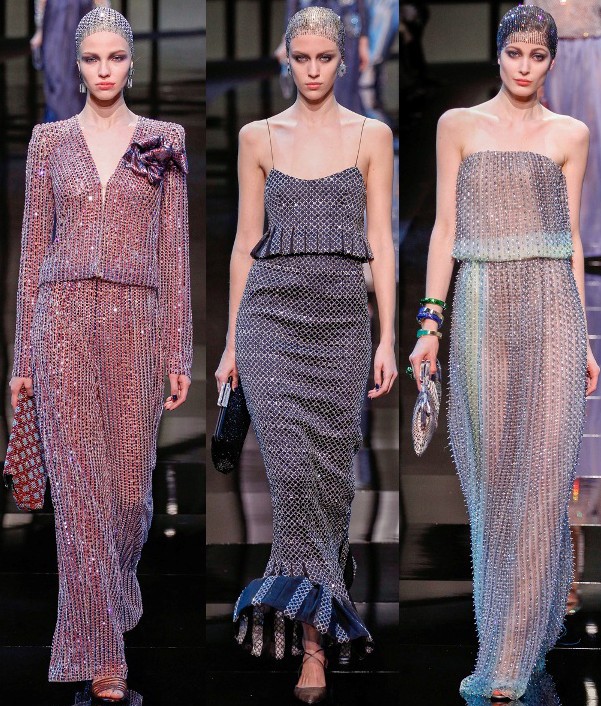 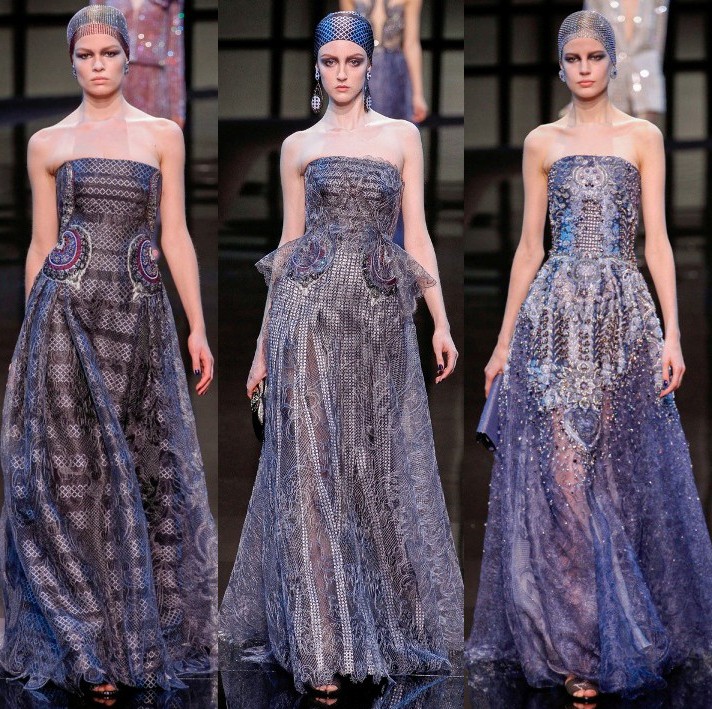 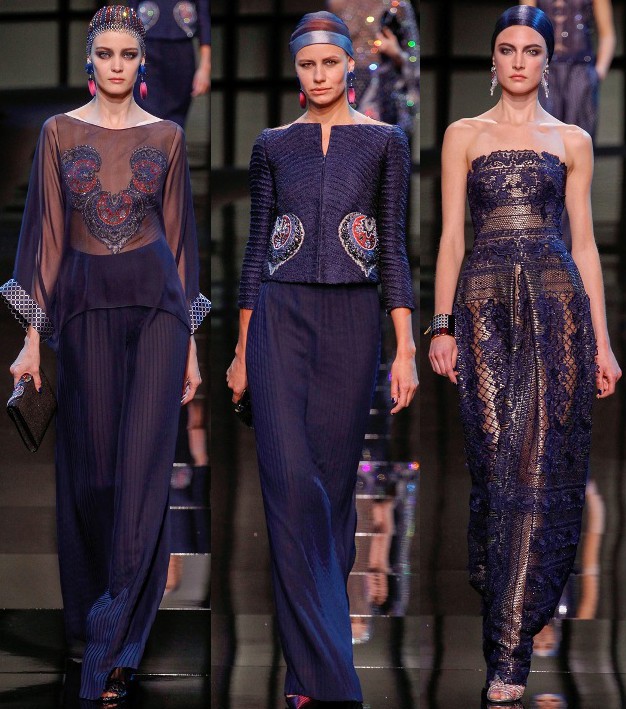 Does one of these gowns have Cate Blanchett’s name on it for the Oscars?