Last night was television’s biggest night, the Primetime Emmy Awards. So of course that means lots of red carpet looks from lots of stunning actresses. I have to say, in terms of best dressed…this is probably the best dressed bunch at the Emmy’s in a long time. Everyone really upped their game so to speak, which is always good to see. (Although I confess I do love when someone dresses totally wacky. Just for the fun of it.)
Here, in no particular order, are my pics for Best Dressed! 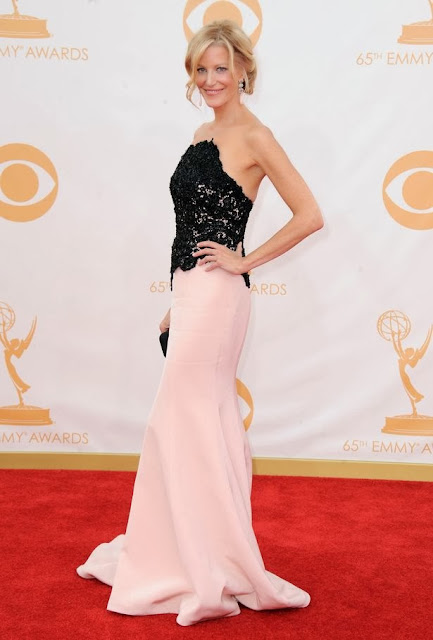 Breaking Bad‘s powerhouse of an actress Anna Gunn had a big night last night as she won an Emmy in her category of Best Supporting Actress. But she also looked amazing. I’ve never seen her look so glowing and gorgeous as she did last night. It made me think back to season one of Breaking Bad when her character was pregnant and wore an awful 80’s prom dress to a fancy birthday party as it was the only thing that fit her. Needless to say, this Romona Keveza dress is far better than any 80’s prom dress. I think she looked fabulous and I’m so happy for her. And really rooting for Skylar to survive the final episodes now as a side effect of such a beautiful dress. 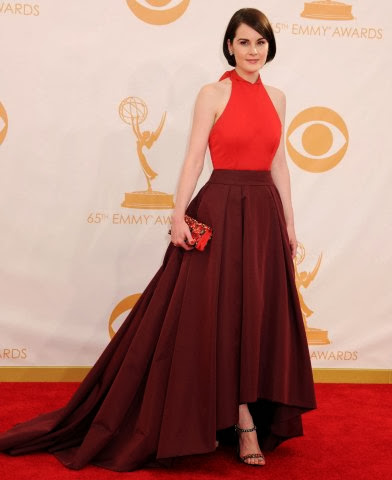 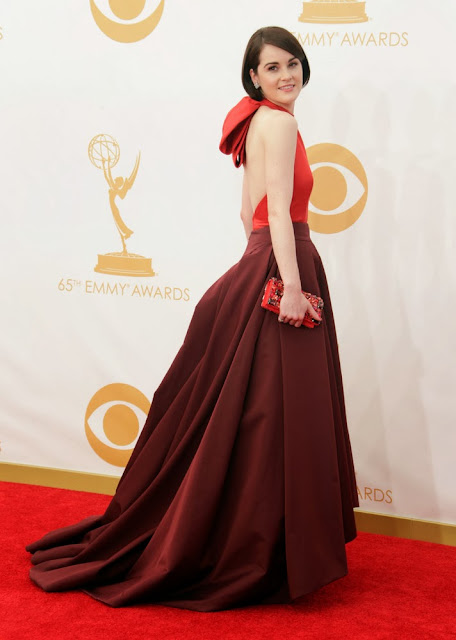 Michelle Dockery in Prada
If traveling across the pond to compete against Claire Danes for an award, you may as well look your best as you’re probably going to lose. Sorry Michelle 🙁 But she looked really amazing in this Prada. I love the full skirt and the low back. Plus that bow is incredible! Michelle’s a bit of a fashionista I’ve noticed. I don’t see her at these things often but every time I do, she looks pretty flawless. Well done! And this is a gorgeous color on her. 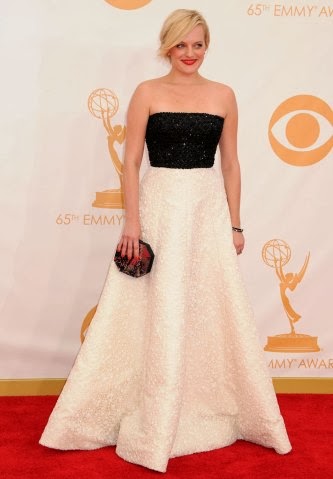 Elizabeth Moss in Andrew Gn:
Mad Men‘s Elizabeth Moss sure has a standard look for the red carpet. Good thing for her, it’s a good one. She was a double nominee last night (and sadly a zero winner) but looked gorgeous in this glittering and simplistic black and white gown from Andrew Gn. I really loved most her blond bob. I’m sure the producers will make her dye it back to brown for the final season of Mad Men, which starts filming soon, but for now I have to say blond suits her well. 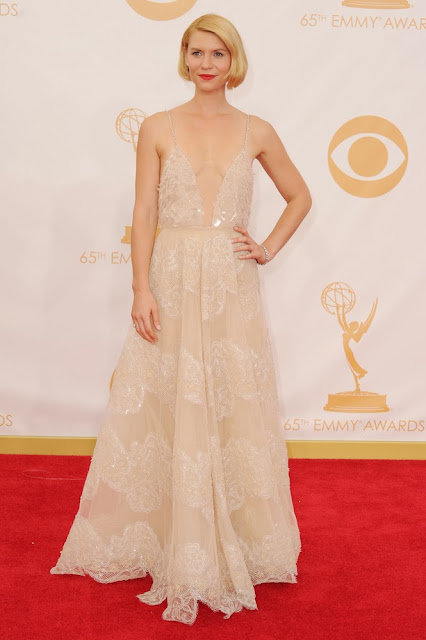 Claire Danes in Armani Prive;
Speaking of blond bobs, Claire Danes sported a blond faux bob last night, created through the wonders of hair magic. It was sleek and really flattering on her and I kind of wish it was real. What was real though was this haute couture Armani Prive from their gorgeous Fall 2013 collection. I almost wish she wore this as-is from the runway, complete with the black poof on her neck because it would’ve really added something. Either way though, she looks gorgeous and the dress is gorgeous. Arguably one of the best dressed women in Hollywood no matter what the occasion. 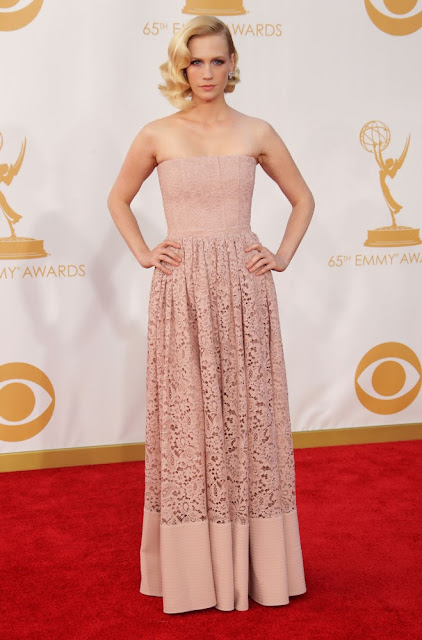 January Jones in Givenchy:
Another Mad Men star that looked really amazing last night was January Jones in custom Givenchy. January usually goes the dramatic route on the red carpet, so it was especially fun steer away from the Versace in the direction of something soft and feminine. She looked absolutely stunning and really went for the Old Hollywood look she’s often mentioned in reference to (can we say Grace Kelly?). I’m really excited to see where her career goes once her reign as Betty Draper is over because I’d love to see her take off a bit. 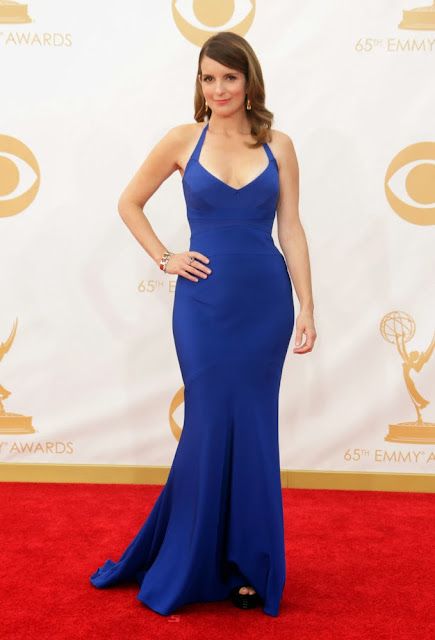 Tina Fey in Narciso Rodriguez
Last, but certainly not least, is Tina Fey in a surprising burst of color. We often see Tina wearing blacks and navy so this was a lot of fun (for me anyway). I love her retro hair and makeup as well. It really flatters her bone structure. I know that sounds like, kind of silly to say, but it really does frame her face. Tina Fey is one of the realest women in Hollywood so you’re always rooting for her to do well and when she takes home an Emmy and wears a killer dress, you wanna chest bump her or something. So…*chest bump*
And that concludes my picks for Best Dressed at last night’s show. There are other looks I really liked, but these are my standouts. Who stood out to you as best dressed?
xoxo
Kelly
Previous:
What’s In My….September Ipsy Bag!
Next:
2013 Primetime Emmy Awards: Worst Dressed
Subscribe
Login